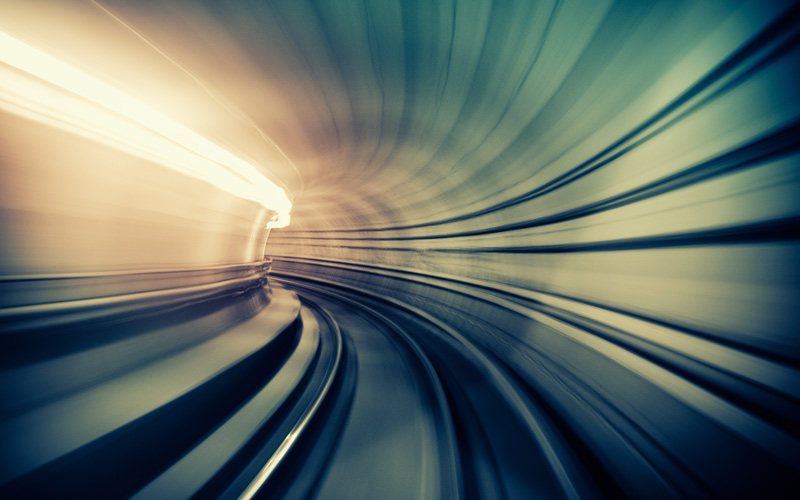 No one is more committed to ensuring that we live in a science fiction utopia that Elon Musk. At the TED Conference last month, Musk discussed his plan to build a “3D network of tunnels” beneath Los Angeles to reduce traffic, and he debuted a video demonstrating how the system would work (spoiler: it involves robotic sleds that whisk cars through tunnels at 125 miles per hour).

Today, Musk revealed the progress his tunneling operation, the Boring Company, has made, releasing videos of the tunnel he’s digging on his SpaceX property in Hawthorne and a prototype of the electric sled.

Musk doubled down on his assertion that, after this test tunnel is completed and he begins work for real, his tunnels will run, first, from LAX to Culver City, Santa Monica, Westwood and Sherman Oaks, and then all across greater L.A.

He also shared a video of hist current tunneling machine operating at standard industry speed—and made it clear that he intends to get things moving at least ten times faster.

Lastly, he posted a video of a test run of the electric sleds that would transport cars through the tunnels, “automatically switching from one tunnel to the next.”

As for whether his tunnels would be safe during an earthquake—the primary concern that comes to mind when anyone hears of this project—well, he’s already addressed that fear, sort of.

Get Up Close and Personal with Tesla’s Idiosyncratic Cybertruck