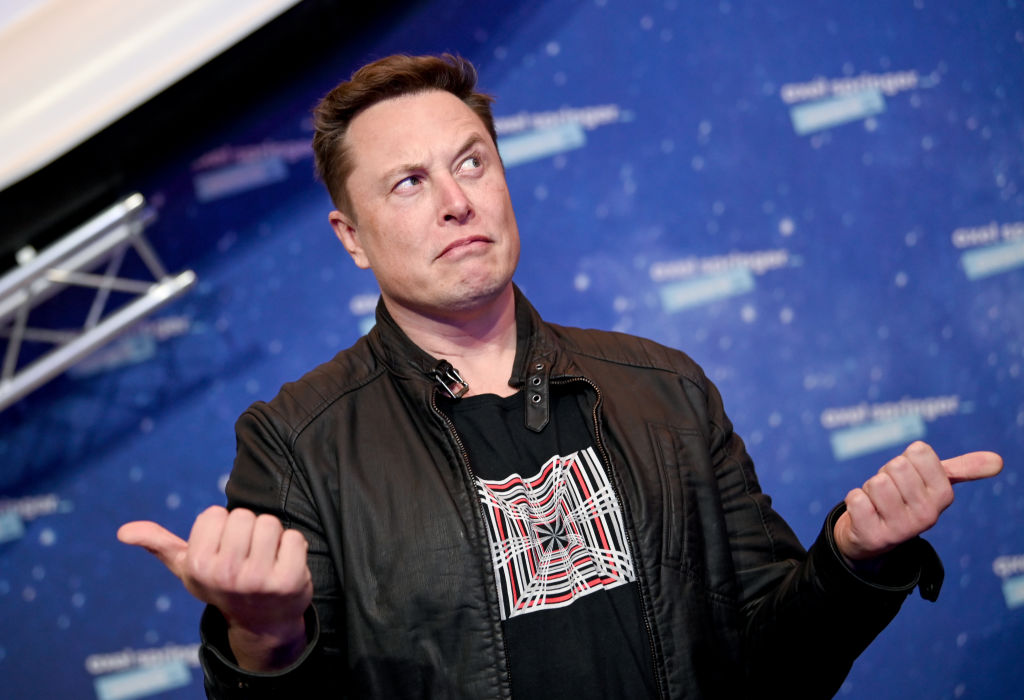 Kylie Jenner recently got some possibly unwelcome attention for zipping around on private jets for trips that amounted to 17-minutes each way, but Elon Musk has her beat by a healthy margin.

Jack Sweeney, the 19-year-old who publicized Jenner’s trip on his Twitter account CelebJets, says the SpaceX king is in the habit of making even shorter sorties, and more often. While these luxurious outings may seem reprehensible to mere earth-crawlers, Sweeney told CNBC that the visceral reaction to Jenner’s jetting was only surprising to him because there’s no public outcry when Musk gets airborne just a few minutes at a time.

Sweeney says that Musk has frequently flown from Los Angeles International Airport to Hawthorne Airport—a six-mile distance and a ten-minute drive apart, making for a roughly five-minute flight. This is, of course, far shorter than Jenner’s 40-mile flight from Camarillo to Van Nuys.

“I’m not really [surprised] people react,” Sweeney told CNBC . “There are so many reasons they have to be surprised. The fact that [flights] are even trackable, that it’s a celebrity and it’s a quick flight.”

Sweeney currently attends the University of Florida as a sophomore but also writes software for UberJets and controls 30 Twitter accounts that track the private jets of billionaires, celebrities, and Russian Oligarchs. ElonJet is by far his most popular account with just shy of 500,000 followers. It went viral in January when Sweeney declined Musk’s offer to take down the account for $5,000.

He notes that the data can sometimes be deceiving, as short flights are often just a result of a pilot dropping off a passenger at one airport and then parking the plane at another nearby.

Sweeney has been criticized for violating celebrities’ privacy, though the code is pulled from public data on websites like ADS-B Exchange. He added that “People have the private planes, they post all of these pictures on them… it’s not a secret.”

Whatever the reasons for the quick jet jumps, it seems celebrities will now be expected to explain them.

Responding to Elon Musk’s Countersuit, Twitter Subpoenas All His Pals

Daily Brief: Why Gas Is So Much More Expensive In California