Home News Can We Get Through This Election Season with Our Mental Health Intact? 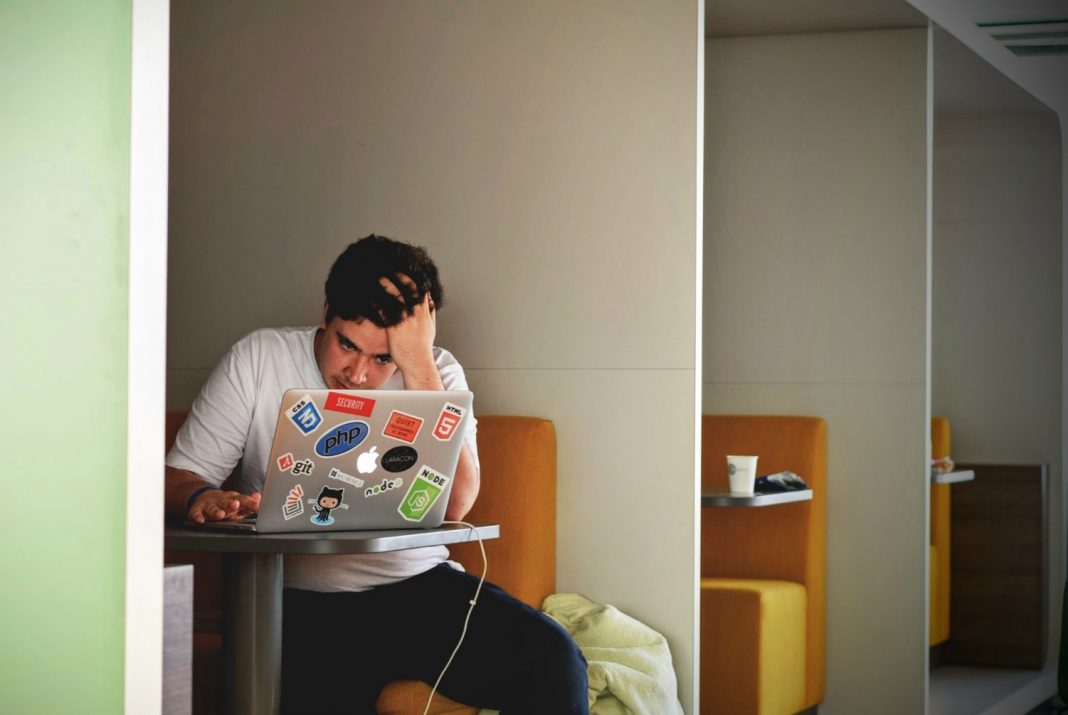 How do you win against a political party that will do anything to hold onto power? How do you communicate the significance of the November election to undecided voters without resorting to primal screams? Is it possible to have a pulse and not pass out from a panic attack when considering everything that currently hangs in the balance?

These are all questions that have swirled around Taylor Minas’s head over the past several days, as Donald Trump repeatedly refused to commit to a peaceful transfer of power following Election Day. The filmmaker, who lives in Eagle Rock, also wonders if she should have an exit strategy in place should Trump declare himself the winner of the election.

“Sometimes it feels like there’s no coming back from this. Like you’re just watching our democracy be destroyed and then being gaslit about it,” she says. “As a Jew, it’s hard to be like, ‘Well, let’s just wait and see what happens.’”

There’s the significance of Ruth Bader Ginsburg’s death to ponder, Trump’s repeated attacks on mail-in voting, that bombshell report on his apparent penchant for tax avoidance—plus, of course, the pandemic, the scourge of racial injustice, the wildfires, and that not-so-little earthquake that rattled more than a few frayed nerves on the night of Ginsburg’s death. “I’ve been having panic attacks regularly in a way I haven’t in many years,” Minas says.

So, she’s considering getting a visa to Italy or Canada—”not that they want us”—and trying, when it doesn’t feel impossible, to stop doomscrolling. “My partner doesn’t let me tell her any information about the news when we wake up or before bed,” she says. “She has boundaries, unlike me.”

When it comes to feelings of hopelessness and despair about the election, Minas is far from alone. According to the therapist Dr. Steven Stosny, who coined the term “Election Stress Disorder,” many of us are lashing out at partners after reading political news. “I think the reason it’s worse is because the 2016 election never really ended,” he told the New York Times. “This is still a hangover from that. And negative emotion is more contagious than positive emotion.”

A survey from research firm Gartner found that 47 percent of workers believed, even back in February, that the 2020 election had distracted them from doing their jobs. That survey’s results echoed a November 2019 report from the American Psychological Association that found 56 percent of U.S. adults considered the presidential election to be a “significant source of stress”—and that was way before mailboxes were being removed and Trump was encouraging followers in at least one key state to vote twice.

Plus, we now have the pandemic to worry about. Thirty-five percent of Americans currently meet the diagnosis of generalized anxiety disorder or major depressive disorder, according to an ongoing weekly poll of 900,000 Americans conducted by the Census Bureau. In California, the rate was 39 percent this month, down from a high of 44 percent in July. Overall, the numbers have quadrupled since the virus emerged.

Therapists’ calendars are already booking up for November, according to one report that emerged last month, as an influx of folks anticipate needing extra support around the election. L.A.-based marriage and family therapist Lucy Rimalower says the nomination of a conservative replacement for Ginsburg’s seat on the highest court in the land is intensifying her patients’ anguish.

“Trauma is coming up for my clients who are Black, POC, women, and LGBTQ—and especially folks at the intersection of those identities—where it feels like Ginsburg’s death means, ‘This is a cancelation of my rights and it is not going to be safe for me to be here anymore,’” she says.

She counsels clients to continue “laying out the welcome mat” for their feelings while trying to stay present. “The lens I keep returning to is: How do you take care of yourself in this moment and leave space and flexibility for yourself to make plans and decisions as we get more information?” she says. “Anxiety likes to tell us stories that haven’t been written yet.”

“Anxiety likes to tell us stories that haven’t been written yet.” —Therapist Lucy Rimalower

On Twitter, where many are now seeking connection during the pandemic, she notes that it’s hard to maintain any semblance of emotional equilibrium. She encourages her patients to check in with themselves before and after logging in.

What helps the most, according to experts, is focusing on things within your locus of control—whether that means writing postcards to undecided voters, calling congresspeople, donating, or protesting. Rimalower says more of her clients are taking part in their local elections. “People are texting, phone banking, and showing up to Zooms,” she says. “In a way, the pandemic is making us feel closer to what’s going on in our neighborhoods.”

Efrén Pérez, a professor of political psychology at UCLA, believes the anxiety and uncertainty surrounding COVID-19 could actually be suspending people’s normal political habits, strengthening more hard-line political views in some while pushing others away from politics altogether.

“It’s plausible that some individuals who are already the least predisposed to participate in politics will become even less engaged,” Pérez says. “I wouldn’t be surprised if voter participation levels are lower than what you’d expect because more people are depressed.”

Conspiracy theory groups that have flourished online are another eminently human reaction to uncertainty, Pérez adds. “For all the braggadocio you see in these people protesting masks, it really stems from this question of, ‘Where do I belong in a world that is hard to predict and control?’ You buy yourself some of that control by latching onto groups that seem counterintuitive to outsiders.”

But he sees our fears around election security as potentially productive for the future of our democracy, noting that it may help a majority of Americans understand what it’s like being part of a historically disenfranchised minority.

“Ask an older Black person from the South or a Mexican-American who has been here for four generations in the Rio Grande Valley what it feels like to be disenfranchised,” Pérez says. “Yes, it’s a different tone today, but they’d probably say the underlying melody sounds familiar.”

“In that sense, it’s a potential teaching moment,” he adds. “This could be a time to empathize with those who have been marginalized and have a deeper conversation about disenfranchisement on a wider scale than ever before.”

If you are struggling with suicidal thoughts or worried about someone who is, call the National Suicide Prevention Lifeline at 800-273-8255 for confidential support 24/7, or text HOME to 741741.

RELATED: For Presidential Impersonators, Playing POTUS in a Divided Country Can Be a Dangerous Game