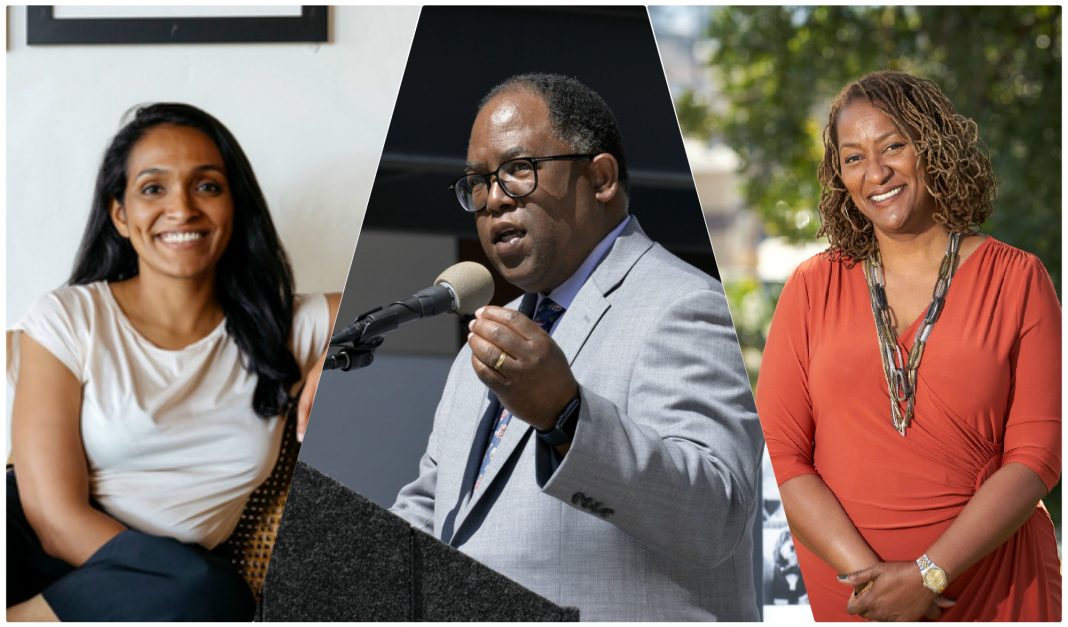 As the sun rose this morning, Donald Trump and Joe Biden were sparring over the voting results in five swing states. In Los Angeles, meanwhile, Registrar-Recorder/County Clerk Dean Logan announced that 3,186,572 votes had been processed and counted, putting participation at 55.8 percent, a figure that will climb as many more mail-in, provisional, and other ballots are delivered to the vote tallying center in Downey. Yes, Downey.

While an air of uncertainty remains, the results so far provide several crystal-clear lessons about life and the future of electoral politics in Los Angeles. Here’s a rundown of some new truths.

1. The Progressive Wave Has Crashed Into Los Angeles

In June 2018, former Bernie Sanders organizer Alexandria Ocasio-Cortez shocked New York by knocking off entrenched Congressman Joe Crowley in the Democratic party primary. Twenty-nine months later, the outsized ripple effect of that victory landed in Los Angeles, as a pair of progressive candidates surged to leads in key races. According to the “semi-final” results from the Registrar-Recorder, George Gascón had 53.8 percent of the nearly 2.8 million votes that had been cast in the District Attorney race, putting him on pace to bounce incumbent Jackie Lacey. In the contest for the Fourth District City Council seat, meanwhile, first-time candidate Nithya Raman, who was endorsed by Sanders, held a 52.4 percent to 47.6 percent advantage over incumbent David Ryu. If she holds on, it will be the first time since 2003 that a Los Angeles council incumbent has lost.

Neither Lacey nor Ryu are dark-red Republicans. In fact, each is a diehard Democrat, and Ryu in particular took pains to establish his left-leaning bona fides. However, progressive forces latched on to Gascón, who trumpets criminal justice reform, and Raman, who aggressively cited the need for environmental activism and spurring the creation of more public housing, among other stances.

It’s worth noting that neither race is over, and leads could narrow, or results could even change, as thousands more ballots are tabulated. But progressive politics may end up being the big winner of the local election.

2. No One Is Invincible

For 15 years, Herb Wesson was a dominant figure in Los Angeles politics. The former speaker of the State Assembly spent eight years as president of the city council, and threw his weight around, often seeking to position himself as a sort of alt-mayor to Eric Garcetti. He was feared by many and only the bravest dared cross him. When Wesson announced his run for County Supervisor, most assumed it would be a slam dunk.

The race for the Second Supervisorial District and its 2 million residents has been a dunk all right, but it’s State Sen. Holly Mitchell who is slamming it home; by Wednesday morning she had a commanding 60.9 percent to 39.1 percent lead over Wesson, and with approximately 462,000 votes counted, she was clobbering Wesson by more than 100,000 votes. A flood of bad press, including Wesson’s close ties to disgraced former City Councilman José Huizar, looks to have contributed to his loss.

Of course, give credit to Mitchell, a ten-year veteran of the state legislature who boasts deep experience with the budget process. She earned the victory, and in the process reminded everyone that even political giants can crash hard.

In 1897, Mark Twain famously riffed on how reports of his death were being exaggerated. Now, 123 years later, another Mark can claim the same.

To be fair, no one said that County Supervisor Mark Ridley-Thomas was doomed in the race for the District 10 City Council seat, but after he earned 44 percent in the March primary and was pushed into a runoff by attorney Grace Yoo, some whispers and text chains posited that he might be vulnerable to a political outsider.

So much for that. Ridley-Thomas, a savvy and experienced politician with nearly three decades in a variety of city, county and state positions, crushed Yoo. The semi-official tally gives him a 61.25 percent to 38.75 percent lead, as well as a whopping 15,000-vote advantage. There is nothing soft about the win, and for those who like to look into the future, the decisive victory means Ridley-Thomas must be considered formidable if he elects to run for mayor in 2022, when Garcetti is termed out.

4. The Electorate Is Forever Changed

In 2015, Angelenos voted to change the City Charter and shift election day from odd-numbered years to even years, and align local voting with state and federal ballots. This was an effort to boost a sickly turnout rate; after all, the 2013 mayoral primary drew just 21 percent of eligible voters.

The move took effect this past March, and the results were jaw-dropping. Now, they have advanced to astounding.

Take District 4. In the March 2015 primary, 24,378 people voted in the City Council race. This past March, 76,660 showed up. Now, more than 107,000 ballots have been counted in the Raman-Ryu contest, with more to come. Participation has more than quadrupled.

The surge appears to have brought many people to the polls who are younger and rent apartments. The days when L.A. elections were dominated by conservative homeowners look to be deader than a doorknob. Every future candidate for any city office needs to think different.

5. There Are Second Acts

Remember early March, before the coronavirus dominated every conversation? People waited hours to cast a ballot as the highly touted new Vote Center system, with tablets instead of InkaVotes and regional hubs replacing neighborhood polling places, seemed at risk of becoming the Edsel of electoral politics. After the election, the County Board of Supervisors raked Registrar-Recorder Logan over the coals.

One never knows what will happen in the coming days, but Logan looks to have recovered. Election Day went smoothly in Los Angeles, with few long lines, though the fact that ballots were mailed to all 5.6 million registered county voters undoubtedly helped. Additionally, the counting process was swift, with the first results, for more than 2 million early votes, released shortly after polls closed. No one is calling for Logan’s head.

Consider this the best second act since Hamilton, though one with a far better outcome than that suffered by the title character…who come to think of it, also had an impact on electoral politics.