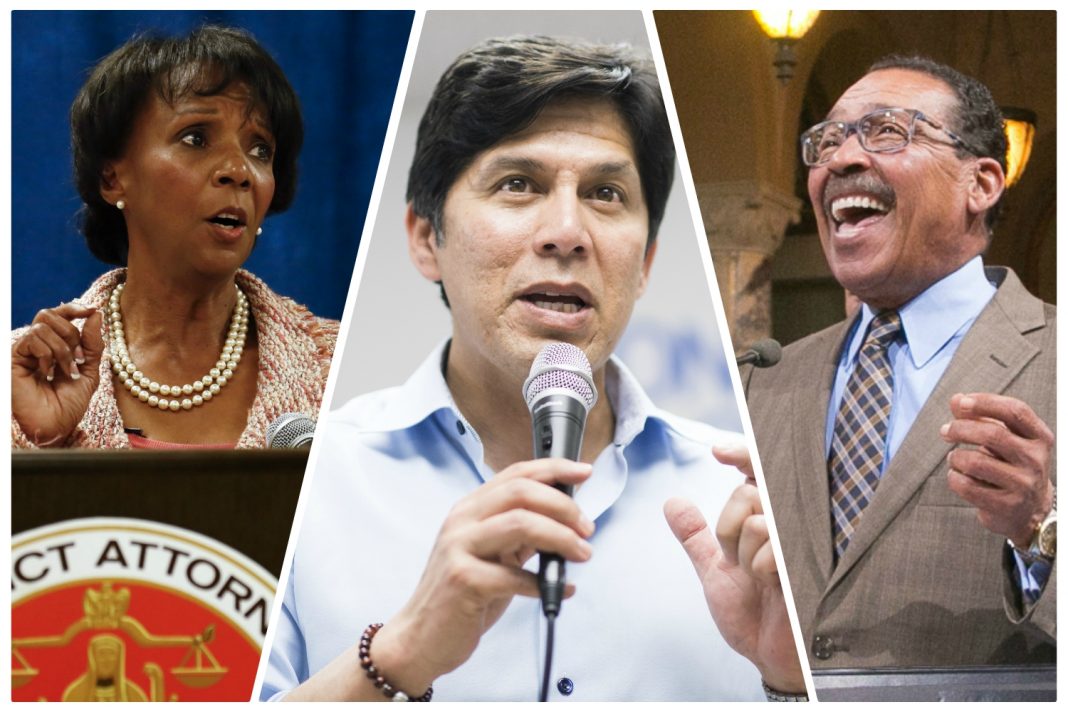 The run-up was endless, but finally, Election Day in California is over. While the Bernie vs. Biden battle moves on to the next battleground state, in Los Angeles a lot of questions have been answered.

That’s a lot of questions, but not all of them, and the wiggly factor is due to the molasses-slow revealing of results. By 6:45 a.m. about 485,000 vote-by-mail ballots had been tabulated, and 651,000 in-person ballots had been counted, but additional votes are still being tabulated.

What election day did yield is finality in some local races, with a selection of future city and county leaders revealed. But in other instances, March 3 proved to be only step one, and a collection of candidates will gird for battle again, though that battle is, egads, eight months away—the runoff elections will coincide with presidential voting in November.

With some of the dust settled, and a mountain of remaining votes, here are a few of the winners and losers on the local political scene.

L.A. County Registrar-Recorder/County Clerk Dean Logan oversaw a $300 million overhaul of the antiquated InkaVote system, and spearheaded the effort to install a modern alternative that employs touch-screen tablets. The changes included replacing 4,500 polling places with approximately 970 regional Vote Centers that were open for between four and 11 days. While people who hit a Vote Center from February 22 to March 2 had an easy and likely quiet experience, the vast majority of Angelenos procrastinated, and voting spots across the region were inundated on Tuesday. Huge crowds showed up and Twitter exploded with aspiring voters venting over infuriatingly long lines and centers that held too few machines. Some people waited for hours, others threw up their hands and walked away, and the D word—disaster—was invoked frequently. In the coming days Logan will feel a lot of heat, and there will be demands for explanations of how things went wrong. Expect a bevy of changes before the November general election.

The veteran politician and former President pro Tempore of the state Senate galloped to victory and appears to have avoided a runoff in the 14th District City Council contest, scoring 53.5 percent of the vote (as of 6:45 a.m.) in the race for the seat that includes Downtown L.A., Boyle Heights, Eagle Rock and other Northeast L.A. neighborhoods. A distant second was Cyndi Otteson, who with 18.1 percent could barely make out de León’s backside. The rollicking win—secured after De León raised a blistering $835,000, and benefited from another $510,000 spent on his behalf by independent groups—means he’ll succeed a termed-out José Huizar. The question is, for how long? Although de León steamrolled four other candidates, many expect that the incoming councilman will run for mayor in 2022.

As election day approached, it seemed like the two-term District Attorney was facing a serious threat. She was being challenged by George Gascón, the ex-San Francisco DA and onetime LAPD higher-up, and former public defender Rachel Rossi. Indeed, much of the pre-voting rhetoric focused on a pair of progressive candidates and the threat they posed to a comparatively more conservative law-and-order incumbent. Apparently, no one told Lacey or her supporters that she was in trouble, because she stomped the competition. Early this morning Lacey had 50.7 percent of the vote, nearly double the 26.8 percent that Gascón, in second place, claimed. If Lacey avoids a pesky runoff, then she gets another four years. Then again, if she falls below 50 percent things could be mucked up eight months down the line. It’s a big Lacey win… at least for the moment.

Yes, Lacey looks likely to hold on to her post, but when history writes the story of her race, there will be an asterisk the size of a bolder. That boulder is on the shoulders of her husband, David Lacey, who almost no one in L.A. had ever thought about before March 2. Yet that morning, he opened his front door and pointed a gun at Black Lives Matter protesters who had gathered on his porch. While a protester filmed, he waved the firearm and proclaimed, “I will shoot you.” It could have been worse, as someone could have been shot, but when the best thing you can say about a situation is that it could have been worse and someone could have been shot, then it’s an indicator of serious trouble. Jackie Lacey may still have her job, but David Lacey could face legal repercussions.

The controversial sheriff was not up for re-election, but he suffered a blow anyway when more than 71 percent of county voters approved Measure R, a reform-minded effort to give greater investigative and subpoena powers to the Sheriff Civilian Oversight Commission. This makes it easier for the panel to dig into activity it deems suspicious, and further deepens a divide between Villanueva and the county board of supervisors. The measure also requires the oversight panel to come up with a new plan to uncover alternatives for incarceration.

Incumbent council members almost never lose their seats, and Fourth District rep David Ryu may indeed hold on to his post. But an early election night lead was slowly dissipating, and early this morning he stood at 46.75 percent, below the 50 percent threshold needed to avoid a runoff. In second and climbing, with 38.3 percent, was Nithya Raman, a former employee of the City Administrative Officer who also recently helmed the women’s rights organization Time’s Up Entertainment. Ryu may claim a first-place finish, but he also had high name recognition and a staggering war chest of $1.04 million. Again, results could change, but Raman’s grassroots push looks to have resonated with a sizable number of voters. The apparent result is that instead of fully focusing on leading the district for the next eight months, Ryu has to try to fend off Raman.

The former City Council president seemingly had everything lined up in his quest to claim the Second District County Supervisor seat being vacated by a termed-out Mark Ridley-Thomas: Wesson boasted the biggest war chest, endorsements from the political establishment and a battery of union-affiliated political action committees that spent huge to assure his victory. But despite all those advantages, Wesson collected just 32 percent of the vote, according to early morning figures. To be sure, he’s in first place, with a lead over state Sen. Holly Mitchell, who had 25.5 percent, but winning fewer than one-third of the votes when you are as well-known as Wesson has to be a blow. The runoff is coming, and so are the calls for financial support.

No, the L.A. mayor wasn’t running for anything and didn’t have any big initiatives on the ballot. But the guy he endorsed in January, Joe Biden, scored big on Super Tuesday, claiming ten of the 14 states that were up for grabs as moderate candidates Pete Buttigieg and Amy Klobuchar quit the presidential campaign and threw their support behind the former VP. Even if Bernie Sanders handily won California, Garcetti is looking crafty by backing a candidate who is picking up momentum. If Biden outlasts Sanders and proceeds to dump Trump, then Garcetti will have a strong relationship with the next President of the United States.