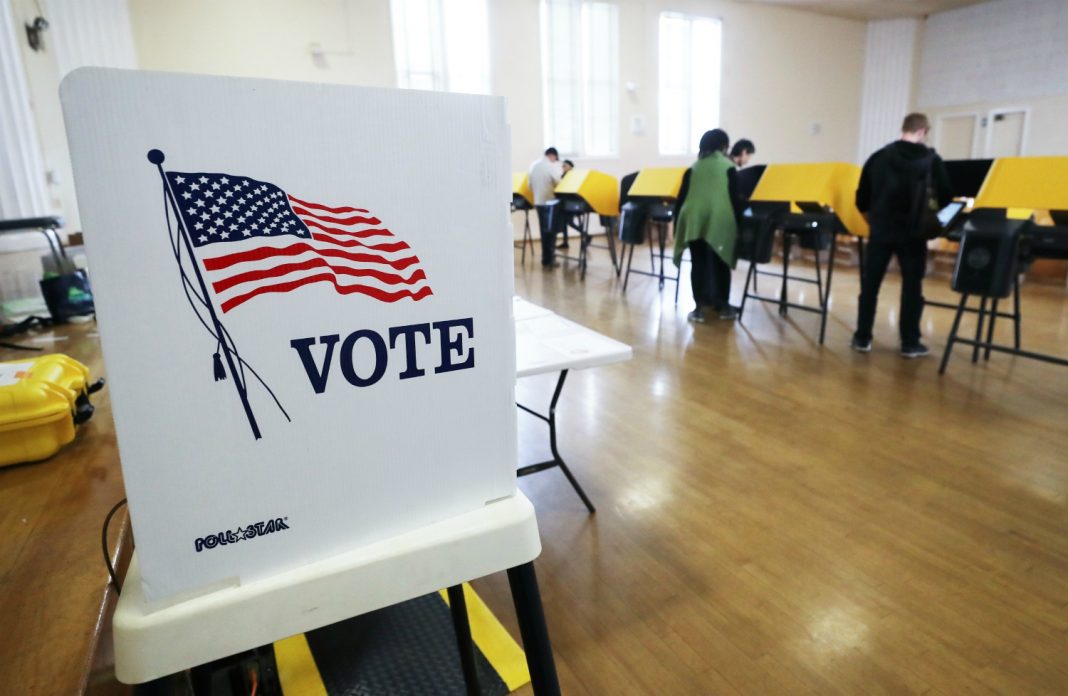 The money has been raised and spent. Consultants and pollsters have been paid handsomely. A forest’s worth of slick mailers have been glanced at and tossed in the recycle bin.

Now all that’s left is the voting.

On Tuesday, March 3, those who have not mailed in ballots will flock to some of the 970 Vote Centers spread across L.A. County, and the newfangled Ballot Marking Devices will get their biggest test. Shortly after the polls close at 8 p.m., the first results will be reported.

While the California Democratic presidential primary will garner the most attention, locally there are numerous crucial contests. Here are seven city and county races that are worth your attention

The wildest battle pits two-term incumbent Jackie Lacey against ex-San Francisco D.A. and onetime LAPD higher-up George Gascon, with former public defender Rachel Rossi also on the ballot. All three are Democrats, but this is a war from the party’s edges, with Gascon pushing a reformist, progressive agenda, and seeking to position Lacey as a tough-on-crime prosecutor who resists modern thinking. Gascon grabbed the L.A. Times’ endorsement, but Lacey boasts loads of influential supporters, among them Senator Dianne Feinstein and Mayor Eric Garcetti, as well as the big-spending unions that represent rank-and-file police officers and sheriff’s deputies. The winner will lead one of the nation’s most influential prosecutorial offices. Most observers expect Lacey to finish first, but if she can’t grab more than 50 percent of the vote, she’ll be pushed into a November runoff.

Good luck guessing how this one ends. Current office holder Mark Ridley-Thomas is termed out, and a packed ballot to replace him is highlighted by a trio of experienced candidates: longtime City Council President Herb Wesson, former councilwoman and city department GM Jan Perry, and state Senator Holly Mitchell. All three have spent gobs of cash in the quest for an incredibly powerful post—each of the five county supervisors represents about 2 million people, and supes weigh in on a $30 billion-plus budget and oversee the sheriff’s department. Plus, once in, it’s hard to lose, and supervisors can have the gig for up to 12 years. Wesson is getting the most attention, but he has also been buffeted by news stories regarding his personal financial miscues. There are four other people on the ballot, including Carson Mayor Albert Robles, and the wealth of contenders means this is almost certain to go to a runoff.

Incumbents almost never lose City Council elections, and current officeholder David Ryu is the favorite here, in part because of name recognition and in part because he has raised an absurd $1 million. Still, he’s facing a legit, double-barreled challenge from screenwriter Sarah Kate Levy and Nithya Raman, a former employee of the City Administrative Officer who also recently helmed the women’s rights organization Times’s Up Entertainment. Both Levy and Raman have raised upward of $250,000 and are seeking to cast Ryu as a failed reformer—Ryu counters that he has led the charge on the council for campaign finance reform. The district of about 250,000 individuals includes Los Feliz, Miracle Mile, and portions of Van Nuys and Sherman Oaks, as well as landmarks such as Griffith Park and Universal Studios.

Remember the part about Mark Ridley-Thomas being termed out and Herb Wesson running for his seat? Well, Wesson is also termed out, and Ridley-Thomas is seeking the former council president’s seat. Ridley-Thomas has a long track record on everything from police reform to addressing homelessness, and is one of the most accomplished and savviest leaders in the region. He’s the pacesetter in the race, and the big question is whether the other four people on the ballot can together pull more than 50 percent of the vote and force a runoff. Attorney Grace Yoo had raised about $246,000 by last Friday—Ridley-Thomas has pulled in $634,000—and will seek to build a base in the portion of the district that includes Koreatown, while ex-DWP Commissioner and neighborhood council member Aura Vasquez has raised $101,000 and is positioning herself as an environmentalist and progressive. Also on the ballot are human rights activist Melvin Snell and Channing Martinez, whose platform includes cutting the LAPD budget by 50 percent.

If ever a City Council contest could be compared to Rocky II, this is it. Last August John Lee, a City Hall veteran, bested astrophysicist and college educator Loraine Lundquist in a special election to represent the deep-Valley district. Now, like Rocky Balboa, Lundquist is seeking revenge, and the race for the territory that includes Northridge, Porter Ranch, and Granada Hills is all kinds of nasty, with a selection of vicious mailers targeting Lundquist. Both candidates have raised more than $200,000, but Lee is also benefitting from the gobs of money being spent by the PAC affiliated with the union that represents most DWP workers. The last election was close, and this one will be decided March 3—with just two candidates, there won’t be a runoff.

There’s another cluttered contest in the 14th District; the seat that once seemed destined to be filled by Richelle Huizar, the wife of termed-out councilman José Huizar, went up for grabs after the council rep’s home and office were raided by the FBI in November 2018. The biggest fish in a pond that includes DTLA, Boyle Heights, and Eagle Rock is Kevin de Léon, the powerful ex-president of the state Senate; he’s got most of the big endorsements, a war chest stuffed with more than $750,000, and outside groups are dropping another half-million on his behalf. Still, the race is no gimme, as the challengers include the tough and experienced LAUSD School Board member Monica Garcia, and Cyndi Otteson, an Eagle Rock resident and board president of refugee-focused nonprofit Miry’s List; Otteson has run a solid grassroots campaign. Also on the ballot are Boyle Heights resident Raquel Zamora and John Jimenez, who has run for the post in the past. As with District 10, most observers are watching the experienced pol, in this case de Léon, and the big question is whether he’ll win outright or be forced into a November runoff.

The School Board Battle Royale

A total of 11 candidates are running for four school board seats. What makes these races so interesting is less what they are doing, are more what others are perpetrating to get their preferred person elected—or tear down an opponent. The candidates have cumulatively raised a modest $657,000. However, political action committees, which by law cannot coordinate with an official campaign, had dropped a mind-boggling $7.8 million on the quartet of contests by last Friday, with the tally climbing higher each day. As usual, the money is coming from entities affiliated with either the teacher’s union or the charter school movement, as each seeks to gain a majority on the seven-person board. While the union and its allies have kneecapped opponents in the past, this time around the pro-charter side is the one going ugly, with attack ads targeting current Fifth District board member Jackie Goldberg and Third District candidate Scott Schmerelson (both are backed by the union). Just looking at the mailers makes you want to take a shower.

RELATED: Who’s Reeling in the Big Bucks in This Year’s City Council Campaigns?

Two Californians Are on Joe Biden’s VP Shortlist. What Are Their Chances?