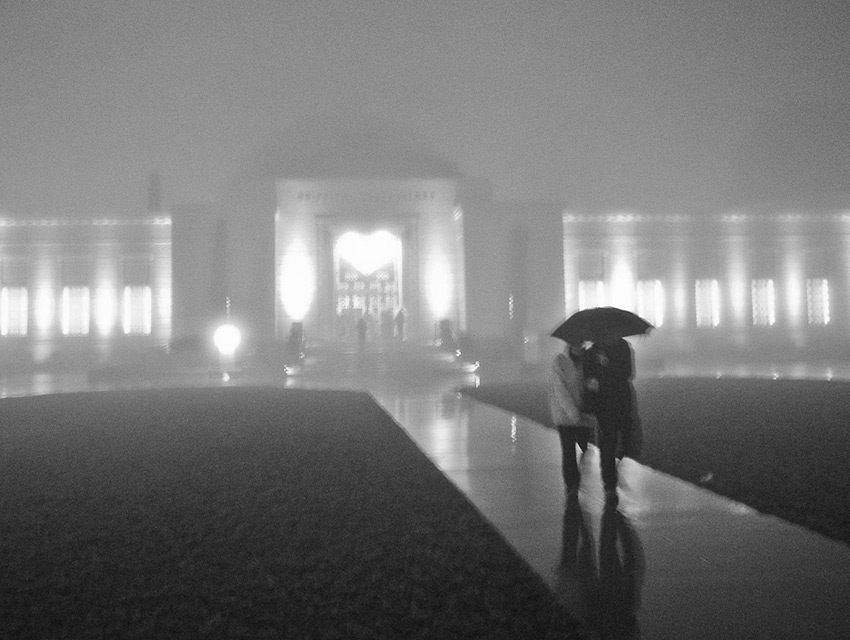 The impending El Niño is gearing up to be a whopper, which is good news for the drought and bad news for people who don’t like kayaking on flooded streets. The real question, though, is how this rainy season will compare with the massive El Niño of 1997-1998, the strongest on record. To set some expectations, here’s what some of our staff remember about that notoriously wet winter.

Matthew Segal, Executive Editor
My dad had a place in Coldwater Canyon in the 1980s. During the El Niño of 1987-88, the heavy rains caused a mudslide that sent a hunk of mountainside into his carport. During the El Niño of 1991-92, I was commuting from Palms to Warner Center amid a particularly hefty storm. I remember parts of Ventura Boulevard being better for boating than driving. My office had gone to a lunchtime meeting and couldn’t get back to work. Storm-churned waves knocked out the sliding glass door of a house I was visiting in Malibu, too. But the 1997-1998 El Niño was a good one for me. I was living in an apartment on the Westside with a teeny commute, so the rain didn’t impact my day-to-day. I’d taken up snowboarding a few years before, and the snow in Mammoth was epic that winter.

Shayna Rose Arnold, Senior Editor
I was in high school in the Valley that year, and because it wasn’t possible at my school to go from classroom to classroom without going outside, it wasn’t possible to get anywhere without getting drenched. It was a mess. In the quad, kids would kick over trash cans that were overflowing with water. My mom finally started putting a change of clothes in my backpack. It was kind of mortifying—but also totally saved me. The thought of wearing wet jeans still makes me cringe.

Michael J. Petruncola, Associate Publisher
I moved into my house in December of 1997.  After the first couple of months, I thought I had bought a house in the rainforest instead of L.A.! Luckily, the roof held up and it didn’t leak too badly. I sure was happy when the El Niño season ended.

Julia St. Pierre, Production Director
I remember a friend was in town and we went up to stay with his brother in Ojai. It rained continuously for what seemed like the whole weekend. It rained so much, we didn’t leave the house. We couldn’t. It washed out a road. And I remember saying, “Someone down in L.A. is suffering. Someone’s house is sliding down a hill, I just know it.”

Jean Greene, Local Advertising Manager
The El Niño I remember best was not the last one, but the one about 30 years ago. When I first came to California, it rained for two to three months straight. I was bewildered and kept saying, “I thought the weather was nice here?” I was also shocked about the sewer system being so backed up—the slightest rain would build up on the streets so quickly! I was much younger then; now I laugh when I hear what the West Coast calls a storm. I’m from upstate New York—enough said!

Suzy Starling, Senior Manager, Strategy & Partnerships
When I was in drama school at the American Academy of Dramatic Arts (located in Pasadena at that time), I had a dance class where we learned dances from different historical eras. For each dance recital, we had to wear the correct period costume. I remember dodging a terrific downpour and giant lakes on campus brought on by El Niño while on my way to the final performance for the minuet. I was clad in enormous crinoline skirts and a bouffant white wig. It was a soggy day in the French court, but the dance went well, and we all passed the class.

That same year I saw a great group costume at the West Hollywood Halloween Festival. There was a big group of guys on stilts wearing togas and “clouds” on their heads. They would run on stilts in unison and spray the crowd with water from spray bottles. Turns out their costume was “El Niño.”