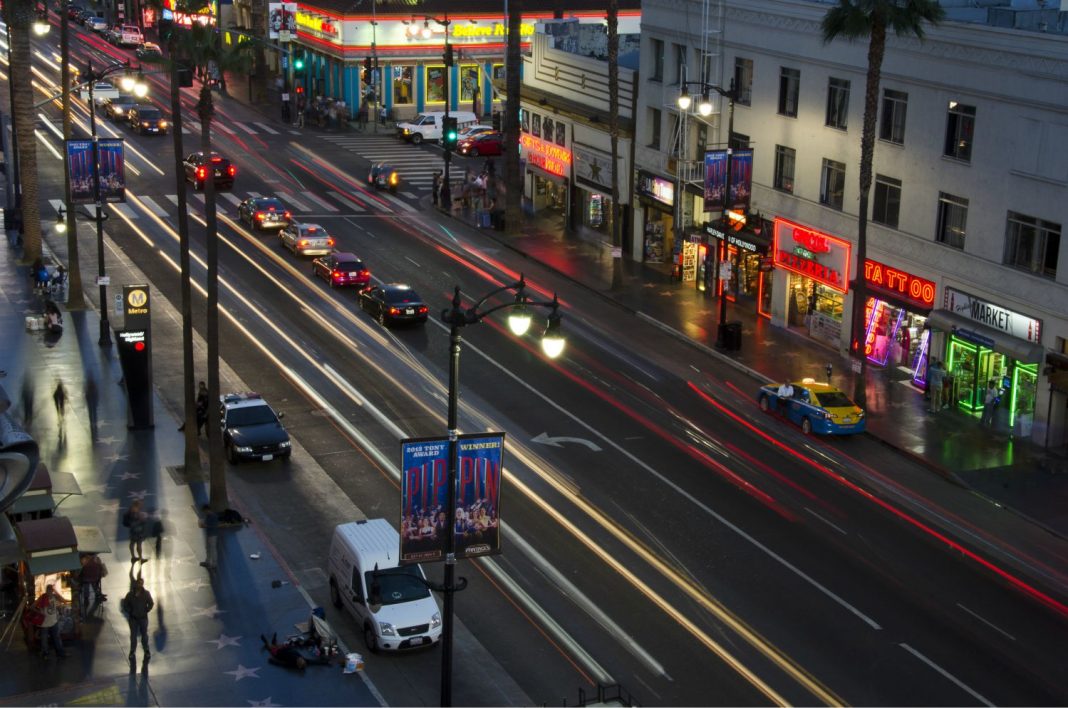 The LAPD Hollywood Division has made two arrests in connection with an incident on Hollywood Boulevard earlier this week, the Los Angeles Times reports. In what is now being officially called a hate crime, three women were attacked and robbed while other individuals laughed and filmed for social media. Afterwards, video of the attack went viral online.

Around 2 a.m. on Monday, Eden the Doll (also known as Eden Estrada), Jaslene Whiterose, and Joslyn Flawless summoned an Uber to pick them up around the 6500 block of Hollywood Boulevard. While they waited a man stole Eden’s phone, beginning a series of altercations. As Eden described the events in a series of Instagram posts, when she attempted to get her phone back, the man and a group of accomplices began chasing the three women, throwing rocks at them, and hurling transphobic slurs. The women report being beaten by the assailants, threatened with a crowbar, and at one point a man threw a scooter at them.

“He said if I was trans he would kill me. He then forced me to hold his hand while he looked for my friends to kill them for being trans,” Flawless wrote in an Instagram post.

Video of the attack was posted to an Instagram account with the handle @steveofilmz, which is now private. In the videos, men can be heard laughing at the women while filming the unfolding events, even as one woman lays in the street, apparently injured. L.A. Taco documented a full timeline of the attack, based on the social media posts.

One question raised by many who watched the series of videos was why an LAPD police car can be seen driving directly by the incident while in progress, and then passing along without stopping to assist the women. LAPD Chief Michel Moore has stated that the vehicle in question was “en route to another emergency call” at the time.

Violence against trans individuals, particularly trans people of color, has been described as an “epidemic” by the American Medical Association. In 2019, murders of 30 trans people were recorded in the United States, but that number is assumed to be an underrepresentation.

In response to the attack, Black Future Project  group has planned a demonstration in support of all Black trans women for Thursday evening at 7 p.m. at the intersection of Hollywood Boulevard and Vine Street.

“Black Trans Women are some of the most vulnerable members of our community. They are repeatedly on the front lines, fighting against systematic patriarchal and racial violence for everyone when so few people are willing to fight for them,” Black Future Project told the Times.