The mother of a man who died inside the West Hollywood home of Ed Buck is filing a wrongful death lawsuit against the longtime Democratic donor, accusing him of “forcibly injecting” her son with crystal methamphetamine.

LaTisha Nixon, whose 26-year-old son, Gemmel Moore was found dead in Buck’s home in July 2017, told reporters yesterday that she’d warned authorities that Buck posed a danger to black gay men. She said the death of Timothy Dean, a second man found dead at Buck’s home, “would have been preventable” if they had listened to her.

Other protesters outside the Hall of Justice demanded that Lacey “immediately investigate and indict” Buck, delivering boxes of signed petitions calling for Buck’s prosecution. 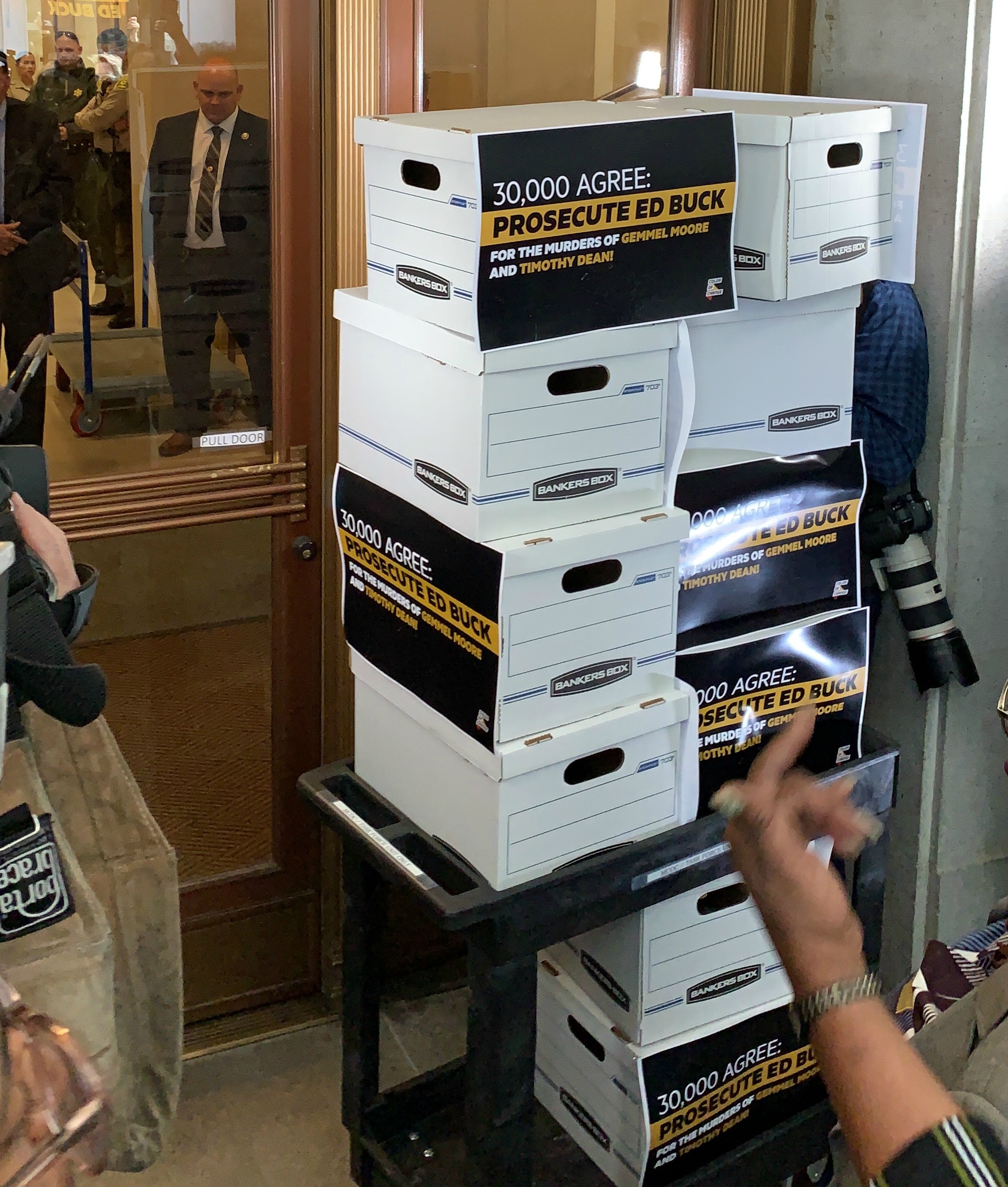 “We’re here because we believe that the lives of Gemmel Moore and Timothy Dean matter,” said Janaya Khan of the social justice organization Color of Change. “What we’re concerned about is why D.A. Jackie Lacey doesn’t believe the same.”

Activists have accused Lacey of failing to properly investigate claims against Buck, even after multiple witnesses came forward to allege disturbing behavior in the donor’s West Hollywood apartment.

“We brought witness after witness, all of whom we had to grant immunity,” said civil rights attorney Nana Gyamfi, who represents Moore’s mother, LaTisha Nixon. As of today, Buck has not been detained nor questioned about the deaths of Gemmel Moore and Timothy Dean in his home.

“I have to live with this for the rest of my life,” Nixon told the crowd while choking back tears. “I always take care of people, I always treat them good. And my baby died alone in Ed Buck’s house. He didn’t have nobody to hold his hand.”

“When the camera goes away, when everyone goes away, I’m still here without my baby,” she said.

The lawsuit alleges that Buck preyed on vulnerable black men and that he insisted Moore inject crystal methamphetamine before performing sex acts.

Extensive drug paraphernalia was found alongside Moore’s body, including multiple syringes and a clear plastic bag suspected to contain methamphetamine, according to a coroner’s report. Nonetheless, his death was ruled an accident and a review by sheriff’s deputies found “nothing suspicious.” No charges were filed against Buck.

“Something has to be done, please,” Nixon told the crowd. “I’m asking the voters to take this into account when it’s time to re-elect Jackie Lacey. We saw dirty syringe needles. The L.A. Times reported all the evidence. Why wasn’t anything tested? What kind of investigation is that?”

RELATED: What Do We Know About Democratic Donor Ed Buck?