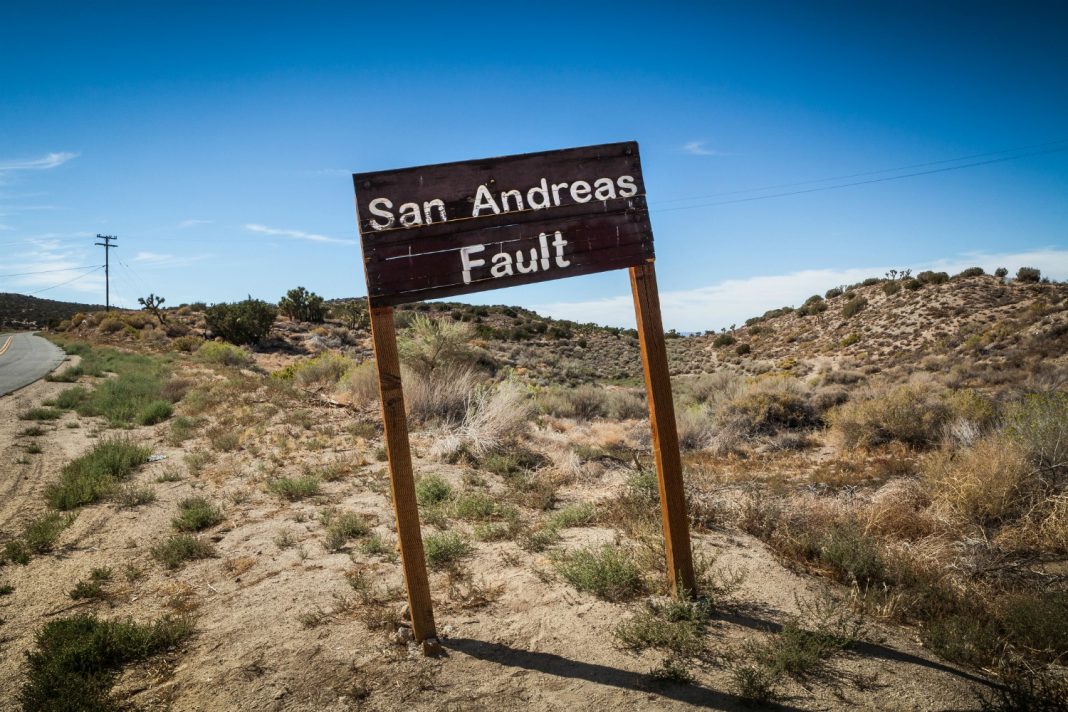 According to a new study, the odds of a historic earthquake hitting Southern California have increased since last year’s Ridgecrest temblors and the result could be the worst quake the region has seen in 163 years.

The study, published in the Bulletin of the Seismological Society of America, says the likelihood of a magnitude 7.5 or greater quake erupting on a section of the Mojave Desert’s 160-mile-long Garlock fault in the next year now stands at 2.3 percent. That’s up from a likelihood of .023 percent before last year’s Ridgecrest earthquakes, whose epicenters were 125 miles northeast of downtown L.A., the Los Angeles Times reports.

While those numbers might not sound too frightening, they indicate that a Garlock quake is now 100 times more likely than a year ago, while the threat of a massive San Andreas event has roughly tripled.

Seismologist Lucy Jones, who did not work on the study, says that although the numbers are stark, it’s still too soon to panic.

“It’s really interesting science and I like the way they’ve been able to increase the complexity of how they do their modeling,” she told the Times. “That’s a real advance. But it’s not yet proven.”

Although the Garlock fault is far from L.A., study coauthor Ross Stein, an adjunct professor of geophysics at Stanford University, warns that in seismic terms it’s dangerously close to the San Andreas, which comes within 35 miles of downtown.

“Now, you can think of the Ridgecrest earthquake as being so far from Greater Los Angeles… that it is nearly harmless,” Stein told the Times. “But the problem is that… the Ridgecrest earthquake brought the Garlock fault closer to rupture. If that fault ruptures—and it gets within about 25 miles of the San Andreas—then there’s a high likelihood, maybe a 50/50 shot, that it would immediately rupture on the San Andreas.”

If the study’s worst-case scenario comes to pass, it will be the first time Southern California’s section of the San Andreas fault ruptured in a significant way since 1857, when a magnitude 7.8 earthquake ruptured 225 miles of fault between Monterey County and the Cajon Pass in San Bernardino County.

In one disaster model, it is predicted that a San Andreas rupture could cause more than 1,800 deaths, injured 5,000 people, and displace 500,000 to one million from their homes, while crippling the area’s economy for a generation.

Jones admits the threat is not to be dismissed, and questions if the region is prepared for it.

RELATED: Earthquake Prep 101: The Time To Get Ready For the Big One Is Now