Home Environment The Pandemic Has Had Environmental Upsides, but Will They Be Short-Lived? 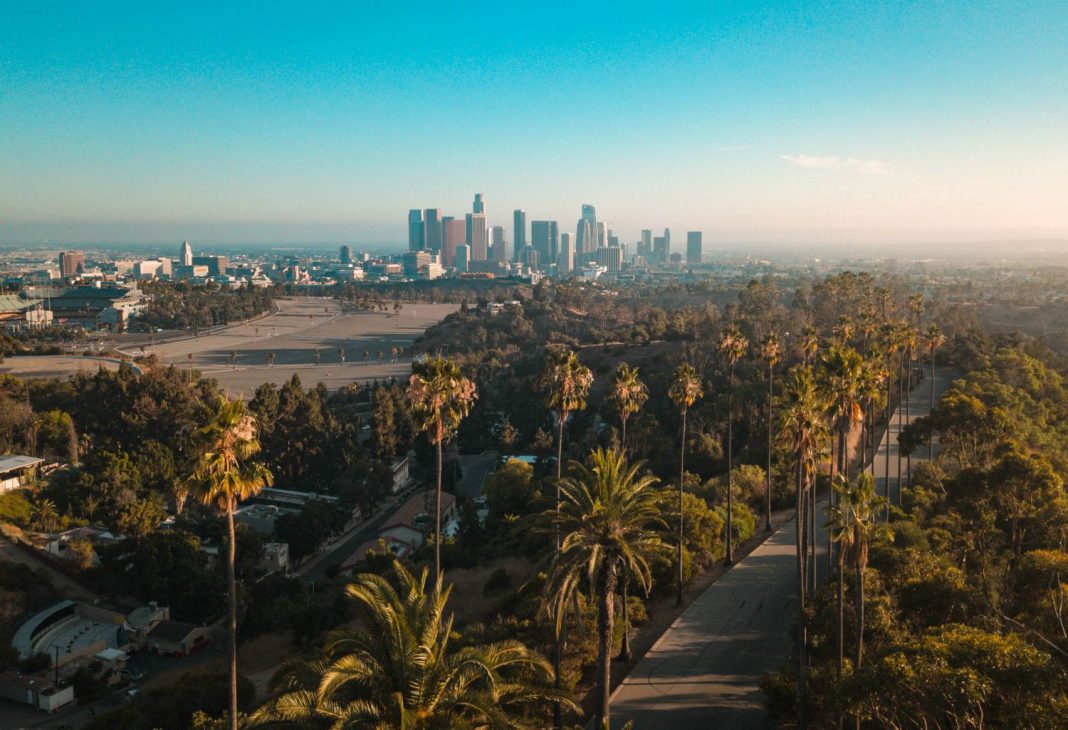 The continuing COVID-19 pandemic has been hard on humanity, but environmentalists have found silver linings left and right as people have hunkered down at home and Mother Nature has been given some much needed time for self-care.

The canals in Venice, Italy, are running clear enough for jellyfish to be spotted, there’s been a huge spike in sea turtle nesting on beaches in Florida and Thailand, and here in Los Angeles, air quality was better than it’s been in decades during the month of March, the first month of safer-at-home orders. But as Californians have kept their eyes on COVID-19 from the safety of their homes, polluters have peeked outside, looking to chip away at environmental standards.

California and President Donald Trump have long been at odds over pollution standards and enforcement, particularly when it comes to auto emissions. Suzanna Paulson, director of UCLA’s Center for Clean Air, says a quarter of L.A.’s air pollution comes from on-road vehicles. With freeway travel down 35 percent, it’s no surprise that the perpetual smog has given way to somewhat clearer skies.

But once Angelenos return to the roadways en masse, the pollution will also return—and it could be worse than before now that the Trump administration has gotten its way. “Clean air is a good thing in the short term. [But] if we go back to the same activities, then [pollution] will go back to the same levels,” Paulson says.

During the pandemic, Trump finalized a rollback of Obama-era fuel economy standards that would have kept nearly a billion tons of CO2 out of the atmosphere. The administration has also suspended a number of environmental protection laws, giving companies “an open license to pollute,” as Natural Resources Defense Council president Gina McCarthy put it. As of now, the Environmental Protection Agency won’t require companies to track or report the amount of pollution they’re pumping into the air and water, even though studies have correlated dirtier air and higher COVID-19 death rates.

Measures to prevent plastic pollution have also been relaxed during the pandemic. Across the country, bans on single-use plastic bags have been suspended. Even in California, major grocery chains like Gelson’s have temporarily banned customers’ reusable bags. In a statement from March, Gelson’s president Rob McDougall said, “While we understand the concerns of customers worried about the impact of plastic on the environment, the health and safety of our employees as well as our customers is our primary concern.”

Beach pollution from plastic bags decreased by more than half only a year after California banned single-use plastic bags. Now that shoppers are consuming the thicker, reusable bag in the same way they did its flimsier predecessor, it’s possible for this progress to lose steam. There’s also the issue of rubber gloves, which currently litter the streets.

While keeping people safe has to remain the priority—particularly front-line workers like grocery clerks—the fear is that anti-regulatory forces will use the pandemic as an opportunity to reverse some of the legislative progress that’s been made.

“Some people will call it disaster capitalism,” Greenpeace USA researcher Schlegel told the Verge. “Using this moment where everything is in chaos and people are legitimately concerned about public health to turn back the clock to go back to a world where plastic is the norm.”

Plastic pollution may not be at the forefront of people’s minds while the city is “under attack,” as Mayor Garcetti put it, but for many, the economy is. That could bode well for the passage of the Green New Deal proposed by Bernie Sanders and other progressive politicians and policymakers. But if regular life resumes with the current policy rollbacks in place, the outlook isn’t exactly rosy.

So strap on your mask, take a step outside today, and breathe in the fresh(ish) air, because isn’t likely to be around forever.

RELATED: How to Get Through the Coming Hot Weather During Quarantine