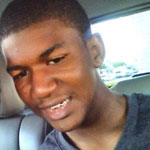 Just two weeks after demonstrators took to the streets of Los Angeles to protest a Florida jury’s decision that George Zimmerman is not guilty in the death of 16-year-old Trayvon Martin, local officials weighed in on the case by passing a resolution to support and sponsor the U.S. Department of Justice and the Attorney General’s investigation into Martin’s slaying and a review of Florida’s “Stand Your Ground” law.

While the resolution can’t force the federal government’s hand, L.A. Urban Policy Roundtable President Earl Ofari Hutchinson, who originally suggested the resolution to councilman Bernard Parks, says its passing is a powerful gesture. “It signifies something,” he said after today’s unanimous vote. “The city officially recognized the importance of the case and that it has created a great sense on the part of so many people that an injustice was done. I think any time you get officials to came together to unanimously make a statement about civil rights, civil liberties, and the issues of race, discrimination, and violence—that’s significant. Even though the case was 3,000 miles away, L.A. has had its share of problems, and it touched on those problems. I thought it was very timely for the city and the council thought it, too.”

Still, for Hutchinson, the resolution’s passing only goes so far to right what he describes as an injustice. “It doesn’t bring Trayvon back,” he said, mindful of the Florida boy’s family. “It’s no real consolation for the grief.”

Now that Los Angeles has voiced its support of a federal investigation, Hutchinson is hopeful that other cities—Atlanta, New York, Washington D.C., and San Francisco, for starters—follow suit, and says he is toying with the idea of lobbying for a similar resolution to be addressed by the state assembly. “Why not?” he said.