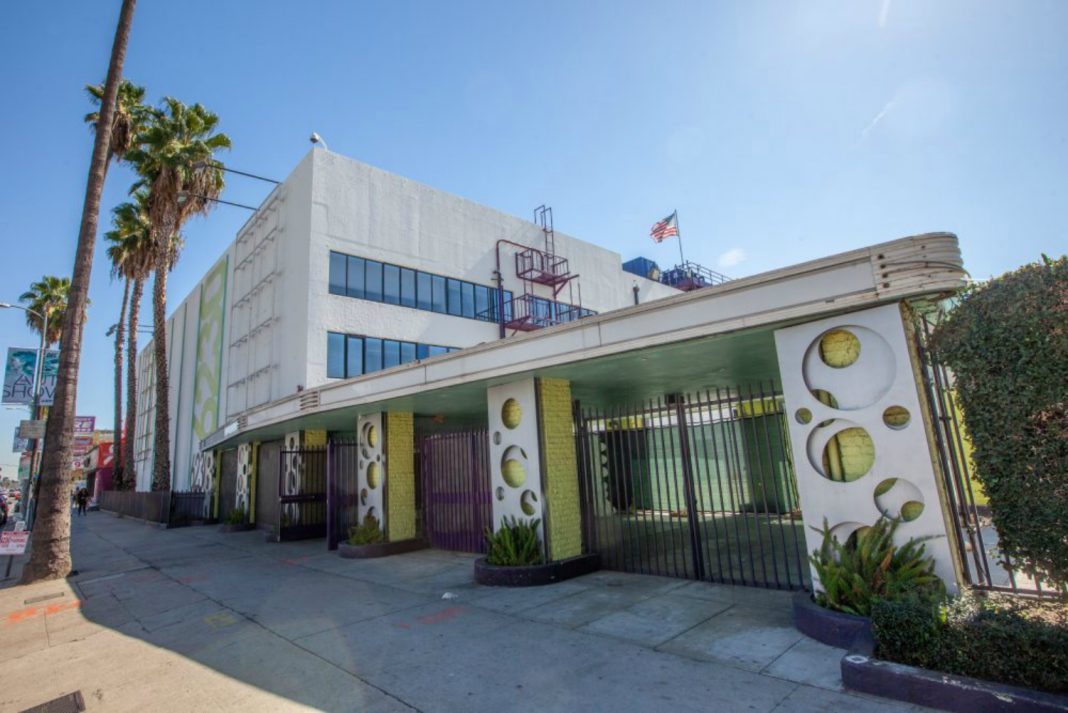 The shuttered Earl Carroll theater in Hollywood is coming back to life as a new entertainment venue dreamed up by a team including one of the forces behind the Music Box @ Fonda theater. The Streamline Moderne landmark opened in 1938 as a supper club featuring a live show with 60 showgirls on a double rotating stage and quickly became celebrity magnet (there was even a film called A Night at Earl Carroll’s) but the club closed when Carroll died in a plane crash in 1948. The venue cycled through many owners (including the Moulin Rouge, Kaleidoscope, and Aquarius) before becoming a soundstage for Nickelodeon Studios in 1997 and going dark in 2017.

Developer Essex Property Trust is building a seven-story apartment building in the former parking lot and has made a deal with Music Box @ Fonda founder Thaddeus Smith and developer Brian Levian to restore the 38,000 square foot building as an entertainment complex modeled on the original showplace. Renovation plans include adding back miles of neon, including a reconstruction of the original 20-foot-tall neon face of Carroll’s girlfriend Beryl Wallace surrounded by the words “Through These Portals Pass the Most Beautiful Girls in the World” over the main entrance. If you’re wondering where you’ve seen that. There’s a giant replica at Universal Citywalk built in the 1990s. “We are looking to bring glamour and sensational entertainment back to Hollywood,” said Smith. “We believe it will spur the revitalization of the entire area.”

RELATED: Uncovering a Secret Gem From the Aquarius Theatre’s Psychedelic Past

Uncovering a Secret Gem From the Aquarius Theatre’s Psychedelic Past

5 Questions for the Voice of Spongebob Squarepants