Home Uncategorized Dust to Dust: The Evolution of the Owens Valley 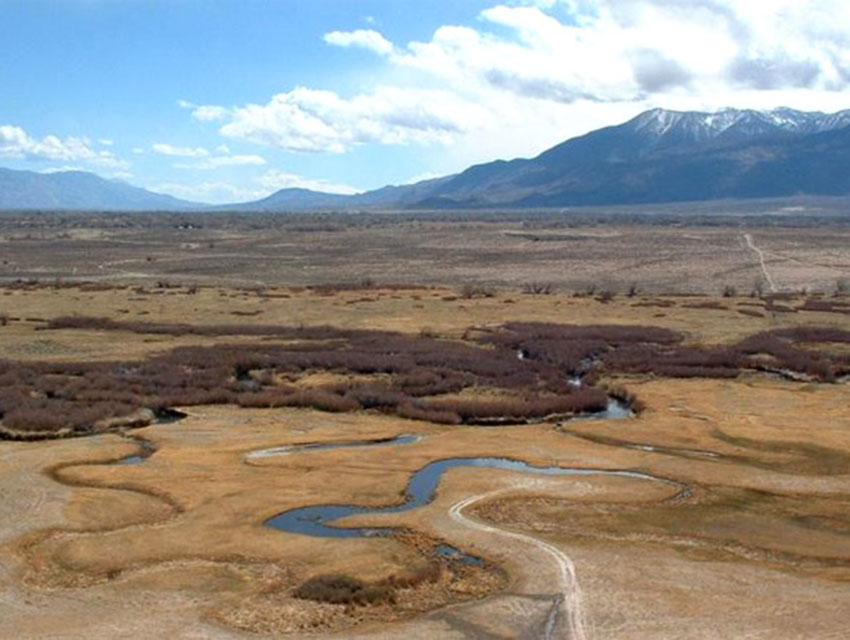 In a country built on land grabs, few match the ambition of L.A.’s appropriation of the Owens Valley hundreds of miles north. The city began buying acreage and water rights there in 1905, diverting the Owens River to the aqueduct that was completed in 1913. Before then, Owens Lake covered 100 square miles, with steamships plying its waters; by the 1920s, the lake was gone, exposing the lung-damaging alkali on its dry bed to the desert winds. By World War II the city had begun to drain water from creeks leading to Mono Lake, 105 miles north, which would eventually shrink by half and double in salinity. Springs and creeks went dry with the groundwater pumping that fed a second aqueduct completed in 1970. In the 1990s, lawsuits forced L.A. (at a purported cost of $1.2 billion) to reduce the dust with shallow flooding and to allow Mono Lake’s level to rise 20 feet while restoring 5 percent of the pre-aqueduct flow in the river. Since 2006, a 62-mile-long stretch of the once-dry Lower Owens has teemed with tule reeds, fish, and birds as it meanders lazily between the aqueduct’s intakes and the vanished lake. Few of the drivers on Highway 395 even suspect the river is there.