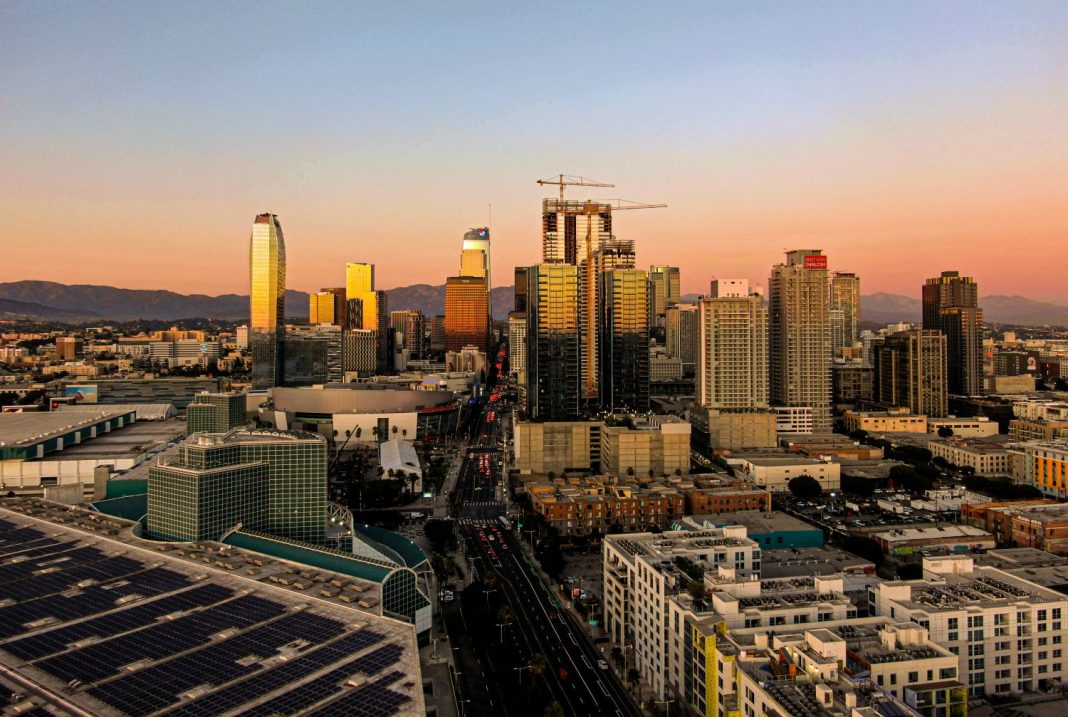 The corruption investigation into City Hall is now having an impact beyond the arrest of elected officials and people involved in local real estate development. City leaders have taken steps that could halt a proposed megaproject that has come into question amid the scandal.

Last month, City Attorney Mike Feuer sent a letter asking City Planning Director Vince Bertoni to commence revoking permits for the two-tower development that would rise where the Luxe City Center Hotel now stands, on Figueroa Street across from L.A. Live in downtown. The full council in 2017 approved plans by developer Shenzhen Hazens to build a project that would contain 435 condominiums in one tower, and a W Hotel with 300 rooms in the other. There would also be 80,000 square feet of retail space.

In the June 15 letter, Feuer called for the revocation of “all of the Project’s conditional use approvals,” including one for selling alcohol in the development, which had an estimated $700 million budget.

That same day, Bertoni agreed to begin revoking the permits, which also include one known as a Master Conditional Use Permit for Live Entertainment and Public Dancing. He wrote, in part, “The Department of City Planning is committed to transparency and accountability in the planning process, and core to our mission is ensuring the public’s trust in planning for Los Angeles.”

A City Planning spokesperson said the department is evaluating its options, including those regarding additional entitlements the project received.

Feuer acknowledged the potential benefits of the project, including the jobs that would be created in the hotel, along with the addition of residential units and workforce housing. However, he said the Luxe replacement “is the product of corruption,” and declared that the need to restore integrity to the entitlements process demands action.

“It is not possible to know what entitlements would have been approved and what public benefits should have been paid in the absence of that corruption,” Feuer wrote in the letter. “Indeed, the City may never fully know the impact the illegal conduct had on the arc of this Project.”

The Luxe replacement—which has not broken ground—is one of numerous projects from Chinese real estate firms proposed in downtown as the community enjoyed a development boom in the middle of the last decade. Several of those projects have been at the center of the scandal, with federal investigators alleging that disgraced District 14 councilman Jose Huizar sat atop a criminal enterprise that solicited bribes from real estate executives in exchange for pushing favored projects through the city’s often lengthy and cumbersome approvals pipeline. Huizar was arrested June 23 and charged with one count of racketeering. He is scheduled to be arraigned on July 20.

The Luxe came to the forefront in May, when real estate consultant George Chiang agreed to plead guilty to conspiring to violate the RICO statute, and pledged to cooperate with an FBI and Department of Justice investigation into a widespread “pay-to-play” scheme in City Hall. Court documents allege that members of the criminal enterprise solicited payments from executives of a real estate firm known as “Company D.” Although Shenzhen Hazens and the project are not mentioned by name, details in the filing indicate that it is the Luxe replacement.

The document describes efforts to direct $100,000 from the developer to a political action committee benefitting the campaign of a Huizar relative (his wife, Richelle Huizar, launched a run for his District 14 council seat in September 2018, but dropped out two months later after FBI raids of the councilman’s home and offices). Additionally, court filings spelled out how Chiang, through his company Synergy Alliance Advisors, orchestrated a consulting contract with Company D, with more than $400,000 in bonuses paid as the project secured various approvals from the city.

Court documents also describe a figure known as “Individual 1” being part of the scheme and playing a key role in securing funds from the head of Company D. Biographical details, including the person’s time as general manager of the city Department of Building and Safety, and then serving as Deputy Mayor of Economic Development, match up to the career arc of Ray Chan. In media reports Chan’s attorney has maintained that his client did not engage in illegal behavior.

The expanding scandal has caused waves throughout City Hall and development circles. Last week, former Councilman Mitch Englander pled guilty to a felony charge of scheming to falsify material facts. Although Huizar still has his council seat, his colleagues recently voted to suspend him, and City Controller Ron Galperin has declared that the councilman will not be paid his salary of more than $200,000 a year.

The investigation has led to enhanced efforts to police the real estate development industry. Councilman David Ryu, who spent years trying to persuade the full council to pass campaign finance reforms that would prohibit donations from developers with projects before the city, recently proposed new legislation that would create a city Inspector General for Land Use and Development and a city Office of Anti-Corruption and Transparency.

The South Park neighborhood where the Luxe sits has been a hotbed of skyline-changing development, though not all projects have been successful. Just south of the Luxe, the three-tower Oceanwide Plaza sits quiet, uncompleted, and fenced off. Beijing-based developer Oceanwide Holdings halted work on the $1 billion effort more than a year ago after encountering financial trouble.