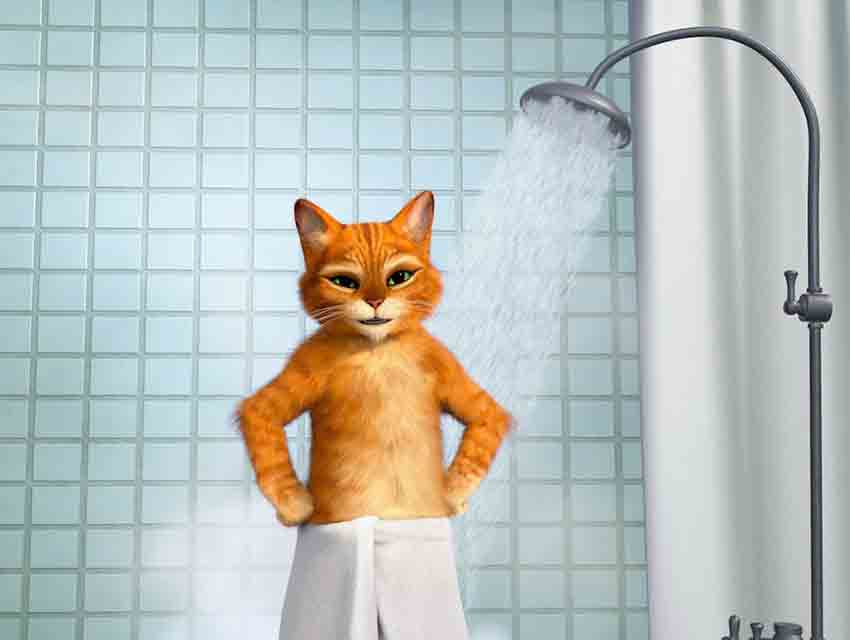 A screen grab from YouTube/Puss in Boots

By now everybody knows that the state has mandated cities to cut back on water use by 25 percent. And we’ve all given ourselves a collective pat on the back for meeting or exceeding those goals. (Well, not everybody: Wealthier areas tend to use more water, which might explain why Beverly Hills has cut its use by only 12 percent so far.) But what was an overall reduction of 31 percent in July slipped to 27 percent in August (the same savings we reached in June). Here, some random tips and figures to help you stay motivated and find additional ways to conserve.

➻ Still not turning off the faucet when you brush your teeth? According to Dr. Peter H. Gleick, president and cofounder of the Pacific Institute, you can save 1,170 gallons each year if you change your ways.

➻ According to the Environmental Protection Agency, American families wash close to 400 loads of laundry each year. Switching to a high-efficiency Energy Star front-loading washer (which averages 13 gallons per load) and doing away with your old top-loader (23 gallons) would save you 4,000 gallons annually.

➻ Washing dishes by hand might seem like the frugal option, but it’s complicated. Assuming that you wash dishes in the most wasteful way possible—leaving the water running the entire time—and that your faucet runs water at the standard rate (2.5 gallons per minute), you’d use 27 gallons of water, according to the Natural Resources Defense Council. But you wouldn’t do that, would you? Some other stats to weigh:

➻ There was a time when 1.6 gallons a flush was the standard for high-efficiency toilets. These days it’s 1.28 gallons. So assuming you flush as often as the average person—five times a day, according to the Water Research Foundation—an upgrade would save you close to 600 gallons a year. And what if you have an old toilet, one that isn’t high efficiency? You could save 4,380 gallons a year by upgrading. Rebates are still available from the DWP and other local utilities.

➻ If mustering the willpower to cut your showers short is proving difficult, consider this: According to a study done by the Berkeley Lab, the average person showers for eight minutes (clearly they haven’t studied teens) and takes 255.5 showers a year. Now for some math:

Everything You Need to Know About the FBI Investigation of the L.A. Department of Water and Power