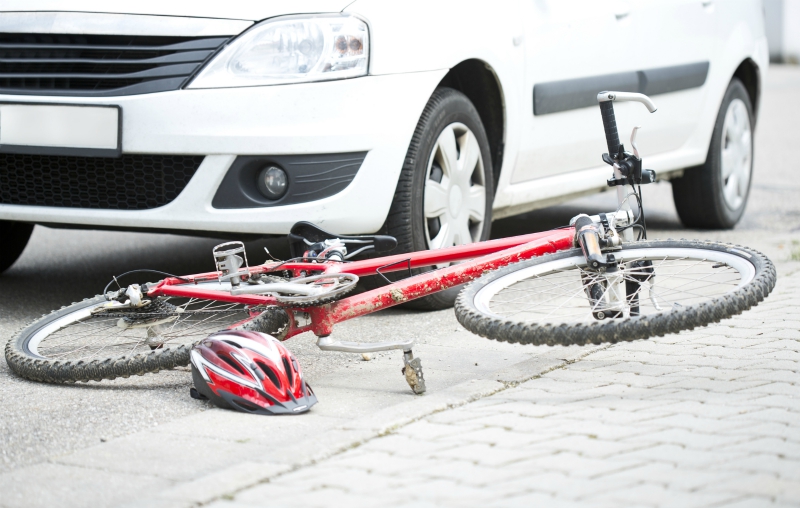 In a region with really nice weather, it’s inevitable that drivers will encounter cyclists as they speed impatiently toward their destinations. Sadly, the streets of L.A. continue to be unfriendly territory for cyclists. As of April, bicycle-involved traffic deaths had tripled from the previous year, and hit-and-runs involving cyclists remain extremely common. Earlier this year, a person attending a vigil for a cyclist who was killed by a hit-and-run driver was hit by another hit-and-run driver. If that doesn’t put the problem into perspective, we’re not sure what will.

Most normal people in cars will agree, though, that even if taking a few simple safety measures makes your drive take 11 to 15 seconds longer, injuring a cyclist (or worse) to save time is a pretty awful thing to do. If you’re of such a mind, here are six quick and easy ways to keep cyclists’ blood off both your metaphorical hands and literal fenders.

Internalize the fact that cyclists are entitled to a whole lane, just like you
It’s true. Sure, often a street will have a bike lane. Often a street will be wide enough for bikes to cruise along the far right-hand side. Sometimes, though, a street will be too narrow for a cyclist to comfortably ride to the right, and in that case they are allowed to “take the lane.”

Avoid “dooring” a cyclist
When you’re parallel parked at the curb, check your mirror and the lane beside you before getting out of the car. If you don’t, you risk opening your door right into the path on an oncoming cyclist like Alicia Vikander in the Tomb Raider reboot you saw and already forgot. For consistency, make a habit of employing the “Dutch Reach,” which is where you grab the door handle with your right hand instead of your left, forcing yourself to turn and look in the direction of traffic coming from behind.

Take extra care when turning right
If you’re slowing down and moving to the right to make a turn, recognize that you’re entering the zone where cyclists hang out, and make sure you aren’t cutting anyone off or smashing into anyone. Those things are not good.

Don’t honk at a cyclist
Even if the cyclist is dumb and bad, honking just makes them more likely to get startled and do more dumb and bad things. If there’s a moment later at a stoplight to roll down your window and not-passive-aggressively explain to them the error of their ways, go for it, I guess. Just make sure you actually know what you’re talking about.

Basically just treat bikes like real vehicles, which they are
In fact, you should give cyclists snacks and thank them. Even if it feels like they hold up traffic, cyclists reduce congestion, and they also improve pollution and make it easier for you to find parking spots. Really, they’re just doing everyone a favor.

RELATED: 3 Cycling Tips From the Woman Who Wrote the Book on Riding a Bike in L.A.