Home Transportation Why Doesn’t L.A. Have Any Open-Top Double-Decker Buses for Public Transit? 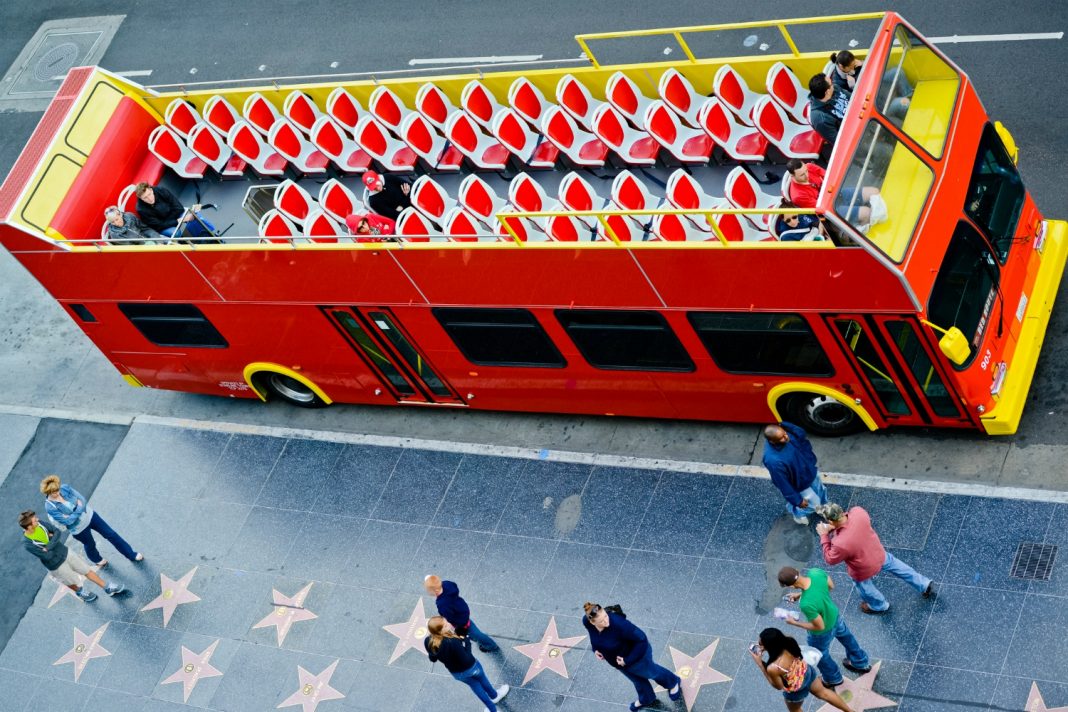 Last week, Foothill Transit announced that in 2019 it’s adding two electric double-decker buses to its San Gabriel Valley fleet. It’s a decision that makes sense for a bunch of obvious reasons: The double-deckers are easier to drive than the long buses with the bendy part in the middle, they carry more passengers, and they’re way easier to park. But it seems that Foothill Transit is missing a golden opportunity. Why on God’s green earth would you not make those buses open-top double deckers? Wouldn’t that be awesome?

This is a serious question, and it casts a bunch of doubt on the credibility of the movers and shakers behind the L.A. area’s assorted transit agencies. Like, do they even have our best interests in mind? Metro has 2,438 buses in its fleet, and as of this writing, zero of them are open-top double deckers. Just imagine what our city would be like if even a fraction of those buses were swapped out for open-top double deckers; not only would the number of decks on a given bus be multiplied by two, but riders on the top would get to bask in that world-famous L.A. sunshine.

Open-top double deckers are already out there—they’re just all hop-on, hop-off Starline Tours buses that cost $49 plus tax to ride. But what about the guy who wants to take public transit from Wilshire/Western to LACMA and feel the wind in his hair while he’s at it? What about the guy who just wants to get a little fresh air on his daily commute before holing up in an cubicle for ten hours? If the tourist buses can do it, what’s stopping the regular buses?

In fact, Los Angeles used to have open-top double decker buses. In 1924, the Los Angeles Motorbus Company ordered a batch of them to serve as a more affordable alternative to building new trolley lines. They apparently continued to be in use on major thoroughfares including Sunset and Wilshire through the 1930s.

According to 2017 statistics, Metro ridership (bus and train) declined 15 percent over the course of five years. Just think of what the numbers could look like if a bunch of people were getting on buses for sheer pleasure. A buck seventy-five to ride an open-top double-decker bus from downtown to the beach? You bet ridership would rise like crazy.

If Foothill Transit really wants to impress with those new buses, they should hack the roofs off and give us the open-air, high-flying bus experience we deserve.

RELATED: When L.A.’s Buses Had an Upper Deck