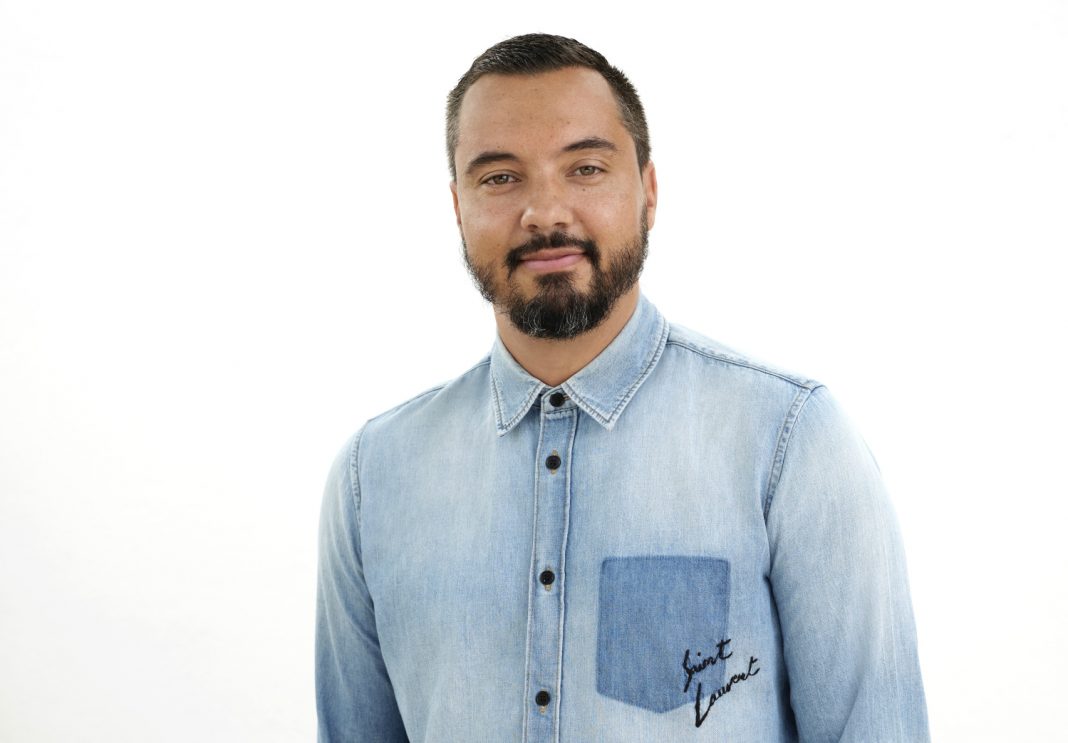 This spring, Dosist became the only cannabis brand with two of its very own storefronts in Los Angeles—but don’t call it a cannabis brand. Known for its sleek, color-coded pens that vibrate when you’ve inhaled a full “dose” of THC-infused vapor, the company opened a second retail location on West Third Street in the Fairfax District to reach a clientele east of its Abbot Kinney flagship.

Even the greenest (by which we mean newest) cannabis user won’t be intimidated or overwhelmed by the Dosist shopping experience. The achromatic, minimalist-as-hell store is stocked exclusively with the six varieties of Dosist pens, each of which is named after the state the user would ideally like to achieve: bliss, calm, sleep, arouse (which perhaps should be arousal?), passion, and relief. While MedMen’s retail outposts drew comparisons to the Apple Store, Dosist has been called “the Starbucks of cannabis.”

Just prior to the opening of latest location, CEO Gunner Winston said that while cannabis is certainly its biz, Dosist is a wellness brand first and foremost. We talked to him about setting up shop (times two) in L.A. (This interview has been edited for length and clarity.)

So you went from the New York finance world to the California cannabis space. Is it just totally different? How did you adjust?

It’s funny, because for me, a lot of the people who are in the CEO seat for quote-unquote cannabis companies—even though we are definitively a wellness company—have historically been plant connoisseurs. What inspired me about Dosist had nothing to do with the actual cannabis industry. It was because Dosist was transcending the cannabis industry. That’s what the greatest brands do. They don’t allow you to put them in a box. Like would you ever call Apple a consumer electronics company? Would you really call Starbucks a coffee company? No, that’s Radio Shack or Folgers. Our narrative since before I started is to empower people to naturally manage their health and happiness. And no time in that mission did we mention mainstreaming cannabis, bringing cannabis to the masses; but we do believe that cannabis is a wonderful natural solution, and dose control can help manage your own happiness naturally.

So, for me, the connection between finance and cannabis was a little bit different, because it wasn’t joining a weed company.

Besides not being a plant connoisseur, you’ve said you’re not a big cannabis user either, right?

No. It’s funny, I’ve used it at different points in time over the past 20 years. Where did it come from? Someone passed it to you at a party. What’s in it? You know, it just wasn’t inspiring. [With Dosist] what you see outwardly has nothing to do with cannabis. I think the most powerful brands take the actual commodity out of it, and they’re showing you something that inspires you. Everything from our packaging to our pen to now our store is meant to inspire [people who] probably don’t have a lot of time to always be stoned.

When did the brand decide that it wanted to expand to brick-and-mortar stores?

It happened shortly after I joined. In this case, we are an aspirational premium brand. To maintain any brand you have to do a couple things: You have to put the brand first. You have to innovate, because everyone wants to have that brand that inspires people, right? Everyone wants to be a Starbucks or they want to be Apple, so you have to keep on innovating to stay ahead. But you always have to remember, too, that your brand is more important than any short-term business.

I thought about it in the context of what do aspirational brands do? Consumer brands, they always prioritize how they show up. So if you think about even someone like Vans—Vans has such a powerful narrative around skate, cool lifestyle culture. If they’re in a Macy’s or their own store, they show up as Vans. Chanel, the same thing…but every single one that I can think of had their own store. Nike is still sold in Foot Locker, but they have Nike Town. Imagine Apple if it was trapped only in Best Buy and Target.

Retail was really number one about how do we inspire, educate, and engage [customers] in our brand.

Did you ever feel like Dosist became too closely associated with the MedMen brand?

No, we have a wonderful partnership with them and 105 other wholesalers throughout the state. There’s 600 retailers [in California], but we’re only in 100 because a lot of them won’t properly represent us. They’ll throw it to the back corner by the bathroom and go, “No, don’t try that—let’s go get this OG kush eighth of weed.” That’s not us. I don’t have a problem with what you’re doing, but there’s a reason Chanel doesn’t sell at Kohl’s.

When you decided to get into a physical space, was it more complicated than you’d anticipated as far as just navigating the bureaucracy of opening a brick-and-mortar in Los Angeles?

Yes, but I think it’s appropriate, you know? It is a controlled substance. I do appreciate, while it is challenging [to open a cannabis retail business], some of the laws are meant to protect people just running into the market and potentially not anything very different than Dosist. We are the company that says let’s acknowledge the intoxication but give you dosing.

We really are about wellness. People here are not getting high here, you know? So we are part of what’s changing perceptions. But was it easy? Absolutely not. There’s a reason we were the first brand to do our own brand store.