Home Politics Donald Glover and Andrew Yang Are Teaming Up for a Mysterious L.A.... 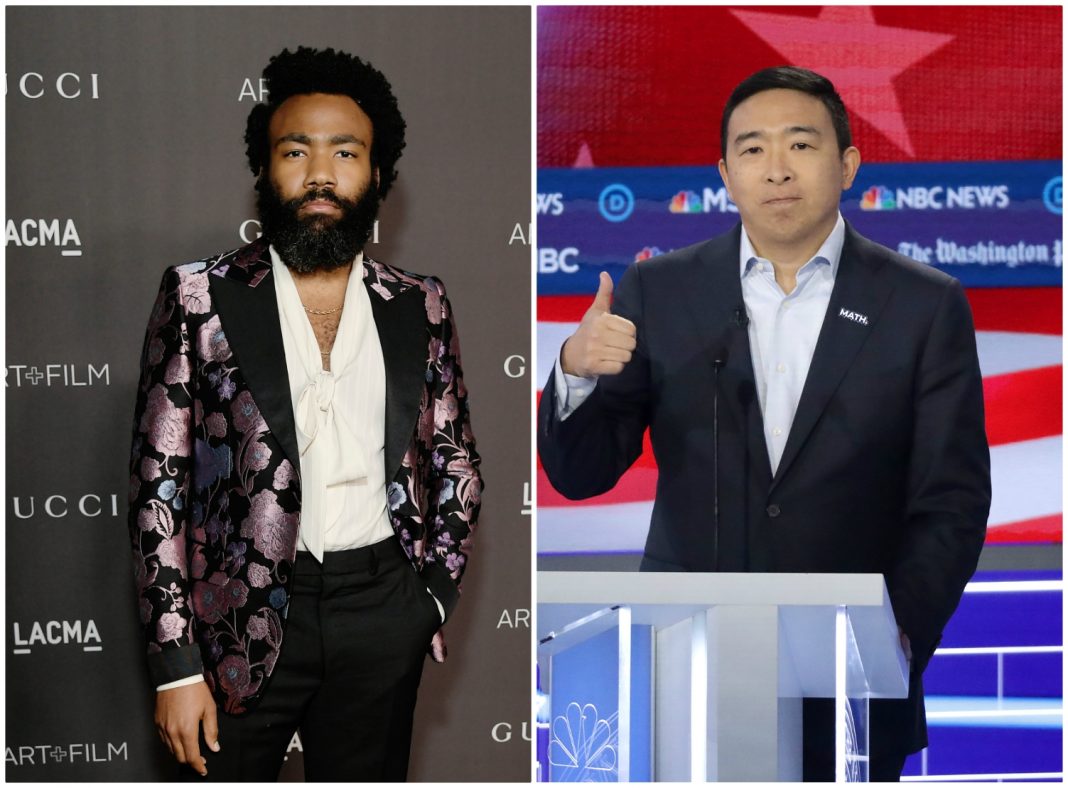 Andrew Yang may not be one of the top Democratic contenders, but he manages to stay in the news. This time, he’s teaming up with pop star, actor, and comedian Donald Glover (aka Childish Gambino) for what’s being described as a “pop-up” in L.A. on Thursday.

The Glover-Yang event was announced surprise-album-drop style on Wednesday afternoon, via a series of mysterious Instagram Story posts released on the pair’s official accounts. Those initial posts revealed little, and speculation spread quickly across social media.

But so far, that’s about all anyone knows. Billboard notes that, if Glover gives a concert, it will be his first public performance since the Austin City Limits festivals in October–but he has not confirmed that a live Childish Gambino show is on the agenda. The address of the event is that of the Tried + True vintage clothing boutique, which could imply some type of merch launch.

Glover isn’t the only celebrity Yang Gang member. Weezer frontman Rivers Cuomo has also publicly professed a preference for the outsider candidate, and, Elle reported in October, actor Nicolas Cage has donated money to his campaign.

Yang and his fellow presidential aspirants are scheduled to be in town for a Democratic candidate debate taking place tomorrow night at Loyola Marymount University.

RELATED: What the 2020 Candidates Listen to, Read, and Watch