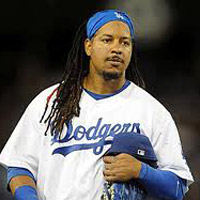 The news Monday morning that the Dodgers had filed for bankruptcy had all the force of a weak pop-up that any half-decent Little League catcher could dispose of with a yawn. Truth be told, the Dodgers have filed for Chapter 11 so many times since Walter O’Malley’s heirs sold their birthright to Rupert Murdoch that we can review only a fraction of them here. There was Fox’s unloading of probable Hall of Fame catcher Mike Piazza to the Marlins in 1998. There was the dumping of the late Jose Lima in 2004, the season after he pitched a shutout against the St. Louis Cardinals to secure the Dodgers’ first playoff win since the 1998 World Series. There was the 2007 unmasking of “game over” pitcher Eric Gagne as a steroid abuser, turned on to the stuff by disgraced catcher Paul Lo Duca. There was the wholesale plundering of the team to feed the McCourts’ Marie Antoinette lifestyle, as revealed in their acrimonious divorce proceedings. But of all moral Dodgers bankruptcies that have left a lasting stain on the team, none has more symbolic power than the ninth-inning shower Manny Ramirez took as the Dodgers collapsed during a crucial game four of the 2009 National League Championship series.

Ramirez has much in common with Frank McCourt—the narcissism, the fecklessness, the idea that professional baseball should be all about serving one’s personal needs, no matter how crass and extravagant. There is one glaring difference, of course. Through the Dodgers’ bankruptcy filing McCourt disclosed that Ramirez is his biggest creditor. Manny is still owed just shy of $21 million of a $45 million two-year contract he signed in 2009, that magnificent year of the ninth-inning shower during which he received a 50-game suspension for steroid use. Whether Ramirez is made whole or McCourt pays cents on the dollar, for L.A. fans the Dodgers are a total loss.