Home Top Doctors L.A.’s Medical Community Is More Diverse than Ever, but There’s a Long... 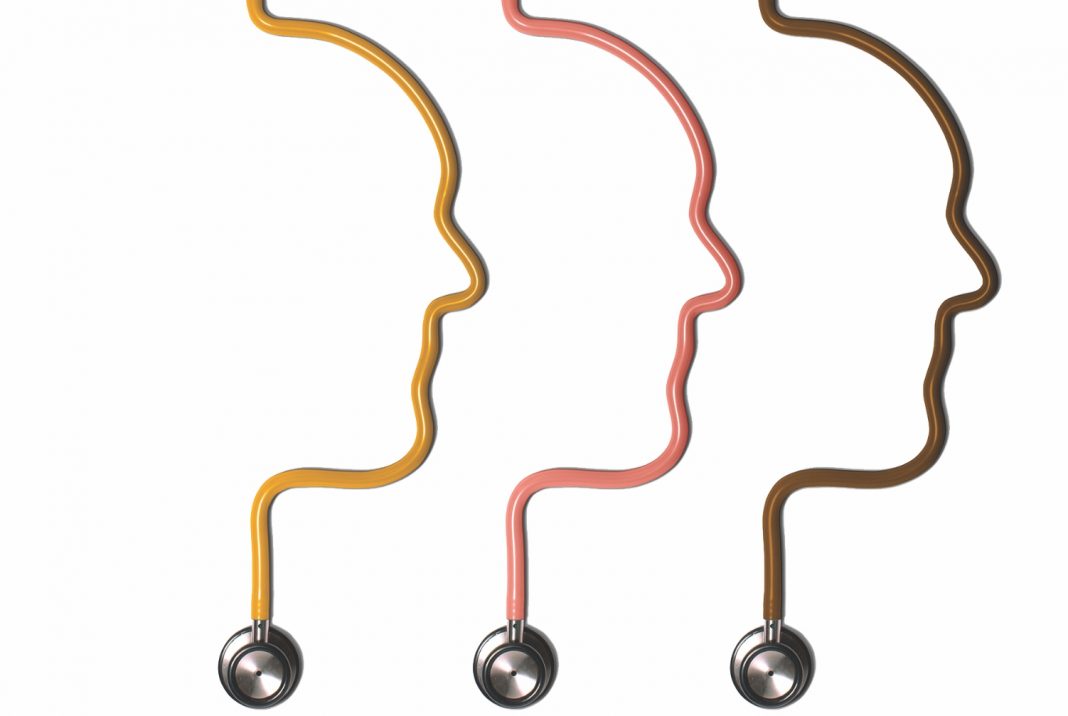 Gloria Sanchez didn’t see herself as a typical American med student. As the daughter of migrant workers from Mexico, her first language was Spanish, and by the time she graduated from her Orange County high school in 1990, she had rarely seen a doctor who wasn’t male and Anglo. Her path toward becoming a doctor and teacher at Harbor-UCLA Medical Center started from a much different place.

Growing up in Irvine, she was surrounded not only by Latino immigrants but also families from Vietnam, the Philippines, and across Asia, many of them with shaky English. As a child she was often called on to translate for her grandparents, and she understood that language and cultural barriers could make a visit to the doctor a frustrating experience. “We all had different languages,” Sanchez, now 46, recalls, “and the one thing that really stuck out to me with these different friends is you weren’t treated the same or very nicely if you didn’t fit in. Those things really spoke to me.”

Almost any kid growing up in Southern California during the 1980s, and before, likely experienced medicine the same way —a series of friendly white men (many of them Jewish) and an occasional woman bearing a stethoscope. In the decades since, that demographic has seemingly shifted in striking ways, with more Latinos, African Americans, Asians, Russians, Persians, and many, many more women greeting you in the examination room.

Nowhere is this multicultural phenom­enon better illustrated than on the first floor of the David Geffen School of Medicine at UCLA, where group photos of every graduating class since 1954 chart the institution’s evolution. The med students in the photos were almost exclusively white and male until 1973, when affirmative action began and the student body began to better reflect the city and its people. Meaningful change has taken place, but the It’s a Small World-like utopia it suggests is deeply misleading.

These demographic advances have not kept up with massive population growth in L.A. and across the state. The ratio of Latino doctors in the medical workforce is actually dropping, according to multiple studies. They make up just 7 percent despite being 40 percent of the population.

“African Americans and American Indians have also suffered severe drops and are essentially going backwards,” says David E. Hayes-Bautista, professor of medicine and director of the Center for the Study of Latino Health and Culture at UCLA’s school of medicine. In 2015 Hayes-Bautista and Sanchez released a report that looked at census data to chart evolving doctor supply and its demographics. “We’re about 30 or 40 years behind where we ought to be,” Hayes-Bautista notes. “Other states are eating our lunch in terms of the physician supply.” Caucasian doctors still amount to 48 percent of the doctor workforce. Asian doctors have managed to keep pace, now standing at 32 percent.

Doctors in California tend to do pretty well financially. Almost a fifth of them enjoy a net worth of more than $5 million, which is several points above the national average for doctors, according to Medscape’s 2018 physician compensation report. The average physician salary in the state is $296,000. But it’s much lower for practitioners in less urban areas.

“White follows green” goes an old saying—meaning white-coated doctors tend to follow the money. As a result, Los Angeles and its more tony environs are home to every conceivable specialty, while less-affluent parts of the state suffer from doctor shortages. In some areas the situation has become a “crisis,” according to a recent report from the California Wellness Foundation. It says that 7 million Californians live in places federally designated as “Health Professionals Shortage Areas.”

“In South L.A., East L.A., and other areas, there are fewer physicians—and if you travel outside of your neighborhood, you have a very difficult time finding physicians that look like you and can relate to you culturally,” says Crystal D. Crawford, program director for the foundation, which supports expanding health care in underserved communities through grants. “Having a more diverse physician population leads to better health outcomes.”

In the boom years after World War II, the handful of medical schools in California (including Stanford, UCLA, USC, and Loma Linda) were greatly expanded to deal with a population growth spurt. But in 1982 fears of a doctor surplus led to a moratorium on new international medical graduates. Unfortunately, since more than 80 percent of Latino physicians in the state then were trained internationally, that cut off the doctor supply to its fastest-growing demographic.

At USC, the Keck School of Medicine is making progress toward a more representative student body, including 7.5 percent African American, 10 percent Latino, and 19 percent first-generation enrollees. Each class is 186 students. “It’s not representative of the population at large. Our goal is to get as close to that as we can, but it’s incremental, because the whole process needs to start probably at elementary school,” says Dr. Donna Elliott,   vice dean for medical education at USC. “It’s the right thing to do, but also there is definitely a knowledge that diversity is beneficial to everyone in the class.”

In nursing, at least, Los Angeles is already the most ethnically diverse in California. And Sanchez has found some of the diversity she craved as a young med student among the residents she trains at the Harbor-UCLA Department of Family Medicine.

“I think we are at 21 different languages,” Sanchez says of the staff of 110, adding that complicated medical issues can be a struggle to understand, even in your own language. “I feel like it really helps level the playing field. Having diversity in medicine only helps you better identify with patients who are struggling to understand.”

RELATED: This L.A. Sperm Bank Is More Exclusive Than an Ivy League College