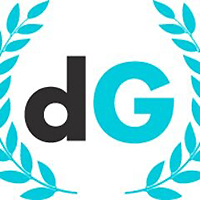 Emmy nominations may have been announced this morning, but we couldn’t let them overshadow the first annual DoGooder Impact Video Awards, which took place in L.A. last night. Held at Los Angeles’ YouTube Space, L.A. DoGooder, a social venture dedicated to celebrating the city’s most innovative community groups, decorated several filmmakers and entrepreneurs for their work on short films meant to bring attention to local non-profit organizations.

Marshaled by boisterous executive producers Mona Das and Dana Weiss, DoGooder created a sort of matchmaking service, pairing 13 filmmakers together with 13 social entrepreneurs and non-profits for a Video Hackathon. Each team had 10 days and no (read: zero) dollars to create a film no longer than three minutes in whatever genre they chose. In May, the films were put to a public vote online where over nine thousand locals and a panel of jurors cast their ballots for the do-goodiest Angelenos in town. The results of the vote were shared last night.

Each film told the unique story of an organization in an attempt to motivate L.A. to advance their important causes. Material development company REVOterial made Maria Saves the World, directed by Francisco Roel, and took on the city’s stuff-centric stereotype in a three-minute mockumentary. In another film, E-waste management organization Human I.T. teamed up with Mikaela Davis to present a satirical send up of our relationship with technology, encouraging us to break up with our inoperative devices and donate them to the charity. The hope of DoGooder is that these online video campaigns can help social entrepreneurs to market their stories in order to impact and inspire as many Angelenos as possible.

One particularly memorable film was The Box of A Hundred Horrors, a 1:39-long work shot in the style of an old-school horror trailer (meant to help people overcome their fear of the cooking). The film set out to celebrate the mission of Out of the Box Collective, a company that delivers locally grown and ethically sourced organic food to your door alongside seasonal meal plans and recipes, making it possible to eat locally without the effort of going to the Farmer’s market. “I wanted to create something that humorously conveyed this apparent horror we have of cooking, so we took the idea of an old 1960s noir thriller to create an ‘out of the box’ film suited to Out of the Box Collective,” says Lauren Selman, the film’s director. “If they say a picture is worth a thousand words then a video is worth a billion!” Its stunning visual composition ensured its triumph among voters; the micro-movie took home the awards for Best Cinematography and the Film of the Year.

Another success story was the crew from Education Through Music, an organization that partners with low-income inner-city schools to provide them with the resources for music education. In 2012 and 2013, ETM’s partner school program reached over 5,500 children attending 12 schools throughout Los Angeles County. Their film, directed by Shawn Loh, was considered to have the greatest magnitude of reach and moved people to see the good music education can bring to children. It took home the awards for Social Good Story Maker, Best Storytelling, and #LA2050 Impact.

In a city where film holds a very particular sense of power, we’re looking forward to seeing how each of LA DoGooder’s videos call the city to action.