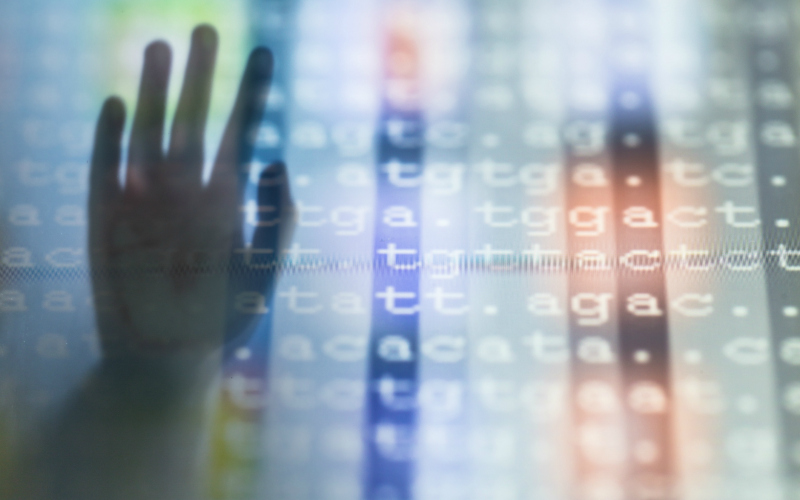 In 1976, when the serial rapist and murderer known as the Golden State Killer (a nickname given to him by Michelle McNamara in the pages of this publication) began his string of crimes, DNA evidence was was not the commonplace law enforcement tool it is now. It wasn’t until 1988 that DNA would be involved in a murder conviction for the first time, yet DNA evidence was a significant factor in this week’s apprehension of Joseph James DeAngelo, the man alleged to be the Golden State Killer. How did law enforcement make the connection in 2018? By way of a DNA sample uploaded by a distant relative of DeAngelo’s to a genealogy website.

The Sacramento County District Attorney’s Office confirmed how they made the link to The Sacramento Bee. Genetic material had been preserved from one of the crime scenes decades ago, but it hadn’t lead to a match. The most common type of DNA search, one McNamara even attempted in researching her book about the Golden State Killer, I’ll Be Gone in the Dark, traces only the Y chromosome and whatever connections do emerge can be tenuous and hard to trace, according to The Atlantic. But the open-source genealogy website GEDmatch offers users more robust testing and matching tools, and that was where investigators found their lead.

Following the trail to DeAngelo, Sacramento sheriffs took an item he had discarded at his home and tested it against the original crime scene sample. The results of that match were compelling to Sacramento District Attorney Anne Marie Schubert. “The second sample was astronomical evidence that it was him,” Schubert told the Bee.

So how did DeAngelo’s relative come to have their data on the site? It appears they voluntarily posted it as part of a personal genealogy search, and may never have known law enforcement would check the database—and may well not have had any idea what it could mean if they did.

The way GEDmatch works is this: If you conduct one of the third-party DNA tests that have become popular, such as 23andMe or AncestryDNA, you’ll provide a saliva sample for testing and the results will be given only to you. Those companies have both made statements that they do not share the data they gather about customer’s DNA. But some people find themselves unsatisfied with the detail provided in the analysis or want to be able to match their DNA against that of potential long-lost relatives. GEDmatch and other similar sites provide a largely free service which allows users upload the data they got from the genetic testing companies and put it out there for public search, most often for purposes of family research.

For the moment, there are almost no regulations on these databases or how law enforcement agencies are allowed to search and store data found on them. And while this was not the first time this type of public DNA search has been used in a criminal case, there is some unease amongst some in the genetic genealogy and privacy advocacy communities that police should have approached GEDmatch to disclose that they were using the database for this type of search.

“Because of the way this is done surreptitiously, there is also a lot of anger and backlash in our community,” Margaret Press, a geneticist involved with the nonprofit DNA Doe Project told The Atlantic.

RELATED: Has the Golden State Killer Finally Been Captured?