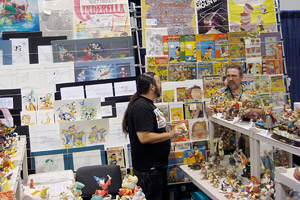 More than 10,000 people crowded into the Anaheim Convention Center last week for D23, described as Comic-Con for Disney fans. The cryptic name refers to the year the company was founded – first in Kansas City, then in Silver Lake and finally in Burbank after the success of Snow White. While I only spotted a handful of costumed superfans, the surprise guests (Johnny Depp and Miley Cyrus took to the stage unannounced) and epic size did remind me of that San Diego celebration of all things fantasy, just without all the scantily clad Klingons.