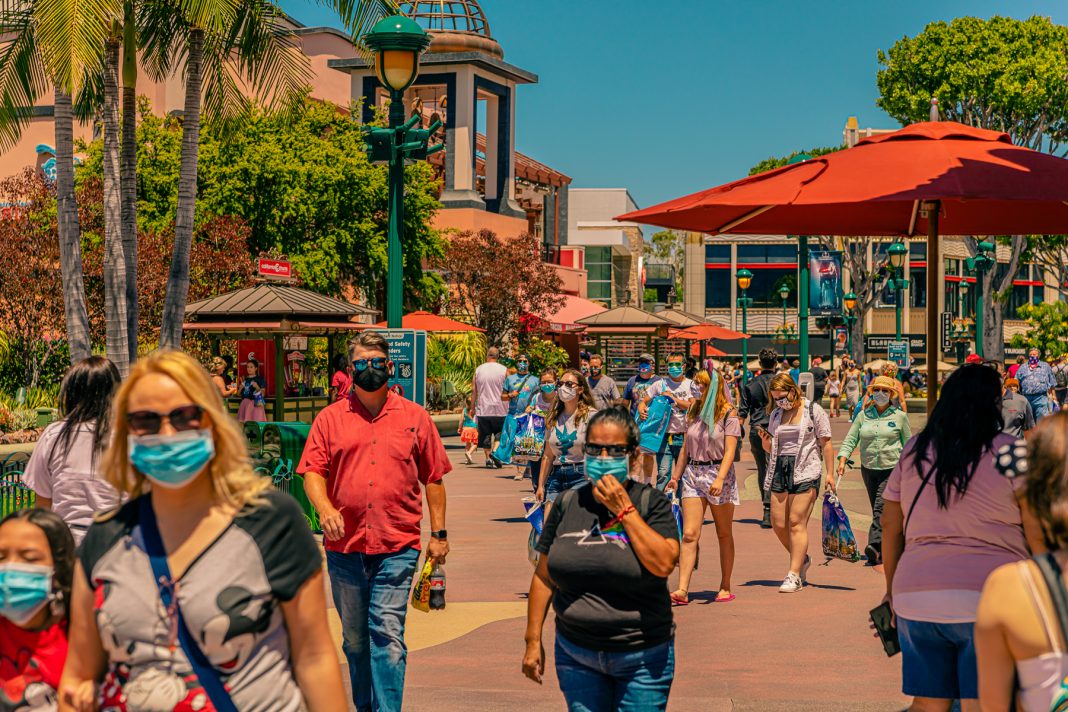 Although Disney’s Anaheim theme parks, Disneyland and California Adventure, remain shuttered due to the coronavirus, the Downtown Disney District reopened last month, allowing a select group of employees to return to work while 30,000 others are still on furlough. Now, the former group of workers are wondering if they really are the lucky ones in light of what they reportedly consider the Mouse House’s spotty response to their safety concerns.

The returning cast and crew say Disney has addressed some basic health issues related to reopening the outdoor shopping and dining complex, but that the company refuses to implement what they believe is an important safety protocol: daily COVID-19 testing for employees, the Daily Beast reports.

Earlier this summer, a coalition of a dozen unions representing 17,000 Disneyland cast members sent a letter to Governor Gavin Newsom, reading, “Although Disney has provided some information and accommodated some of our concerns, such as the need for the company to take temperatures of all cast members as they enter the worksite, there are numerous questions about safety which Disney has not yet answered, including any serious discussion of ‘testing’—which has been the cornerstone of plans for other areas of the entertainment industry reopening.”

Disney responded by arguing that testing isn’t always reliable. “The existing COVID-19 testing is not viable as a screening tool and not recommended by the FDA to be used in this way,” Disney labor relations director Bill Pace wrote in a statement. “Given the current range of false negatives, as high as 38 percent in the most infectious period of COVID-19, testing Cast Members can give a false sense of security.”

Indeed, the system that gives daily tests to players and staff confined to the NBA Bubble at Orlando’s Disney World has been highly successful, but a Disney spokesperson declined to discuss the discrepancy, telling the Daily Beast, “Our cast are Disney fans and we’ve adopted new protocols for face coverings, health screenings, cleaning and disinfecting, training, and more as they return to the magic.”

Disney is continuing to cover its employees’ health insurance during the crisis, but rapid tests may not be covered by their plans. Disney has also given workers an additional two weeks paid leave, but the effects of COVID-19 can last much longer than that.

Andrea Zinder, president of the United Food and Commercial Workers Local 324, which represents the Downtown Disney employees, says that those who test positive after two weeks will be left with just one not-so-magical option: “They’ll have to file for disability.”

According to the Daily Beast, at least one Downtown Disney employee has tested positive since the entertainment district reopened last month.