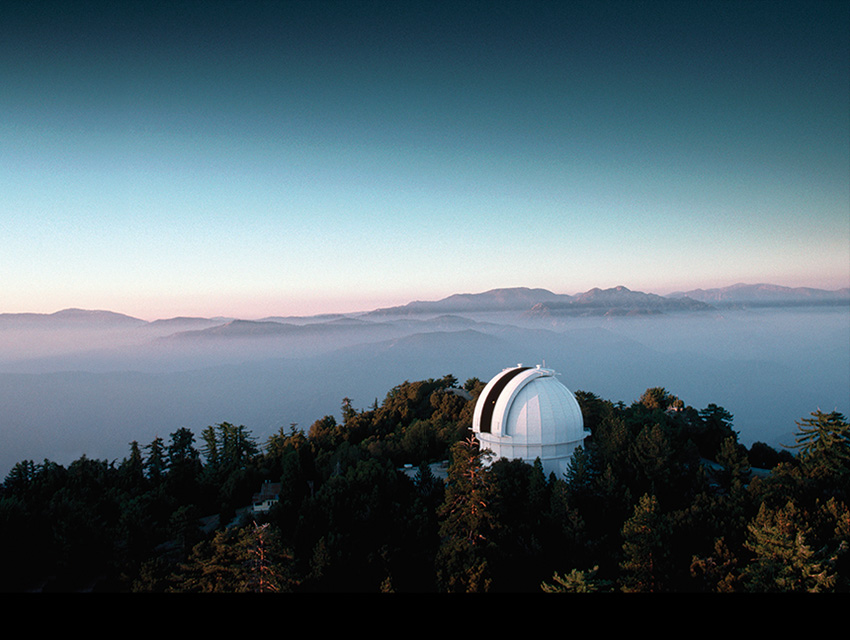 Griffith Observatory may well be, as its current director has said, the hood ornament of Los Angeles. But Mount Wilson Observatory is more like a tool kit in the city’s trunk—hidden yet essential. Founded in 1904 by the astronomer George Ellery Hale, the observatory takes advantage of the inversion layer that holds in L.A.’s smog while keeping the atmosphere above it nice and clean. During its first two decades, Mount Wilson became a hub of 20th-century astronomy and astrophysics. It’s where scientists first detected sunspot cycles, our solar system’s position in the Milky Way, and proof that the universe had other galaxies all racing away from one another. (That last bit was courtesy of Edwin Hubble, he of the eponymous telescope.)

Nik Arkimovich, who is 55, started driving to Mount Wilson, 5,715 feet above Pasadena, in the early 1980s. The pleasure of seeing stars dimmed next to the joy of whipping his Jensen-Healey around the curves of Angeles Crest Highway. But once he stopped to join a tour of the august facility, Arkimovich, a professional photographer and amateur stargazer, was hooked. Despite much of the observatory being in disuse, something about the place—with its century-old equipment and ghosts of great astronomers—pulled him in like a gravitational force. “I think it was my third tour when the docent said, ‘Nik, you should be giving the tours, not taking them,’ ” Arkimovich says. And so he did. Arkimovich has been a docent at Mount Wilson for more than a decade.

When he started volunteering, the original 60-inch and 100-inch optical telescopes were headed toward obsolescence (the numbers refer to the width of the light-collecting mirrors at the heart of the instruments). The inversion layer still inverts, but increased light pollution means the viewing just isn’t that great anymore. In 2009, a forest fire almost reduced the observatory to ashes. “The worst time for me, emotionally, was seeing the fire get so close,” Arkimovich says.

The near-death experience seemed to shake Mount Wilson from its doldrums. Both telescopes have been cleaned up. Since the spring, people have been able to stare at the skies by way of the same mirrors that Hale and Hubble and Albert Einstein used. They’re the largest instruments in the world that a nonprofessional astronomer can look through, says Arkimovich.

Nowadays Arkimovich reaches the top of Mount Wilson in an orange Miata. For the past few years, in addition to giving tours, he’s been training to operate the telescopes, keying in ascension and declination coordinates and making sure the beasts don’t crash against the confines of their domes. “I can play with the big toys, which I enjoy very much,” he says. “But for me, it’s more about the history.” And of course, you still can’t beat that drive.