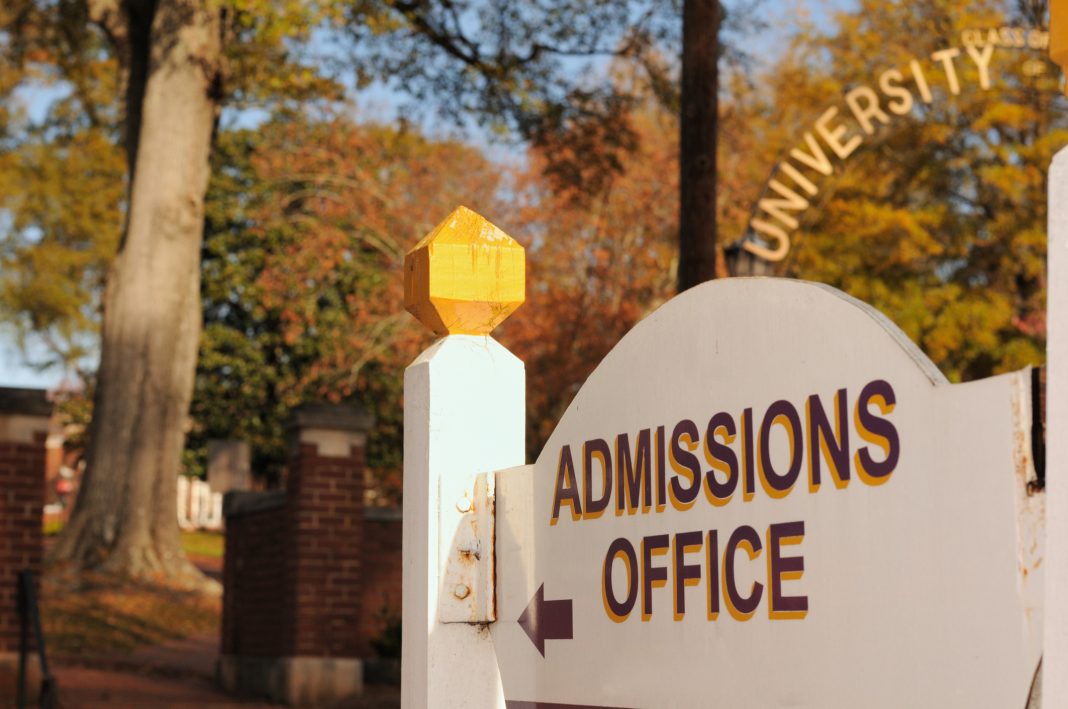 The college admissions scandal that broke last week revealed yet another way the wealthy manage to get a leg up. A college admissions coach named William “Rick” Singer is believed to have finagled rich kids into elite schools both by paying off athletic coaches to secure admission and by taking advantage of standardized testing accommodations meant to help kids with learning disabilities.

The greatest injustice is that students who actually need testing accommodations—things like extra time, distraction-free testing spaces, and scribes to fill in Scantron bubbles—are the least likely to get them because they lack the resources. In Stevie Beobi case, nobody even told her accommodations were available. Beobi faced abuse, homelessness, run-ins with the law, learning disabilities and chronic illness, but believed that a college education would be a way to build a better life for herself. Ultimately, she found a place at the Ohio State University.

We talked with Beobi, who is now a popular YouTube content creator and the owner of a commercial production studio in Los Angeles, about her story–and how she’s reacted to seeing the few take advantage of a system that was designed to help people like her, even though it often failed.

What were your childhood and high school years like? Did college even seem like a goal that was within your grasp?

I ran away from home at 15 [due to an abusive mother]. I went to the police, and Child Protective Services placed me and my brother in the Texas foster care system. A year later, my biological mother passed a drug test for illegal drugs (not prescription ones, but they couldn’t do anything about that) and we were placed back in her home. The abuse didn’t stop. She would kick me out and then call the police and report me as a runaway so she could still collect her social security check. So, I ended up homeless.

I remember sitting in an abandoned barn with a notebook and a pen, and I wrote down my goals and figured out that my biggest goal was I wanted an education. I was told that a homeless foster kid whose father killed himself and whose mother is an addict had a very low chance of getting a high school diploma. From then on, everything I did was to disprove that statistic.

One year, during a hurricane that destroyed my hometown of New Orleans, I had to evacuate. I ended up at a hotel five hours away from my school, with drug dealers who at least gave me food to eat. That was where I was raped. My school needed a parental signature to “excuse” my absences so I could make up the hours in Saturday school or that year wouldn’t count. My mother refused. I faked the papers. They called my mother. She said she didn’t sign it. So that year, zeros were factored into my GPA for every single one of my classes. I had straight As. I thought that was my last year, and I had reached my goal. Instead, when I turned 18, I moved to Ohio and repeated my senior year.

I ended up beating the odds just to graduate high school. What were the statistics on someone like me getting a college degree, after all that? My test scores were bad ass, and my essay was awesome. I was accepted to the Ohio State University and got a full ride.

“I was told I was faking my symptoms for a decade.”

When did you find out that, as someone who lives with learning and physical disabilities, there were supposed to be accommodations made for you in the educational and testing process?

I have ADHD, and I was medicated for it from around ages 4 to 21. It is way harder for me to concentrate in a silent room, so being able to play music or white noise machines would have helped me during testing. I also have a genetic illness called Ehlers-Danlos Syndrome.

I didn’t learn about the Americans with Disabilities Act until just a couple years ago, when I met my wonderful friend Annie Segarra. She’s an activist and wheelchair user, and so, so wonderful. She also has Ehlers-Danlos. I have lots of disabled friends and people I follow online who have to fight so hard with the little energy they have to get disability accommodations that they need, including to get schools to take them seriously.

I was told I was faking my symptoms for a decade. My blood fucking boils at the thought that some rich assholes are using disability accommodations in a way that will make it harder for those of us who really need them to be believed. Disability accommodations are not taken advantage of nearly as often as they are talked about.

Disability representation and public opinion is so fragile. I’m furious that these celebrities made us take a huge step back. My heart bleeds for high school kids with disabilities right now, who are being gaslit and denied accommodations because of some wealthy, famous pricks, trying to get their kids into college illegally.

How did you react to the news of the recent college admissions scandal?

Well, I am royally pissed about them faking disability to cheat on their tests. That’s the part that pisses me off. Paying for a library to get better grades in school? That is not shocking at all to me. I don’t even know if it’s illegal.

I wasn’t raised with entitlement, even the kind of entitlement that I probably should have been taught. I thought being able to attend college or even go to the doctor were privileges that were only available to the wealthy. And I felt lucky that I was smart enough to figure out how to use the internet to access information. No one taught me anything, I figured it out myself. At the time I was just like “You’re dumb, but your parents are rich. I’m smart, but I’m a poor, homeless orphan. That makes us equal.” I thought that having parents who loved you and didn’t hurt you would have been lucky, let alone being born rich.

RELATED: Felicity Huffman and Lori Loughlin Among High-Profile Parents Charged with Cheating to Get Kids Into College