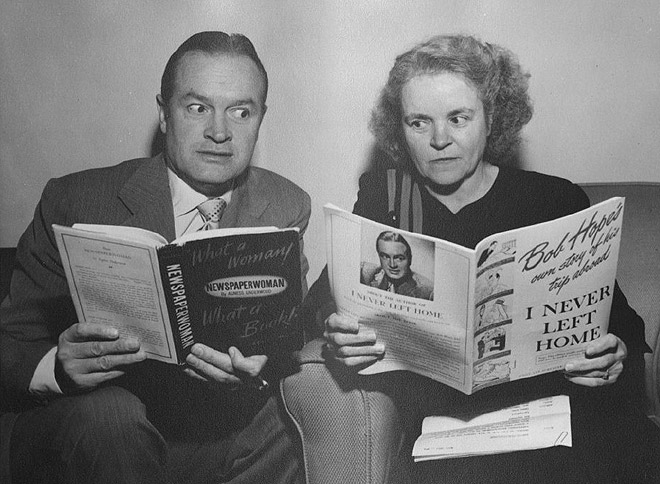 It has been nearly 30 years since reporter Agness “Aggie” Underwood passed away. I regret never having met her, because we would have had a lot in common. According to one of her grandsons, Aggie was an avid reader of mystery novels (as I am), and she collected perfume (I collect vintage cosmetics ephemera).

Aside from those mutual loves, I‘m sure that Aggie would have agreed with me that there is nothing like a killer crime mystery.

Aggie hadn’t always wanted to be a reporter; in 1926, she was a young wife and mother living in Los Angeles with her husband, her two small children, and her sister. The family was on a tight budget, so to save money Aggie often wore her sister’s hand-me-down silk stockings. There came a time when she longed for a new pair of her own and she asked her husband for enough money to buy them. There was no room in their budget for luxuries and her husband told her so, but Aggie was stubborn. She said if he wouldn’t give her the money she needed, she would earn it herself.

In her 1949 autobiography, Newspaperwoman, Aggie said that she didn’t really want a job, and that she had no idea where to look for one. Fate intervened in the form of a telephone call from a friend, Evelyn Connors. The Los Angeles Record, Evelyn’s employer, needed someone to temporarily fill the position of switchboard operator. Aggie jumped at the chance, those silk stockings finally within her grasp.

The Record was located at 612 Wall Street near the Pacific Electric station at Sixth and Main. Aggie could see and hear the streetcars as they rumbled past the building, adding an industrial sound track to what she described as the “weird wonderland” of men in shirt sleeves pounding away on old typewriters. She grew to enjoy the ambient hum that was occasionally punctuated by the shouts of reporters as they called out numbers for her to dial. It didn’t take long for Aggie to realize that she loved the newspaper business and wanted to become a reporter.

By 1930 Aggie had worked her way up from switchboard operator to reporter. The fast pace of the newsroom kept her on her toes, and she appreciated the opportunity to learn every aspect of the business. As her reputation grew, she came to the attention of William Randolph Hearst, who owned the Herald-Express. He would offer her a job a few times before she would finally accept.

Aggie went to work for Hearst in January, 1935. It was a decision that changed her life. Over the years she covered vicious murders, political shenanigans, and general mayhem with equanimity. Aggie once hid a wanted murderess in her home while her daughter’s Girl Scout troop met, in order to keep the criminal—and her story—away from other reporters. She interviewed movie stars, politicians, and bad girls locked-up in the Lincoln Heights Jail. She also attended the 1936 autopsy of actress Thelma Todd without fainting.

The last story Aggie reported was L.A.’s most infamous murder, the January 1947 slaying of Elizabeth Short, aka “The Black Dahlia.” Aggie was one of the Herald’s best crime reporters, yet she was promoted to city editor smack in the middle of covering the Dahlia case. Dahlia conspiracy theorists sometimes point to the timing of Aggie’s promotion as proof that she was close to discovering the identity of Short’s slayer.

But what if she wasn’t just close? Many years after the Dahlia case went cold, Aggie told her grandsons that she knew who had murdered Elizabeth Short. When asked for the name of the killer, all she would say was “he’s dead and it doesn’t matter anymore.”