Home Film Dial “O” For Obsessed: How The Director Of The New “Hitchcock” Biopic... 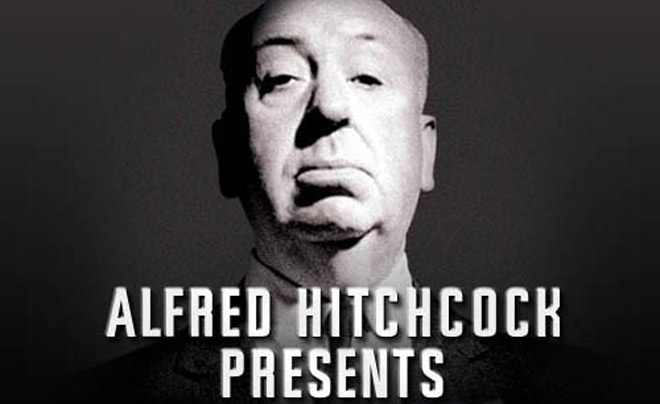 Alfred Hitchcock may be known as the master of suspense, but director Sacha Gervasi, whose new film Hitchcock starring Anthony Hopkins and Helen Mirren hits theaters this weekend, had no time to spare. The feature, which explores the turmoil between Hitchcock and his wife Alma Reville during the making of “Psycho,” was filmed just over six months ago—and shot in a mere 35 days.

If that’s not quite insane enough, Gervasi and his location scout Caleb Duffy (who worked on last year’s Oscar-sweeping picture The Artist) were determined to recreate Hitchcock’s midcentury stomping grounds, from the Paramount lot to his favorite Beverly Hills haunt. “We wanted it to be as authentic as possible,” Gervasi says, “but we had a limited budget and very little time.” The story of how Gervasi and his crew brought back Hitchcock’s Hollywood comes with a few twists, as you might expect. Below, Gervasi reveals five of his favorite scenes and the crafty ways he and his crew brought long-gone L.A. locations back to life.

The Scene: The Wisconsin house of Ed Dean, the real-life serial killer and inspiration behind Psycho.

The Twist: “We found an incredible house that looked like it could be in Wisconsin, but it’s actually in Lake Piru. It’s this old, scary haunted house. It’s just unbelievably brilliant we couldn’t have production designed it better. It’s very rare to find a location where the inside matches the outside. The only problem was there were these honey bees had made their home inside this abandoned and haunted house so we had to send in people with gas to go in and move the swarm. It was like a biblical plague—they did return later so it was fine.”

The Scene: Hitchcock in his office on the Paramount lot.

The Twist: ” What’s ironic is in the film is Hitchcock complains about Paramount making Dean Martin and Jerry Lewis movies, but we actually filmed as Hitchcock’s office Jerry Lewis’ original office on the lot. Now it’s the head of Human Resources, I think. We kicked him out and shot there.”

The Scene: The Hitchcocks enjoying their luxurious Bel Air mansion.

The Hitchcock Twist: “We used the exterior of a house on Alpine Drive in Beverly Hills, but the interior is from a house in Old Town Pasadena.”

The Scene: Hitchcock and his wife at Chasen’s in Beverly Hills

The Twist: “Chasen’s closed in 1995 and is now a Bristol Farms on Doheny and Beverly. We decided to shoot in Musso and Frank’s, and gave it a facelift.  What we did was quite subtle but they liked it  We changed the tables and put some woodpaneling – they said they liked it and were going to keep it but I’m not sure they did.”

Bonus Twist: “We tracked down Pepe Ruiz who was the original barman at Chasen’s. He’s retired now, but he served the Hitchcocks for 40 years, so he came in and served Anthony Hopkins as Alfred and Helen Mirren as Alma champagne for that scene. It’s literally in the movie for one second—you’ll miss it if you blink— but it was great having Pepe Ruis actually there.”

The Twist: “We tried to finda beach house in Malibu from the 1950s with nothing around it, it’s incredibly hard to find. Caleb Duffy found this old lifeguard station at Point Mugu in Malibu, which is state owned, and the state allowed us to film there. For the film we made it a little bit more beautiful and turned it back to a time where it looked like a personal residence.”