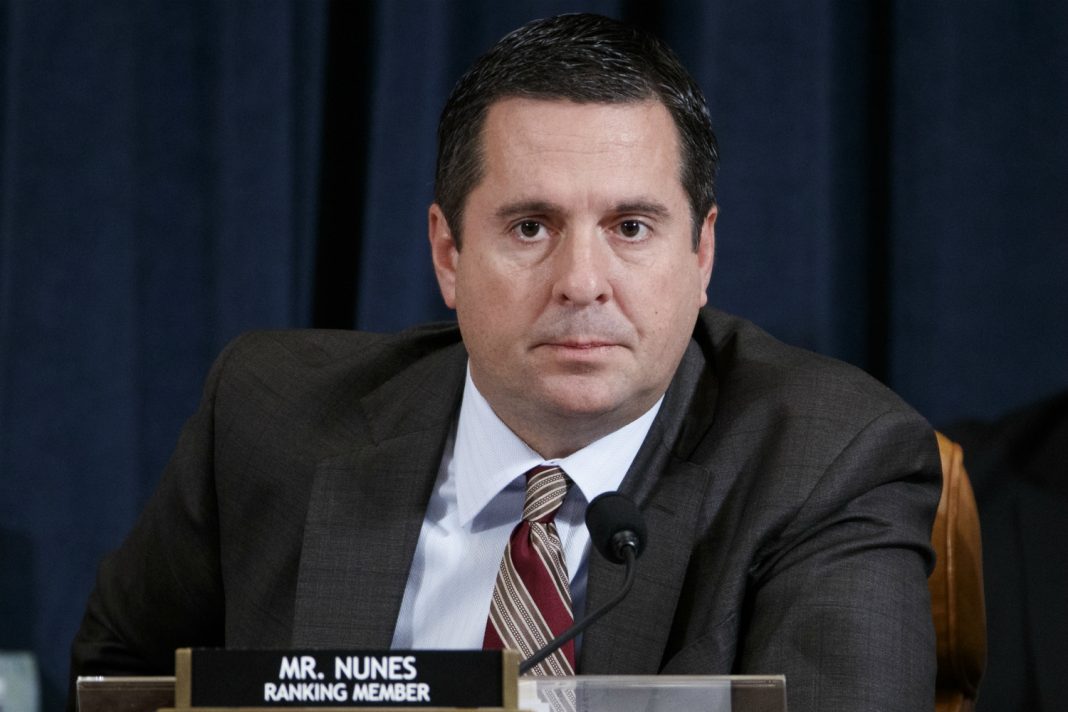 Just in case the California Congressman wasn’t sure why he would have been talking to a foreign national who’d go on to be indicted in a campaign finance scheme—as AT&T call logs released by the Intel Committee show he did—Hannity offered Nunes a novel excuse of his own.

“My sources are telling me that three of the four so-called calls were apparently just to Giuliani and maybe on Parnas’s phone and under a minute,” he said. “Is that true?”

“It’s better than that,” Nunes replied, explaining that committee members have “Americans and foreigners contact us all the time.”

Failing to address the Parnas issue, Nunes proceeded right into Giuliani territory. Those calls, he said, were not evidence of scheming between a lawmaker and Trump’s personal lawyer at the center of the scandal that got the impeachment hearings rolling, but just two old friends having a laugh over the Mueller Report.

“And during that time, if you remember, that was right when Robert Mueller completely bombed and flamed out,” he said. “So, I remember talking to Rudy Giuliani. And we were actually laughing about how Mueller bombed out.”

That must have been one hell of a joke, since the call logs show that Nunes and Giuliani spoke three times on April 10 alone.

Moments later, both Nunes and Hannity forgot the “sources” suggesting that Nunes was actually speaking to Rudy on those calls made from Parnas’s phone.

“Did you ever talk to this guy Les Parnas or whatever his name is?”

“You know, it’s possible,” Nunes replied. “I haven’t gone through my phone records. I don’t really recall that name. I remember the name now because he has been indicted.”

After recovering that memory, Nunes assured Hannity, “I will go back and check my records, but it seems very unlikely I will be taking calls from random people.”

Well, whomever Nunes was chatting with on Parnas’s phone on April 12, the call log shows that Nunes spoke to them twice.

RELATED: Democrat Phil Arballo Says He Has a Solid Plan to Beat Devin Nunes in 2020