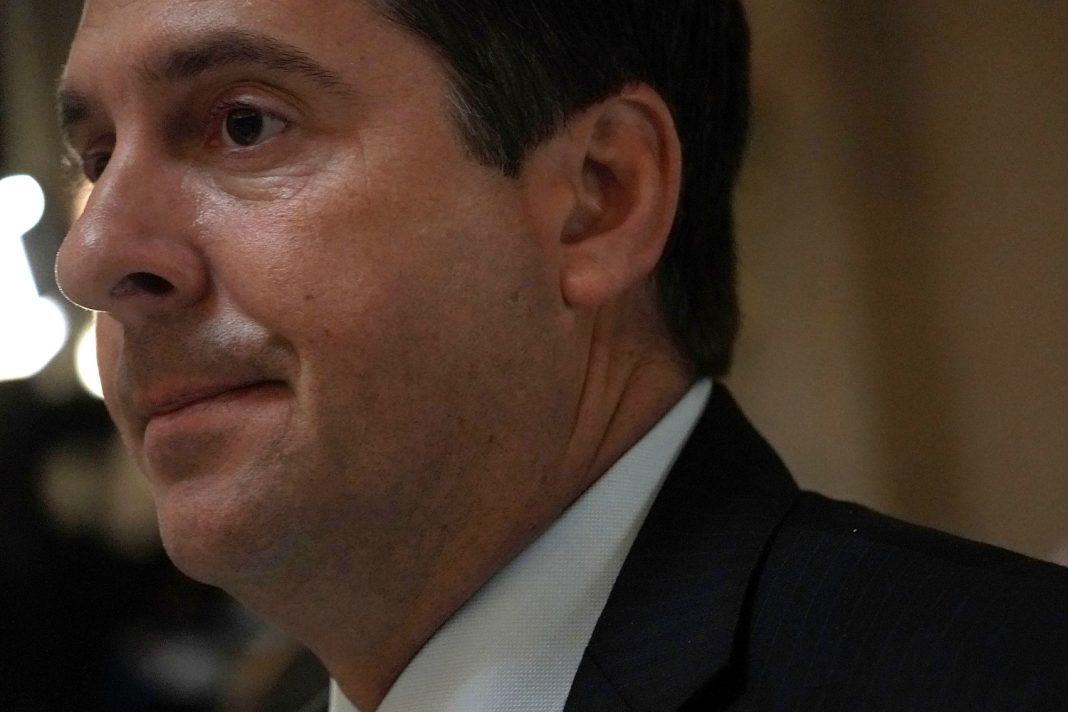 Fresno Congressman Devin Nunes, the top Republican on the House Intelligence Committee, got today’s impeachment hearing rolling by insisting that the only Ukraine conspiracy afoot is a “carefully orchestrated media smear campaign” by the Democrats.

Nunes started off playing his greatest hit, calling July’s Mueller report hearing “the pitiful finale of a three-year long operation by the Democrats, the corrupt media, and partisan bureaucrats to overturn the results of the 2016 election.” The day after that hearing ended, he explained, Dems “turned on a dime” to focus on Ukraine.

That day, of course, was July 25, when Trump made his “I need a favor, though” call to the Ukrainian president.

“And yet now, here we are,” he continued. “We’re supposed to take these people at face value when they trot out a new batch of allegations?”

Nunes then got spooky, saying that witnesses who had testified in a secure facility on Capitol Hill last month had been “put through a closed-door audition process in a cult-like atmosphere in the basement of the capitol, where Democrats conducted secret depositions.”

Indeed, the hearings were so secret that 48 out of 197 House Republicans were authorized to attend them.

He also accused Democrats of reciting “a purely fictitious rendition of the president’s phone call” at an earlier hearing, by which we can only assume he meant Congressman Adam Schiff’s parody of the call, which he introduced as “the essence” of the White House-issued transcript.

“I’ve noted before,” Nunes recalled, “that Democrats have a long history of accusing Republicans of committing offenses that they themselves have committed… Now they are accusing President Trump of Malfeasance in Ukraine, when they themselves are culpable.”

Nunes insisted that there should be no hearings at all until he gets answers to “three crucial questions that Democrats are determined to avoid.” These three crucial matters involve what Nunes calls Democrats’ “prior cooperation” with the whistleblower, “Ukraine’s election meddling with the Trump campaign,” and why Ukrainian energy company Burisma hired Hunter Biden.

Biden has admitted that taking the $500,000-a-year position was probably a stupid move, but so far no one has produced evidence of any criminal wrongdoing.

“What we will witness here today,” Nunes summed up, “is a televised theatrical performance, staged by the Democrats.”