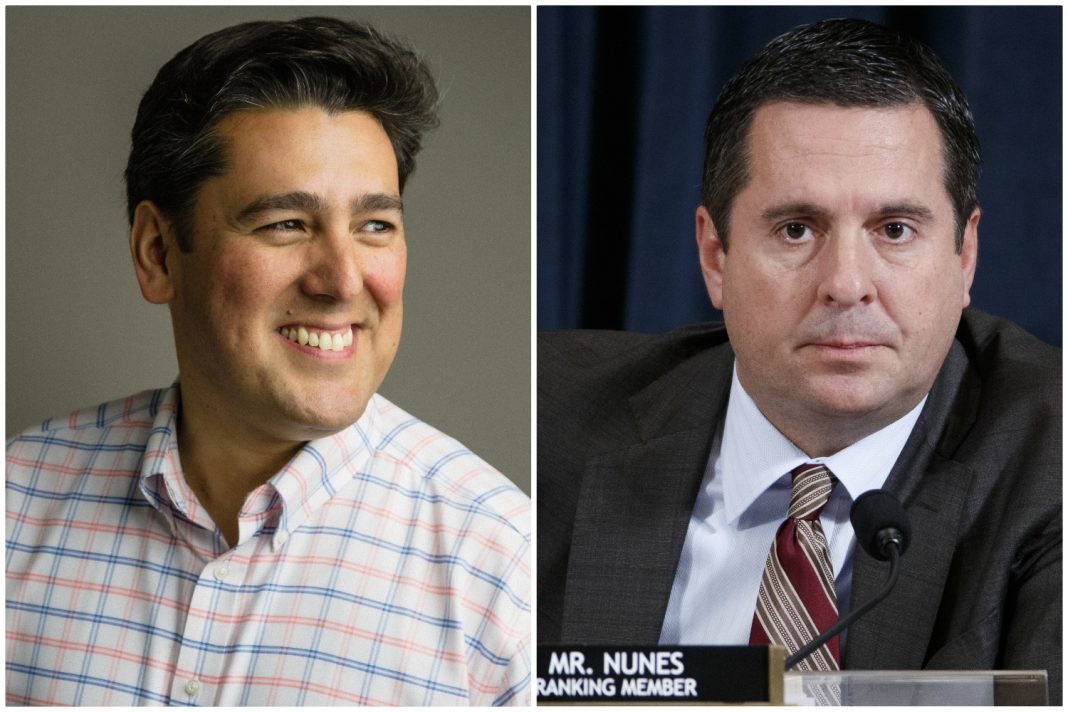 Last November, Fresno prosecutor Andrew Janz and his $9.2 million campaign came closer than anyone has to unseating Trump follower Devin Nunes since he slid into California’s 22nd Congressional District in 2003, losing by just five points. Now, Fresno businessman and political newbie Phil Arballo—whose campaign raised $310,000 in just the weeks since the impeachment hearings began—says he can do better. We asked him how.

How does your campaign differ from Andrew Janz’s?

I believe that my candidacy is different from Andrew’s in that I’m a regular guy here in the Central Valley. I’ve never run for office before. I have my own business in financial services, and I’m a family man. I have a wife who is an instructor out at one of the local community colleges. I’m raising a 5-year-old and a 1-year-old, and I think that’s a stark difference between not only Andrew and myself, but Devin and myself.

We’re running against Devin Nunes and I believe that I am 180 degrees from Devin Nunes. I’m present. I’m invested in this community. I sit on two committees for the City of Fresno. I’m an active board member with the local Central California Hispanic Chamber of Commerce, which promotes small businesses like my own in the minority community. So I think it’s more, you know, “This guy is one of us. This is where he was raised. And he understands what I’m going through to have had to work his way up and down the Valley to provide for his family.”

Why do you call Nunes an “absentee congressman”?

Because he doesn’t show up here. And when he does show up here it’s usually for some fundraiser that nobody can get into, that you have to use a secret code or secret knock to get into. He comes under the cover of darkness into the most populous city in his district, which is Fresno, to usually about two places where he feels comfortable, where he’s not going to be bothered, where he’s going to take softball questions.

That’s the biggest thing. He’s not visible. He’s not accessible. He has two offices here that aren’t even staffed because he just refuses to do his job as a Representative. No town halls in almost a dozen years, and that’s unacceptable as a public servant who the people have entrusted to represent them.

If that’s the case, how does he keep being reelected?

There were a lot of things that worked in his favor when he first got elected. It was a very conservative district. It was very easy for him to win against that background down in Tulare County, where he grew up and went to school, but a lot has changed since then.

In 2010 we did redistricting here in the state of California and it made this district a little bit more favorable. But we’ve seen a tremendous amount of differences especially since 2016, in registration, in demographics, and the biggest thing is, he never had a real challenger until last year. You had people file here and there, but last year’s nominee put together a true campaign, one that was well-funded, one that was running on all cylinders up until the very end, and that’s how you’re going to take out Devin Nunes—having a well-run machine. And that’s what we have now, that’s how we’re going to get our message out that there is a better option than Devin Nunes on the ballot next year.

How do your policies differ from Nunes’?

We need a representative who is committed to moving the Central Valley forward and the one thing that we do know with the current representative is that he is more dedicated to his Number One constituent, Donald Trump, and his administration, than the hundreds of thousands that he represents here in CD-22. He votes along party lines when it comes to health care. He is silent when it comes to the immigration policies of this administration. And he has done nothing to provide better paying jobs, and helping us when it comes to providing access to clean water to every community here.

Devin Nunes is the most well-funded GOP incumbent candidate in the House right now, but what we’ve been able to do since the impeachment hearings is remarkable. With the amount of grassroots support that we’ve had with Devin Nunes at the forefront, and with the scandal that broke at the very end, we’re confident that we’re going to have the resources we need to get our message out there through the general election to everyone we need to come out to vote to make me the next member of Congress.

How do you think Nunes has changed since Trump took office?

I’ve always known him as my congressman, unfortunately, since 2003, and this is who he’s always been. He’s always been this guy, and then when Trump came into office, now he has a platform, and he has someone he can look up to. So he can be even more aggressive and arrogant and bullying of those around him who dare to challenge him […] He’s refused to be present here and I think that’s one of the reasons people just kept putting him in office. You never really knew what he was doing, and there was never anyone to challenge him, but since this president has taken office he’s had more of a sounding board. And, unfortunately for him, it’s going to be to his demise in 2020.

RELATED: Devin Nunes Wants to Take His “Mom” and “Cow” to Court Over Tweets About Taints