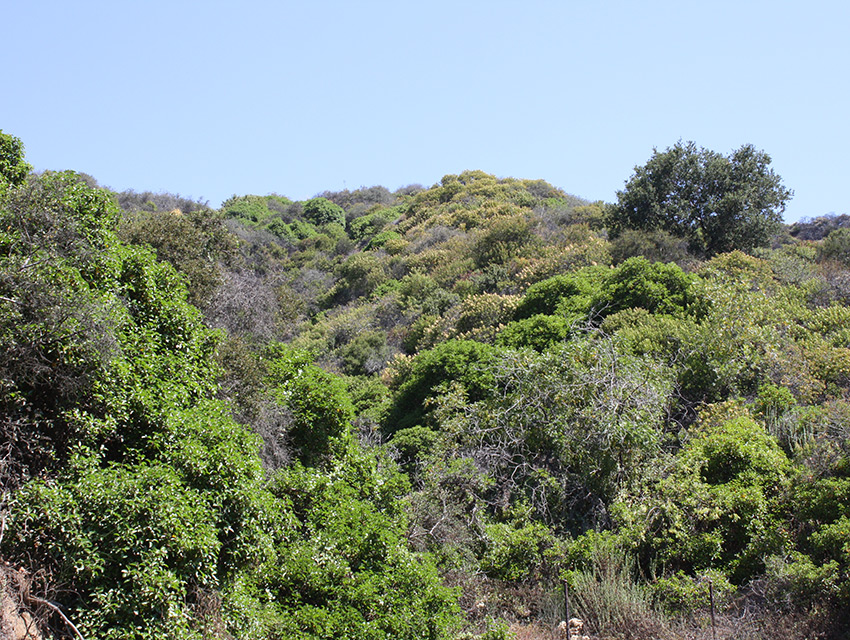 The Laurel Canyon Association, in coordination with Citizens for Los Angeles Wildlife, has signed an agreement to purchase a 17 acre swath of land between Lookout Mountain Avenue and Stanley Hills Drive in Laurel Canyon. Their intent is to prevent any development from touching the area, ever. A mile away from Jim Morrison’s onetime home, the parcel of land contains one of the highest points in Hollywood Hills, a 1,400 foot crest that offers views from Catalina all the way to the Sierras. Under the CLAW’s watchful eye, the Mountains Recreation & Conservation Authority will preserve the land as an open space where vegetation and wildlife can flourish. Home to deer, coyotes, bobcats, and raccoons, it’s a tiny island of largely undisturbed wilderness in a sea of wildly expensive homes, and if all goes as planned, it will stay that way. All going as planned, of course, requires $1.6 million in fundraising.

The land has been on the market for some time, and after a rumored plan to turn it into a solar farm fell through, the LCA and CLAW stepped in and convinced the owners to sell the land to them instead of dividing it up for the construction of houses. Of the total sum that needs to be raised, $48,000 is due by November 2; if that goal isn’t met, the deal will be called off and all donations refunded. So far, the groups have raised only $10,000. For more information or to donate, visit letsbuyamountain.com. See the area the groups want to purchase below: