Home Essays We Need to Flatten the Curve of Despair 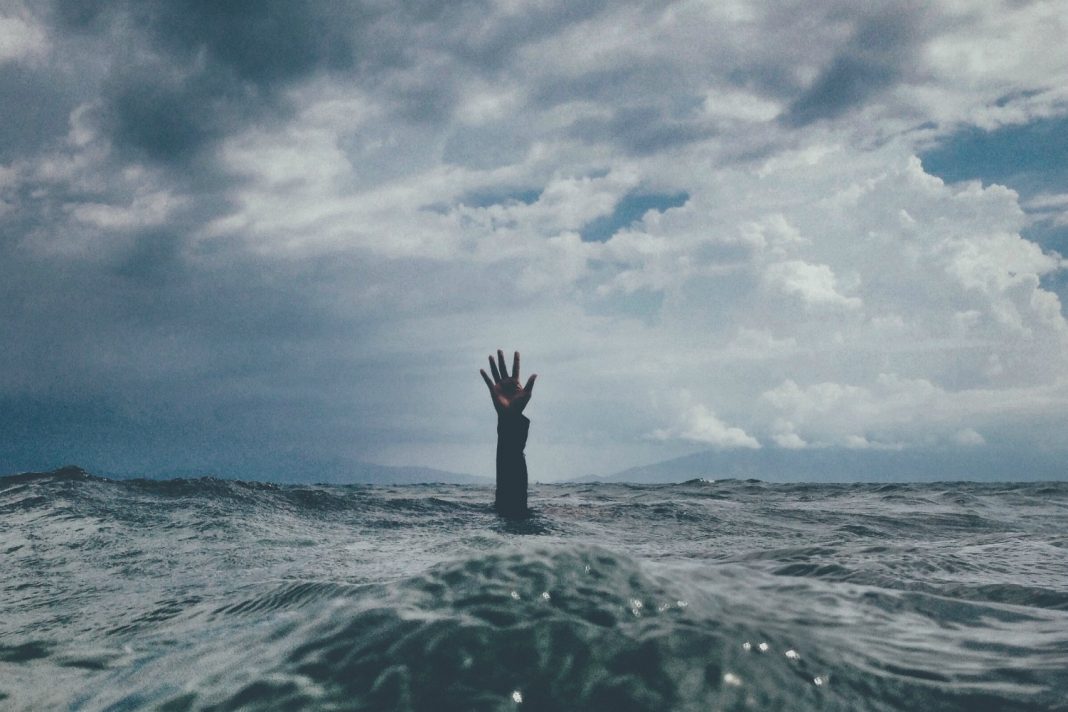 Two days before he ended his life, LW sat in my psychiatry office, describing the last few years of misery. After working at a local restaurant for ten years, he lost his job when the business closed. He had already been struggling with symptoms of depression (he was too ashamed to use the word “depression”), but in the months that followed, without the structure and esteem of employment, LW was overcome by an internal pain that made even getting out of bed a monumental task. He could not muster the motivation and energy to reach out to family or friends, or search for another job. Weeks were spent inside, hope fading, tormented by negative thoughts. His world grew smaller and smaller, like a candle melting in on itself.

In my office, the pain was palpable. But it was hard to reach through the awkward smile and the tense body language. For years, stigma had prevented LW from getting any help, and if not for a concerned motel worker calling 911, interrupting an initial suicide attempt, LW would have never been psychiatrically hospitalized and then discharged to see me in clinic. There was the faintest seed of hope—cracked and arid after years deprived of connection and meaning—but it was there, in the moments of ambivalence, easing into the couch, talking about his beloved nieces and nephew, and the book he hoped to write. Or maybe it was not—maybe it was just the mirage of my own wish to nurture him back to life. During our third meeting, LW and I developed a plan. Having exhausted the last of his savings, LW was several months behind on rent and facing eviction. He worked with his family on a temporary solution: LW would move in with his dad while he got back on his feet. But the eviction proved to be a fatal blow. On the day he was to leave his apartment, LW hung himself.

The writer Andrew Solomon observes that the catastrophe of suicide is “not only the loss of someone, but the loss of the chance to persuade that person to act differently, the loss of the chance to connect.” It’s nine months later, and I still have a dark dis-ease rotting in the pit of my stomach. I have cycled through the guilt, the sadness, the anger, the shame. I have processed what I did well and what I could do better. LW is my first patient to commit suicide. Well-meaning colleagues have attempted to normalize the pain, reminding me of the occupational hazard: “Having a patient commit suicide is not a matter of if, but a matter of when.” That is no consolation. I suspect the stain will never fully wash out. The worst part is the foreverness: the permanent loss of the chance to connect. I miss LW and the conversations we will never have, the updates I will never get, the recovery we will never walk.

I show up to work, some days alight with the fire to prevent losing another soul to suicide, some days dragging myself through the side door, wanting to forget. The shadow of suicide looms over me. But I keep showing up. And I am thankful for that; the routine and responsibility have probably saved me from plunging into despair. Coincidentally, during the past eight months the world has plunged into its own desperate chaos. For me, the timing could not be more ominous. We are charting a course upended by uncertainty and division. We are physically distant from one another. My appointments with patients are now, for the most part, over the phone or online. As we navigate these startling changes, the person not with us today weighs heavy on my mind. The tragedy of LW has been my most important professional lesson to date. He taught me the importance of connection, days before the beginning of mass disconnect. Ironically, as social distancing has become a meme and an indispensable part of our lexicon, humans are now clamoring for connection. Psychology 101: we want what we cannot have. But the true tragedy is that we’ve been distancing ourselves for years. As Youngme Moon, a professor at Harvard Business School (and the host of one of my favorite podcasts, After Hours) put it:

We’ve run the risk of having the concept of ‘social distance’ become the defining metaphor of our generation. This term ‘social distance’ has become something that we are now using in the context of this virus, but it’s something that we’ve actually been practicing and getting better and better at over the years. We get our food delivered to us instead of congregating in restaurants, we watch Netflix instead of going to the theater, we don’t know our neighbors anymore, we avoid eye contact on the street, we surround ourselves with so much technology and this technology has enabled us to become so comfortable in our atomization. So comfortable in our isolation.

LW succumbed to this isolation. He had an underlying biologic predisposition to depression, which, when combined with an environment of economic insecurity and the shame surrounding mental illness, proved to be fatal. The threat of this pandemic will diminish over time. While it is here, we must unequivocally practice physical distancing and follow the advice of epidemiologists and infectious disease experts. It is the fastest way to reopen the economy and reconnect physically. But I fear that the fallout from this pandemic will accelerate alarming trends that we have been seeing for years, trends the tragedy of LW represents.

As physician/writer Atul Gawande outlined in the New Yorker in March, for decades, death rates for large populations across the world had been consistently falling, but since 2014, astonishingly, life expectancy for the U.S. population as a whole has fallen or remained flat. Why? Suicide and self-poisoning—so-called “deaths of despair”—particularly among working-age white men and women without college degrees. Ironically, the only precedent to such a drop in life expectancy is from a century ago—1915 through 1918—during the First World War and the influenza epidemic that followed it.

What kind of economy will we create? One with gig work and income stagnation? Or one with a more equitable division of the pie?

Princeton economists Case and Deaton have found that joblessness—the percentage of a local population that is unemployed—is correlated most strongly to deaths of despair, even more so than the opioid epidemic, poverty, obesity, or the broken healthcare system. In places with a smaller fraction of the working-age population in jobs, suicide, drug overdoses, and alcohol-related liver disease all go up. Since the economic collapse eight months ago, millions of jobs have been recovered, and the stock market is reaching all-time highs. But the economy still has 10 million fewer jobs than it did before the pandemic, a bigger loss than the 8.7 million at the depth of the recession a decade ago. The recovery is losing steam and permanent layoffs are rising. COVID broke the economic levee, but insidious cracks had been building up for years, driven by automation, globalization, and soaring healthcare costs (in an employer-based healthcare system). Hopefully, in the months and years ahead, businesses will reopen and jobs will be filled. But what kind of economy will we create? One with gig work and income stagnation for the bottom half of earners, like the last 40 years? Or one with a more equitable division of the pie?

The coronavirus has already claimed more than 200,000 lives in the United States, and I watch in admiration as my colleagues in emergency rooms, hospital wards, and ICUs have heroically battled to save lives. I am bracing myself for a different kind of battle in the years ahead, one that is not acute and external, but chronic and invisible. As a psychiatrist, I am privileged to be in a position of service, and we have several research-based, effective treatments at our disposal. We will help many people. But as a nation, we must also address populations and systems. We can flatten the curve of deaths of despair by creating a more equal economy and funding opportunities for people to have meaningful work and volunteering.

Most importantly, we must make the effort to create real social connection, now in the context of having to maintain physical distance and after. In my own struggles with isolation and shame, I have been blessed with the loving support of family and friends. But over the last year, after going through a divorce, I needed to develop even more connection. I joined a men’s support group and left private practice to work at a teaching hospital. These two communities have kept me afloat, especially after the tragedy of LW, and now as the COVID-19 pandemic persists.

In psychiatry, we use medications and therapeutic techniques to improve mental health. We also leverage diet, exercise, meditation, and new ways of stimulating the brain. But at the end of the day, connection is what we use to heal. I lost the chance with LW. But crisis is an opportunity for growth, a moment to reset. Let me not squander it. Let us not squander it.

Dr. Eric Noble is a board certified psychiatrist working in Los Angeles.