Home Politics Deported, Without A Country To Call Home 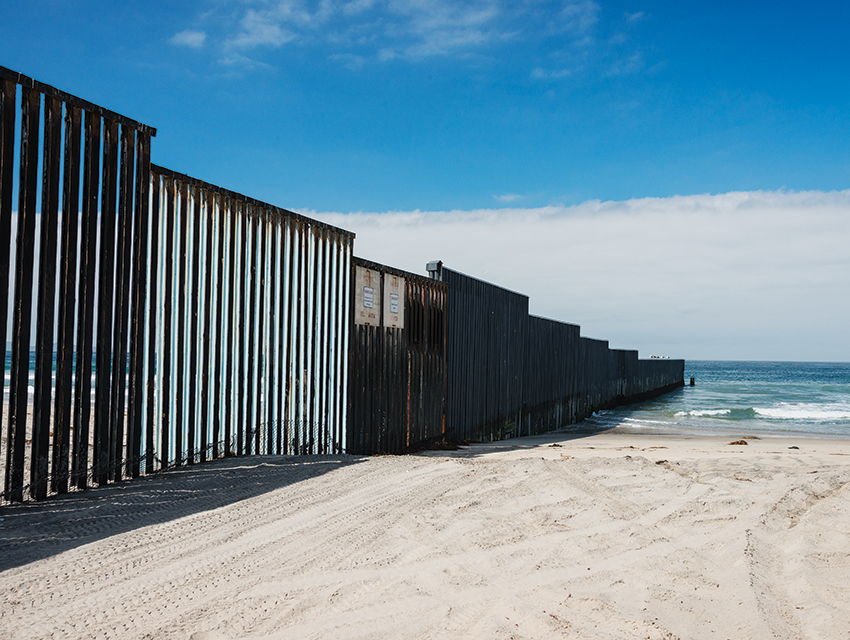 For a lot of years English was Angel Avalos’s passport. He learned the language  as a teen after crossing through Tijuana and into Los Angeles illegally with his parents in 1972. Later, working as a printer in downtown L.A., he found he could go to Tijuana to party, then cross back into the United States simply by speaking to the customs officers in his by-then fluent English. Other Mexican immigrants struggled with the language, even after decades in the country. Avalos was proud he’d learned it. He got lumps in his throat when singing “The Star-Spangled Banner” at Dodger games.

Avalos tried halfheartedly to obtain legal residency but never succeeded. With his English, he easily found work after his girlfriend left with their daughter. Avalos wound up homeless in Fontana and was arrested in 2009 for living in a foreclosed house. He spent some time in jail. Then federal authorities took him.

At about that time, President Barack Obama was hoping to shore up support for his plan to create  a path to citizenship for undocumented immigrants. Trying to win over Republicans, he became the first president in decades to consistently enforce U.S. immigration law, deporting large numbers of undocumented immigrants who broke the law. The result: more than 2 million deportees since 2010. Tens of thousands—mostly men—ended up in Tijuana.

Angel Avalos was one of them. He’d lived in El Norte for 38 years. In 2010, the gate to America clanged shut behind him. “I felt like I was in the wrong place, a stranger,” Avalos, a small, wiry 60-year-old with short-cropped hair, tells me. “Even though I spoke [Spanish] and everybody looked like me, it was all backward.”

Tijuana is a little like L.A.: an elastic place without much history or entrenched elites but with plenty of room for new arrivals. In the past those arrivals would move through on their way to a different future. Now many stay in Tijuana, hoping for a reprieve and to remain as close as possible to their families in America. A half-dozen shelters and numerous flophouses—dense pockets of lonely men raised in America—have sprouted next to the border near where hundreds of thousands of migrants crossed north years ago. Deportees have crowded into the city’s notorious hooker hotels.

A startling number have tattoos from L.A. gangs. There are also vast numbers of men who were working stiffs, more or less law-abiding illegal immigrants raising families in America, who got caught up in the criminal justice system through a traffic infraction, a minor drug offense, or quite often, a drunk-driving arrest. They wander Tijuana like zombies, shell-shocked and grieving. Like Avalos, they were undocumented in the United States and are undocumented in Tijuana. Lacking their native country’s basic papers of identity—Mexican birth certificates, social security cards, voter IDs—they’re unable to work legally. Though companies hire English speakers like Avalos to work in call centers, lining up the paperwork can take as long as a year.

RELATED: Answer Me This

Too often the deportees fall into street life, to the disgust of Tijuanans, who don’t view them as fully Mexican. “These people are filth,” says one taxi driver, who declines to give his name but says he was born in Tijuana. “If they had behaved, lived right, they wouldn’t be here. But they didn’t, so the government up there threw them out and we have to live with them.”

Tijuana police view deportees as scourges, too, targeting them, Avalos tells me. He’s been beaten and stomped, and had his money stolen by officers. With no close family in the hometown he left so many years ago in the state of Jalisco, Avalos has stayed in Tijuana, moving in and out of a series of small apartments. After a bunch of odd jobs, he has settled into cooking hamburgers and hot dogs through the night on a pushcart grill for downtown partyers.

Avalos bridles at his new place in the world. The police don’t give a poor man a chance, he says, and the streets are dirty. “I’m never going to get used to it. It’s not in me,” he tells me. “I do miss everything [in the United States]: the way things are, the laws, the way it looks. We don’t have a country. They don’t want us over there and they don’t want us over here. We’re lost in between.”

Sam Quinones wrote about L.A.’s immigrant pioneers in the December issue. His latest  book is Dreamland: The True Tale of America’s Opiate Epidemic.