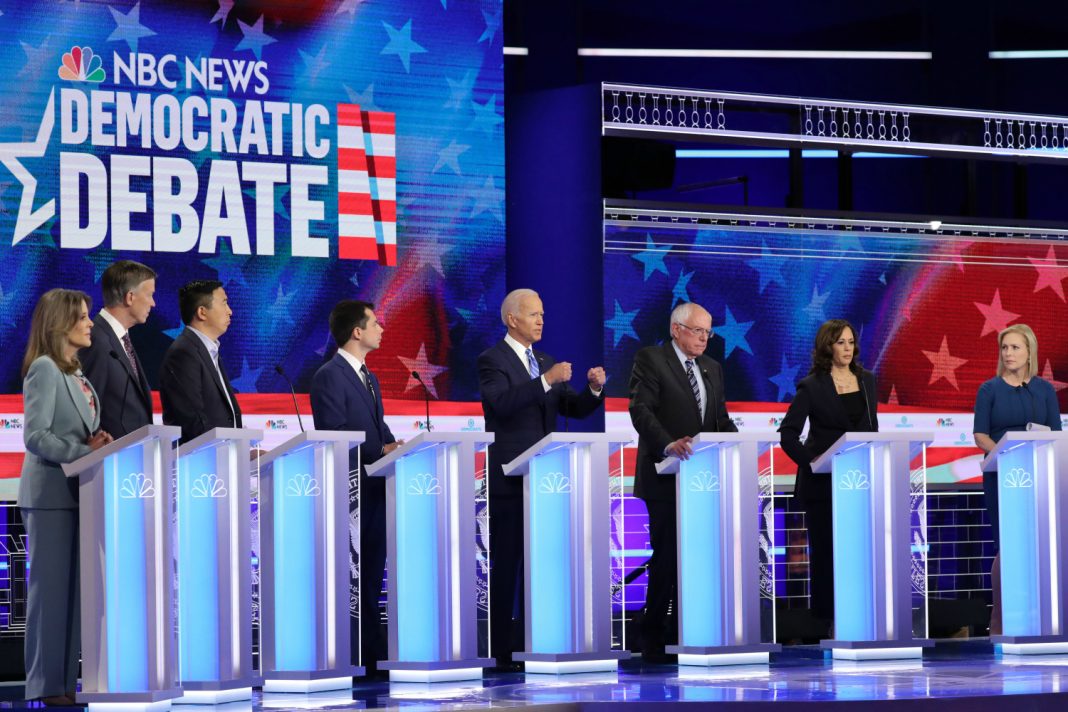 Last night, the lead contenders for the Democratic Primary nomination took the stage in Miami to fight it out in the second round of debates. How’d they do? We’ll their words speak for themselves.

When things got started with a ten-way shouting match, Senator Kamala Harris cut in: “Hey guys, you know what? America does not want to witness a food fight, they want to know how we’re going to put food on their table.”

Eyes were on her again when she told Joe Biden: “It was personal and it was hurtful to hear you talk about the reputations of two United States senators who built their reputations and career on the segregation of race in this country.”

She stayed on the topic for another of the night’s memorable lines: “You also worked with them to oppose bussing. And there was a little girl in California who was part of the second class to integrate her public schools, and she was bussed to school every day. And that little girl was me.”

When moderator Rachel Maddow questioned Bernie Sanders about an interview in which he said gun control should be a state issue, he began to say, “That’s a mischaracterization—” but she quickly shut him down in one of the night’s notable exchanges, with a quick, “That’s a quote of you.”

Mayor Pete Buttigieg got biblical when it came to criticizing Republicans: “We should call out hypocrisy when we see it. And for a party that associates itself with Christianity, to say that it’s okay to suggest that God would smile at the division of families at the hands of federal agents, that God would condone putting children in cages, has lost all claim to ever use religious language again.”

When asked why, after two terms running South Bend, Indiana, his police force is still only 6 percent black while the city is 26 percent, he was refreshingly blunt: “Because I couldn’t get it done.”

Largely seen as an outsider candidate, Marianne Williamson did use her moment on the debate stage to press her fellow candidates to stick to policy questions. “I have great respect for everyone who is on this stage,” she said, “But we’re going to talk about what to do about health care? Well, where have you been, guys?”

Former Colorado Governor John Hickenlooper took his shot at the Trump administration: “If you’d ever told me anytime in my life that this country would sanction federal agents to take children from the arms of their parents, put them in cages, actually put them up for adoption—in Colorado we call that kidnapping—I would’ve told you it was unbelievable.”