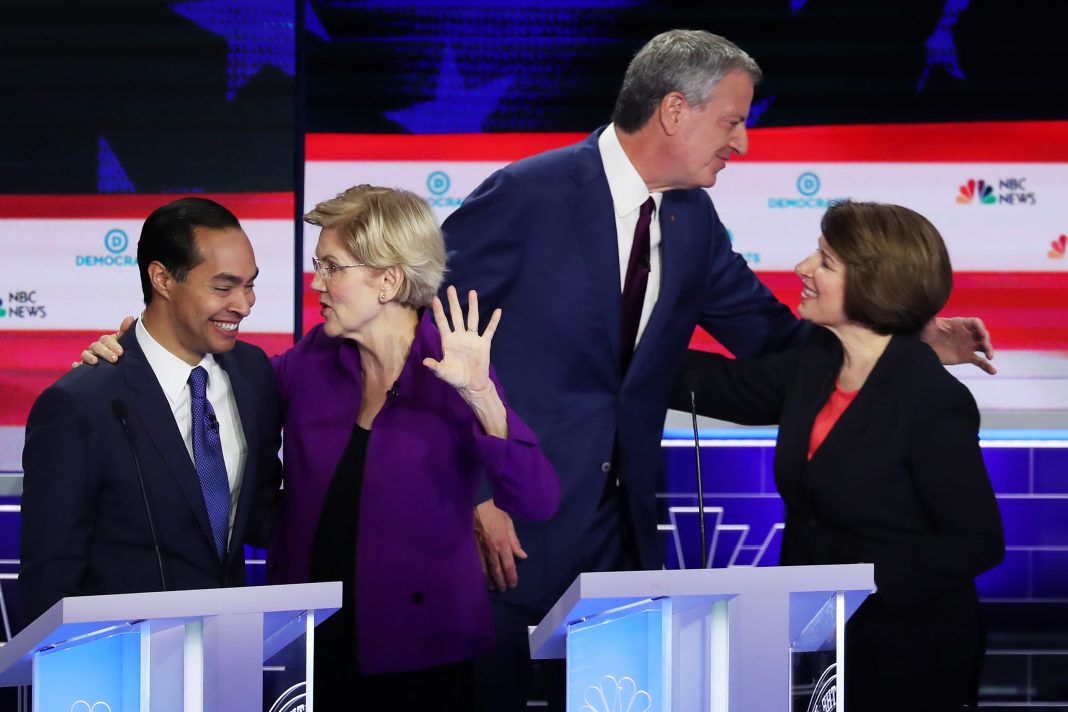 No worries if you missed it, because the Internet has encapsulated its most enduring moments.

First, there was Beto O’Rourke’s sudden, definitely-not-calculated switch to Spanish.

Cory Booker also speaks Spanish, as his side-eye when O’Rourke beat him to it made abundantly clear.

BOOKER: I can't believe you did my thing before me.

DE BLASIO: I have a black son.

KLOBUCHAR: …Um, I have an uncle with a deer stand?

Tim Ryan: We should stay in Afghanistan. And make sure the Taliban doesn't attack again like 911.

There was a general feeling that some of these dudes are just not ready for prime time.

It takes balls to say you're fighting the hardest for women's rights with three women on stage. Like it takes literal balls because only a man would do that. #DemocraticDebate

But the breakout hit of the evening was Elizabeth Warren.

Elizabeth Warren found $10 on a sidewalk. Rather than keep it, she invested $87 of her own money on flyers to find its rightful owner and return it.

Moderator: Do you have a plan to deal with Mitch McConnell?

Now, it’s on to Round Two of debates on Thursday night.

I guess the highlight of the #DemocraticDebate for me was when @BernieSanders changed his twitter background to a photo of him pulling out a woman's hair pic.twitter.com/gTAMkZvhDm