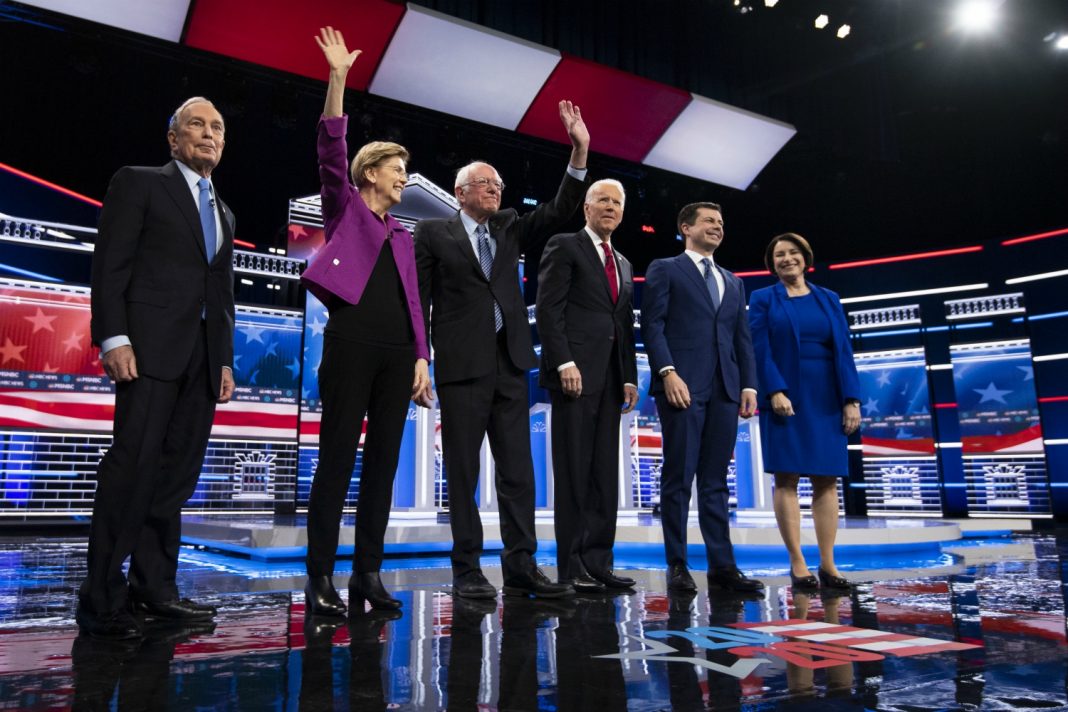 Seems Donald Trump isn’t the only (supposed) billionaire who’s good for ratings. Last night’s Democratic debate, the first for former New York Mayor Michael Bloomberg, broke viewership records for the Democratic party. New participate aside, it certainly doesn’t hurt that Super Tuesday is around the corner and will likely be the end of the road for some of the candidates. At least a third of all Democratic delegates will be determined in just ten days’ time.

Approximately 19.7 million people tuned in to watch Wednesday night’s debate. As Vanity Fair points out, that means the debate’s viewership bested both the 2020 Golden Globes (18.3 million viewers) and the 2020 Grammys (18.7 million viewers). The New Hampshire debate on February 7, on the other hand, drew only 7.86 viewers—and that was up from a dismal 7.36 million viewers for the Des Moines debate. The Dem debates haven’t been a big draw for TV watchers since way back in June 2019, when 18.1 million people tuned in.

Bloomberg was a late entry into the race and has spent many millions of his considerable fortune on TV ads, including one during the Super Bowl, and he’s risen in the polls as a result. He wasn’t qualified to enter any previous debates because of the DNC’s grassroots funding threshold (Bloomberg’s campaign is entirely self-funded). The DNC dropped that rule in December, opening the door for billionaires like Bloomberg to participate.

It wasn’t exactly a sterling evening for Bloomberg. Senators Elizabeth Warren and Bernie Sanders went for Bloomberg’s jugular, taking him to task for derogatory comments about women, his “grotesque” and “immoral” wealth, and the non-disclosure agreements signed by former female employees, which seemed to fluster the typically unflappable former mayor.

He clapped back at Bernie, saying, “What a wonderful country we have. The best known socialist in the country happens to be a millionaire with three houses.”

Other highlights included Amy Klobuchar and Pete Buttigieg, both moderates, going after each other. The New York Times compared the evening’s drama to the petty brawls on Keeping Up With the Kardashians.

The best audience for a primary debate for either party was 24 million views on Fox News, for the first Republican primary debate in 2016—and we know how that turned out.

There’s only one more Democratic debate before Super Tuesday. Those who won’t be in South Carolina on February 25 can tune in to CBS or BET to watch.