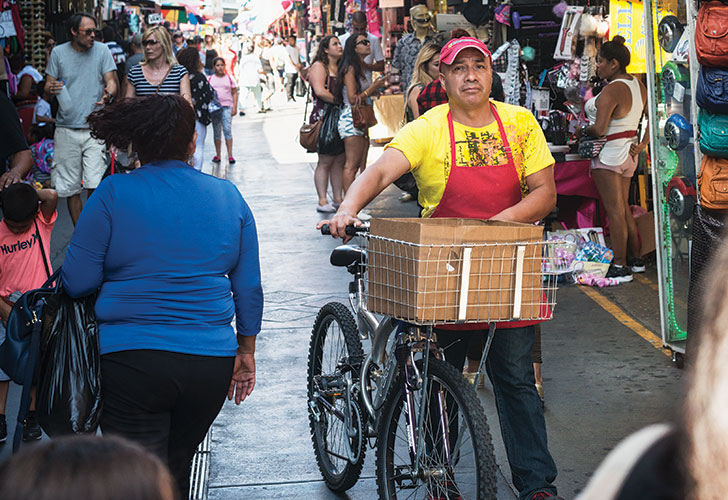 Americans tend to measure success by our degrees, jobs, cars, zip codes, and even area codes (if you live in L.A.). When it comes to the children of immigrants, however, relying solely on these markers of success fails to factor in “starting points”—what resources these second-generation kids were given, at birth, by their parents. If you take into account that some kids have a leg up on others, neither I nor my sister is truly successful. We wouldn’t be where we are—she’s a pharmacist, I’m a sociology professor at UC Irvine—without the incredible starting points our parents provided.

My parents immigrated to the United States from South Korea after my father was admitted into a Ph.D. program at Temple University. My mother—who trained as a nurse—obtained a visa for our family (a change in U.S. immigration law in 1965 had opened the doors to Asian immigrants, giving preference to highly skilled applicants). But after settling in Philadelphia with two kids, my parents realized that they couldn’t make it on a nurse’s salary. So my father quit his studies; my parents borrowed money from family members, spent their $500 life savings, and opened a business selling sneakers in a predominantly African American neighborhood. Only after seven years of running the sneaker store could my father afford to return to graduate school, where he earned his Ph.D. in religion. When it came time for my sister and me to go to high school and college, my parents footed the bill for private schools. To use a baseball analogy, my sister and I didn’t hit triples; we started on third base.

When I talk about success with my students, many of whom are first- and second-generation Asians and Latinos, I ask for a show of hands: Who among them are the first in their families to go to college? About half are, and many of those are embarrassed about it. I look them in the eye and tell them not to feel ashamed. They are real immigrant success stories because they started with less than the other half of their classmates, bucked the odds, and made it to a top university.

RELATED: Out from the Shadows

In our book, The Asian American Achievement Paradox, my coauthor, Min Zhou, and I explored this idea. After interviewing the adult children of immigrants in L.A., we found that second-generation Chinese do extraordinarily well in terms of education: 63 percent of those we talked to had graduated from college, and none had dropped out of high school. To put these figures into perspective, just 28 percent of Americans have a college degree. At the other end of the spectrum are second-generation Mexicans: Only 17 percent of those we met had completed college, and 14 percent had dropped out of high school. When we measure success in terms of college degrees, the children of Chinese immigrants come out ahead.

But if we consider starting points and measure success by evaluating how far one generation outpaces the next, the children of Chinese immigrants are not as successful as they first appear. While their educational achievement is impressive, they have merely replicated what’s come before: 61 percent of their fathers have college degrees. Graduating from college is no easy feat, but it’s far easier when your parents have paved the path before you.

Often overlooked is the remarkable progress that the children of Mexican immigrants in L.A. have made. In just one generation they have doubled the high school graduation rates of their parents, doubled the college graduation rates of their fathers, and tripled that of their mothers. Factoring in where they began, the children of Mexican immigrants come out ahead of all immigrant groups.

Based on our research, the astounding intergenerational mobility of second-generation Mexicans should put to bed any claims that Mexican immigrants are inferior, dangerous, and unsuccessful. To leave a country, learn a foreign language, and begin again in a new culture takes courage, humility, perseverance, and grit—qualities that all immigrants possess in spades. This explains why immigrants start businesses at higher rates than U.S.-born Americans do. Immigrants are revitalizing schools, businesses, and neighborhoods, and enriching L.A.’s tapestry. No matter where they started out.

Jennifer Lee is a professor of sociology and Chancellor’s Fellow at UC Irvine.