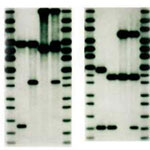 You could say Carol Burke is obsessed with crime. By day she heads the sex-crimes division of the Los Angeles County district attorney’s office. In her spare time she hunts down old crime-scene evidence and court exhibits that might yield DNA from violent offenders who died before their genetic profile was entered into the system. This work, dubbed Dead Man Talking, is the first of its kind, an innovative but labor-intensive passion project with one goal in mind: to solve cold cases.

Anne Marie Schubert, a deputy district attorney in Sacramento County, started the Dead Man Walking project. How did you get involved?
Ann Marie grew up in Sacramento during the time of the East Area Rapist, when everyone up there was really petrified. She always had that case in the back of her mind. When she became a D.A. and started working with DNA cases and cold cases, it occurred to her that someone like him could have been arrested, and perhaps that was why he seemed to disappear. What if he was convicted of other crimes? Is it possible he was a serial killer already on death row, and we just didn’t know he was the East Area Rapist? When she looked into the possibility, she found a lot of inmates died before giving DNA. That’s how the project got started.

I used to be the head of the forensics division. Anne Marie was teaching a class on DNA, and I took the class. This was in January 2011. She told me about the project, which she’d already started working on.

Was there a particular aspect of the work that drew you in?
When Anne Marie decided to look into inmates who had died, the most logical place to look for those responsible for unsolved murders—the worst of the worst—would be on Death Row. That’s where the serial killers are going to be. So she got a list of Death Row inmates who died since 1984 without providing a DNA sample.

When we first met she showed me the list of Los Angeles County Death Row inmates and William Bonin was on it. (Bonin, dubbed the “Freeway Killer,” targeted boys and men in southern California in the late ‘70s. He was executed in 1996.).

I grew up here and remember reading about Bonin. He was a poster child for dangerous serial murderers. I was shocked we didn’t have his sample in the system. That intrigued me. I thought this would be a fascinating task.

Are there changes in police procedure that could potentially help the project? For instance, I’m thinking of the timeline for destroying forensic evidence?
Because these inmates have died, and they didn’t give a sample the easy way (alive sitting in their cell), we have to look for other sources of biological material that might be out there. If someone had been autopsied there would be a tissue sample, or maybe when they were arrested the police took a blood or saliva sample that’s sitting somewhere, or was introduced into court evidence. The longer the police and courts hang onto stuff the farther back we can dig for DNA of people who are now deceased. But that butts up against the pressure the courts and police agencies have with limited space. They can’t save everything forever, as much as I wish they could.

There’s no centralized database about genetic material availability?
You have to make calls. If you’re looking for inmate A, and he died, and a sample wasn’t taken, then you make calls. Was he autopsied? You might call the agency that arrested him and ask, Do you have anything? You look in the evidence locker. I go to court and have clerks pull the files. I go through boxes of evidence that have been sitting for decades and go through by hand to see if I can find anything.

What’s your batting average?
Los Angeles County had ten Death Row inmates who died before giving a sample. I think I found stuff on six of the ten.

How do people pique your interest?
We started with Death Row inmates. Once we’re finished with that group, we’ll move on to people who maybe didn’t get the death penalty but got alternative punishment, life without parole. Life sentence. Sex registrants. You could work on every person who went to prison without giving a sample.

Have you solved a cold case yet?
Yes! We solved a case involving Juan Chavez. Back in 1999 Chavez was convicted of five murders. The victims were lone men found in their apartments. He pled guilty, got life without parole, and was sent to Folsom. He hanged himself three months later. They never got his DNA. Anne Marie, because she’s tenacious, went to Folsom to see if they had autopsy samples. They had about 40. She developed the profiles. One was Chavez, and once his sample was entered, it matched DNA on a cigarette butt left at the scene of an unsolved murder in 1990, a man found strangled in his apartment.  That was a very exciting moment. We want to have more moments like that.

For Los Angeles Public Safety Personnel, Could It Be the Jab or the Job?