Home Uncategorized David Petraeus Fights On: The Ex-CIA Director Will Be Teaching At USC... 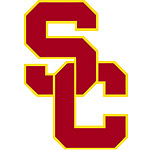 The University of Southern California announced today that David Petraeus, who left the CIA in November after confessing to an extramarital affair with his biographer Paula Broadwell, has accepted a teaching position at the school for an open-ended period of time. Last month, the retired four-star general also took on a visiting faculty position at CUNY.

Petraeus, who has a bachelor’s degree from West Point and a PhD from Princeton University, will mentor ROTC members and participate in campus seminars in addition to teaching. USC has designated him a Judge Widney Professor, named for the founder of the university, which is “a title reserved for eminent individuals from the arts, sciences, professions, business and community and national leadership.”

USC made no mention of Petraeus’ recent brush with scandal in the statement they released early this morning. According to renowned historian and USC professor Kevin Starr, Petraeus “will add transformative energy to our teaching and research in international relations, government, economics, management, defense studies and military science—fields mastered by this clear-thinking jargon-free polymath.”

As for his part, Petraeus released the following statement: “I am very grateful to have an opportunity to be part of a great university that prizes academic excellence, that is doing cutting-edge research in areas of enormous importance to our country, and that is known for steadfast support of its veterans and ROTC programs.”

Petraeus’ tenure at USC is scheduled to begin July 1st, 2013.

As Students Speak Out, USC’s Greek System Reckons with Racism