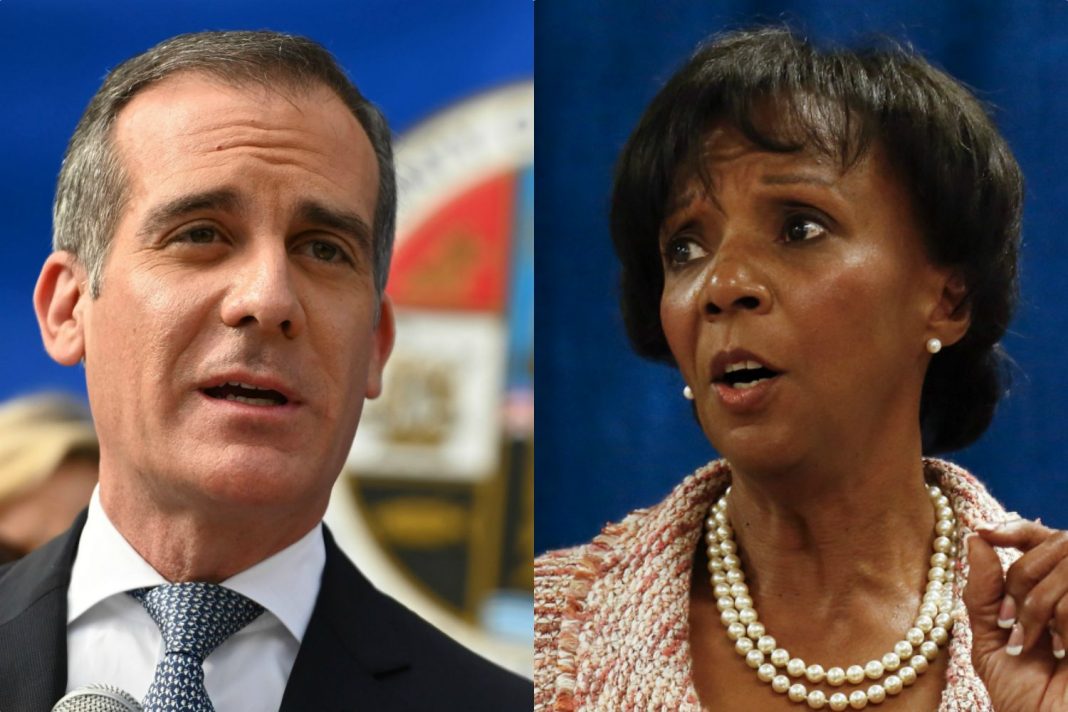 On Sunday, months after he first said it “may be” time for change in the Los Angeles District Attorney’s Office, L.A. Mayor Eric Garcetti officially withdrew his endorsement of incumbent DA Jackie Lacey and endorsed Lacey’s challenger, George Gascón.

“George Gascón will help our county shift the burden from the criminal justice system and jails toward diversion, intervention and re-entry programs that save money and save lives,” Garcetti said in a statement. “He is a leader who I have known and trusted for nearly 20 years who can meet this moment.”

Before becoming San Francisco police chief and, subsequently, San Francisco’s District Attorney—a post he held from 2011 to 2019—Gascón served as the Los Angeles Police Department’s assistant police chief under Chief William Bratton. The 66-year-old left San Fransisco to launch his bid for L.A. DA, presenting himself as a progressive alternative to incumbent Lacey. In the March primary election, Gascón managed a distant second place finish behind Lacey, who ultimately failed to garner the 50 percent voter support needed to avoid a runoff in November.

Since March, Gascón’s candidacy has been bolstered by a fresh wave of anti-Lacey sentiment amid ongoing Black Lives Matter protests against police brutality and racial inequality. Lacey, a Black woman, has long been accused by critics of being lenient on police officers accused of misconduct, failing to press charges in officer-involved deaths, and accepting cash from law enforcement unions, which have been some of the most enthusiastic financial backers of her current reelection bid. The antipathy between Lacey and BLM activists reached a fever pitch just before the March primary, when Lacey’s husband David was captured on camera appearing to point a gun at protesters who’d knocked on the couple’s door. David Lacey was charged with three counts of assault with a firearm in the incident.

The evening prior to the announcement of Garcetti’s endorsement, Lacey and Gascón squared off on the debate stage. According to L.A. Daily News, Lacey accused Gascón of making a “mess” of San Francisco, while Gascón accused Lacey of being too chummy with police unions. Meanwhile, both candidates reportedly agreed that systemic racism exists in law enforcement.

It’s been a tough summer for Lacey, who’s seen a number of high-profile endorsement evaporate. While Dianne Feinstein, Judy Chu, Norma Torres, and most of the L.A. County Board of Supervisors have stayed put, congressmen Adam Schiff, Ted Lieu, and Alan Lowenthal recently switched their support to Gascón.

“I am honored to have the support of Mayor Garcetti, and if I’m fortunate to have the support of the voters, I’m excited to roll up my sleeves and work together once again to enhance the safety and livability of our communities,” Gascón said in a statement on Sunday. “We have a tremendous opportunity to make deep, substantive changes in the largest county in America, and together I know we can, and we will.”