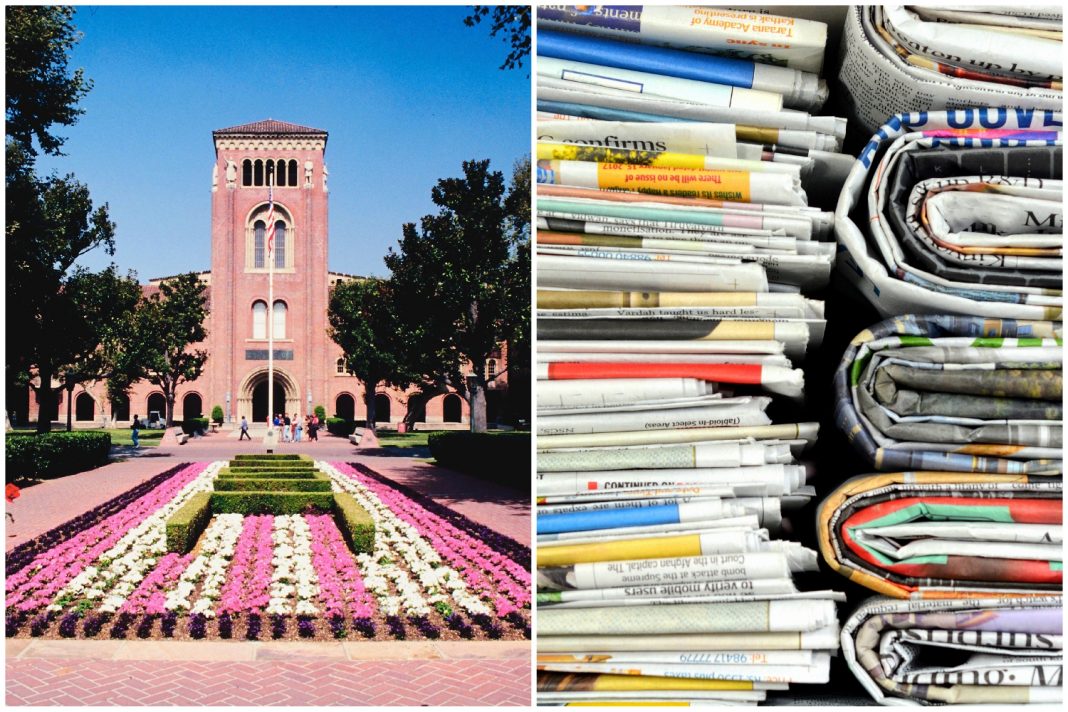 You’d think the student journalists at USC’s Daily Trojan would’ve spun into action when news broke that their school was at the epicenter of a national college bribery scandal. But it was Spring Break and many were out of state—or even the country.

Allen Pham, the paper’s editor-in-chief, told me via email that he couldn’t chat because he wasn’t in the U.S. The only two staff members actually on campus when the scandal broke (out of a total of 27) were Mia Speier, the news assignment editor, and news editor Andrea Klick. Neither was terribly interested in chatting with a reporter.

“I am unable to give my personal opinion or thoughts on the situation, but I am able to discuss the Daily Trojan‘s coverage of the situation if you would like,” Speier wrote via email. Klick was only willing to talk about her journalistic process, too.

Since Tuesday, Klick and Speier have written about the school’s internal investigation into the bribery scheme, spearheaded by USC president Wanda Austin. They also got the School of Cinematic Arts to weigh in on the claim that a hedge fund manager donated money to secure his twin daughters’ admission. (The school denied the claim, stating that the donation was made after their admittance.)

They haven’t been able to get any off-the-cuff comments from administration officials but insisted they weren’t being shut out either.

“It’s not that they’re not being transparent, it’s just that every single news source in the country has been sending our media relations people emails and requests, so it does slow their flow,” says Speier.

Yesterday morning, after the #CollegeAdmissionScam broke I was absolutely dreading having to cover the story. As a student journalist @USC it gets tiring having to devote all of your time and energy to breaking scandals and crazy stories. But today, I'm feeling incredibly proud.

This is, of course, only the latest public embarrassment that USC’s student newspaper has had to cover over the last few years, including (deep breath) a campus gynecologist accused by students of inappropriate behavior that stretched back decades, a medical school dean who partied with criminals and did illegal drugs, and a former assistant basketball coach who pleaded guilty to accepting bribes from a sports management firm.  “It’s been tiring,” Speier recently admitted to her Twitter followers.

I wondered how they felt about the media’s portrayal of the scandal—particularly the L.A. Times’ coverage of student reactions.

“We can’t speak to that,” said Speier. “The L.A. Times is a pretty large local and national newspaper, they’ve used their incredible resources and broken a lot of stories and we commend them for that.”

I mentioned a professor I knew at USC who was posting a lot about the scandal. Had they reached out to any they knew for comment?

“Professors are people, too, and they’re allowed to post their opinions,” said Speier. “I’m sure some have been speaking out, there may also be some who are indifferent. I’m sure it’s a mix. We can’t really speak to what the professors think at this moment.”

I asked again why they were being so guarded about their opinions. Weren’t journalists are allowed to be people, too? Were they scared about compromising future access?

“The purpose of all journalism—at the national, regional or local levels—is to be objective and truthful in your writing and intention,” said Speier. “We are just two individuals who can’t speak on behalf of all USC students.”

“We can say that some students are indifferent, some don’t care, and some don’t even know what’s happening,” she added. “Others are furious.”

RELATED: Add Operation Varsity Blues to a Growing List of Scandals at USC