» At least two lawsuits have been filed following the Astroworld Festival tragedy that left eight people dead and hundreds injured in Houston on Friday night. A Houston resident filed suit Saturday in the District Court of Houston against festival founder and headliner Travis Scott, promoter Live Nation, individuals affiliated with NRG Park and Scoremore Holdings, and several other defendants, while another plaintiff filed suit in the same district against the same defendants and also rap superstar Drake who was a featured guest during Scott’s performance. [Variety]

» After their long-running beef, Vin Diesel on Sunday asked Dwayne “The Rock” Johnson to make peace and return to the Fast and Furious franchise. “I told you years ago that I was going to fulfill my promise to [Paul Walker],” Diesel said in an Instagram post. “I swore that we would reach and manifest the best Fast in the finale that is 10! I say this out of love… but you must show up, do not leave the franchise idle you have a very important role to play. Hobbs can’t be played by no other. I hope that you rise to the occasion and fulfill your destiny.” [The Hollywood Reporter]

» A new study done by U.S. News has ranked Los Angeles as the No. 7 most fun place to live in America, ahead of other cities like New York, Boston, Philadelphia, Las Vegas and Chicago. The other California cities that made the list include Fresno (No. 26), Sacramento (No. 24), Santa Rosa (No. 10), San Francisco (No.2), and San Diego which was ranked No. 1. [CBS Los Angeles]

» Former President Donald Trump baselessly claimed that actor Alec Baldwin might have intentionally fired a loaded gun at crew members on the set of Rust, which led to the death of the film’s cinematographer. “He’s a troubled guy,” Trump told conservative radio host Chris Stigall on a podcast on Thursday. “There’s something wrong with him. I’ve watched him for years. He gets into fistfights with reporters,” Trump said. He added: “He’s a cuckoo-bird. He’s a nutjob. And usually, when there’s somebody like that, you know, in my opinion, he had something to do with it.” [DEADLINE]

» Just four months after the Pomona Unified School District removed school police from high schools and replaced them with proctors trained to de-escalate tense situations, the board has reversed their decision following a shooting. The shooting, which took place near Pomona High School and left a 12-year-old injured by broken glass and debris, prompted the Board of Education to vote unanimously to bring school police back for safety reasons. [Los Angeles Times]

» Why Inglewood’s Principal Is Apologizing for Football Team’s Win The Sentinels beat their archrivals, Morningside Monarchs, by 106-0

» West Hollywood Raises Its Minimum Wage to Highest In the Nation The city council passed motion to raise the hourly wage to $17.64 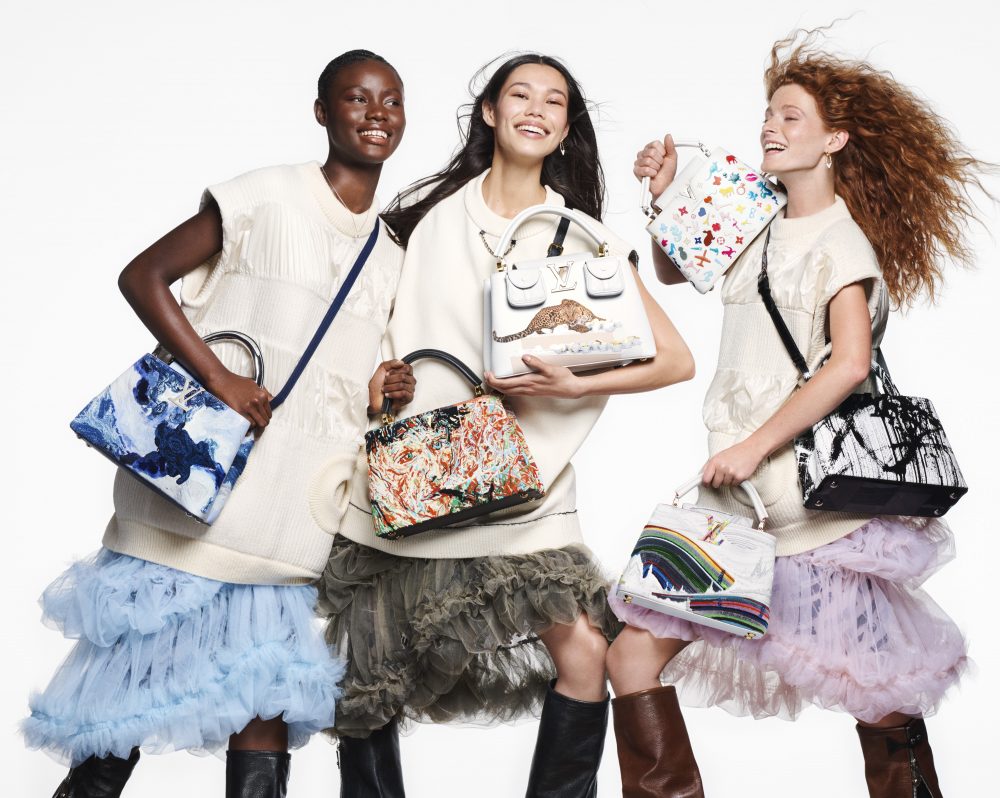 Kate Hudson, Katy Perry, Orlando Bloom and Nicole Ritchie were among Los Angeles’ glitterati that turned out for an exclusive dinner celebrating the launch of Louis Vuitton’s third chapter of its limited edition and highly coveted Artycapucines Collection.

The 36 attendees, also including Rachel Zoe, Dylan Penn, Jennifer Meyer and Joel Madden, posed with one another as well as each of the six Capucines bags that were used as canvas by artists featured in the much-anticipated union of contemporary art and high fashion.