» Tom Brady Returns for 23rd Season in Tampa Just 40 days after announcing his retirement, the seven-time Super Bowl champion is returning to the Tampa Bay Buccaneers for his 23rd season in the NFL. [ESPN]

» American Journalist Fatally Shot by Russian Forces in Ukraine Brent Renaud, a Peabody-winning documentary filmmaker and photographer, was fatally shot in the suburb of Irpin on Sunday. He was 50. [New York Times]

» Hailey Bieber Recently Hospitalized After Experiencing ‘Stroke Like Symptoms’ The 25-year-old model and wife of Justin Bieber shared her experience in an Instagram post to her stories on Saturday, saying that doctors found a “very small blood clot” on her brain on Thursday morning, but her body passed it on its own and she “recovered completely within a few hours.” [CNN]

» ‘The Power of the Dog’ Wins Best Picture and Director at BAFTAs Jane Campion’s Western about two clashing brothers on a Montana ranch, starring Benedict Cumberbatch, Jesse Plemons, and Kirsten Dunst, took home the top two prizes at this year’s BAFTAs. [The Guardian]

» Jussie Smollett Placed in Psych Ward at Cook County Jail, His Brother Claims Jussie Smollett’s brother, Jocqui Smollett, claimed Sunday on Instagram that the actor was being held in a “psych ward” in jail. [NBC News]

» Singer and Television Personality Traci Braxton Dies of Cancer at 50 Traci Braxton, who is best known for the reality series Braxton Family Values, appearing with her siblings,Toni, Towanda, Trina, Tamar, and Michael, has died following a battle with cancer. [Los Angeles Times]

» This is the Cheapest Day of the Week to Fill Up Your Gas Tank, According to Experts Gas prices tend to be lowest at the beginning of the week, on Monday and Tuesday, according to GasBuddy’s lead petroleum analyst Patrick De Haan. [KTLA]

» Having Found Financial Freedom Through His Music, Kyle Wants Fans to ‘Own Some of It’ Too Los Angeles caught up with the newly independent artist to discuss his latest album and his ’I Miss U’ tour 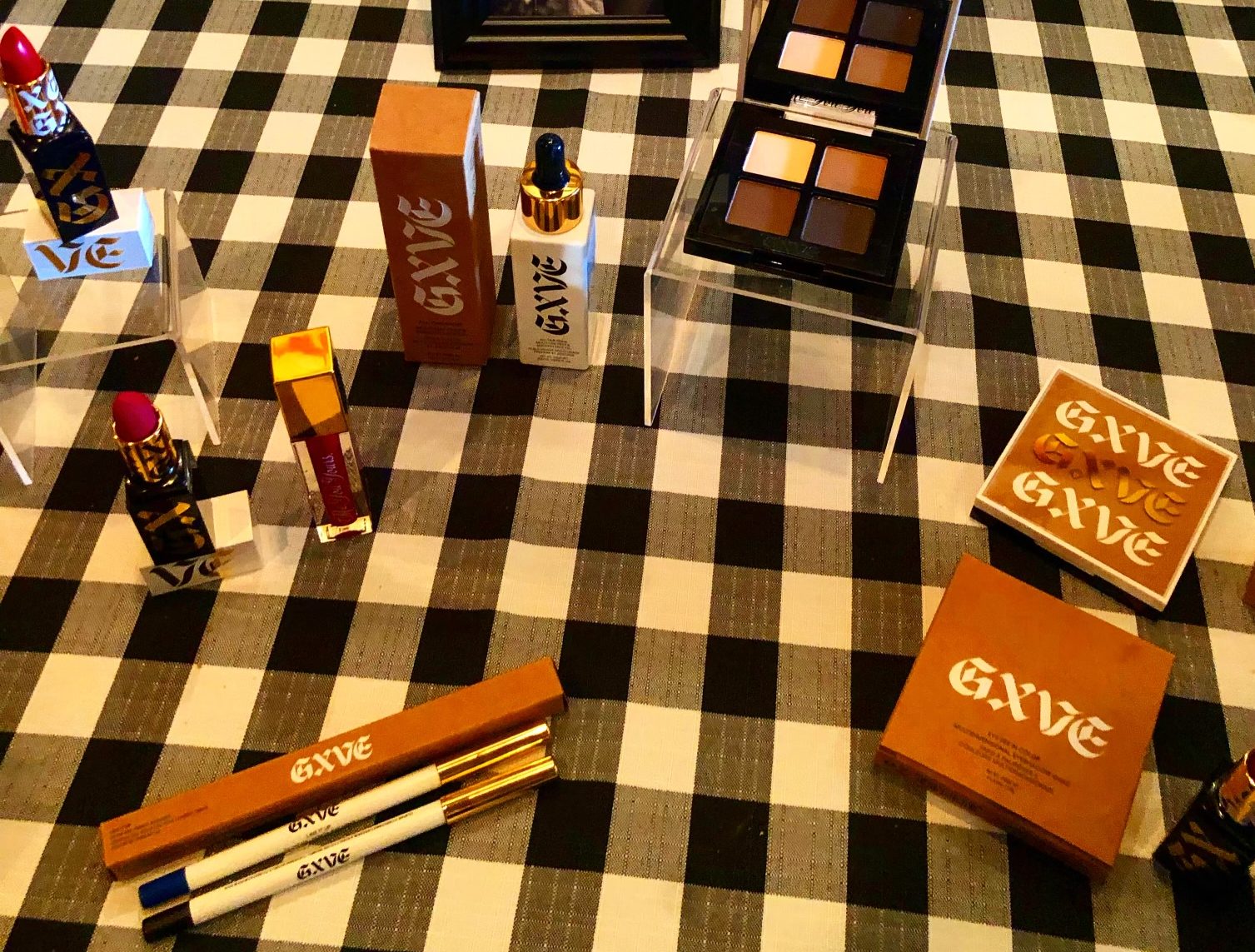 The first question to consider about Gwen Stefani’s brand new makeup line called GXVE Beauty: What took her so long?

The Anaheim-born platinum blond pop singer is as iconic for her signature look and clothes as she is for her voice and songs. Turns out, Gwen’s very first job was doing hair and makeup in a local Anaheim mall—and her love of it never wavered. Still, it took four years to develop GXVE. “I know it took longer than it should have,” she admitted at the official launch lunch, which cozily took place in her hometown of Anaheim. “But the journey was incredible, today is surreal. After my life fell apart during my divorce (from Bush frontman Gavin Rossdale in 2016), I wanted to do something that was truly me. I don’t think of myself as a celebrity. I am ME, a girl from Anaheim. I’ve been playing with makeup since I was a kid. I could talk about makeup all day long! This is as real for me as it gets!”