Home The Daily Brief Morning Brief: Protests in the Wake of George Floyd’s Death Are Making... 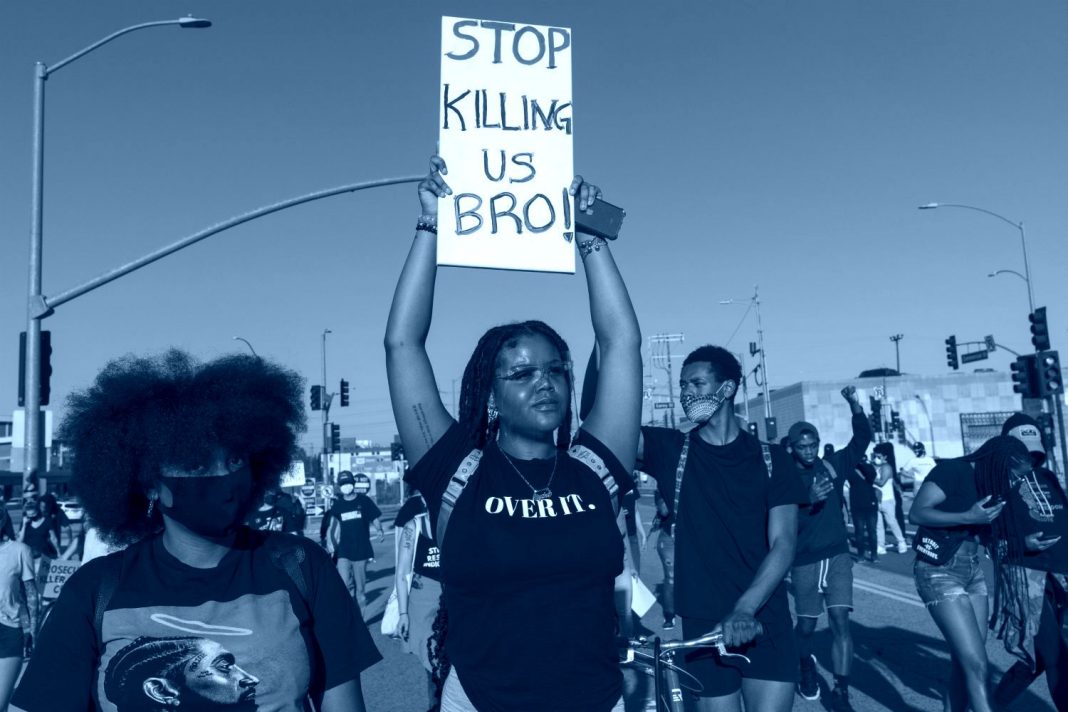 » The current protests reflect a historic, multicultural movement. Marches have been some of the most diverse seen in American history–and they may deliver some of the most immediate policy results. [Los Angeles Times]

» Sunday’s protest in Hollywood is estimated to have drawn around 20,000 demonstrators. The event is being described as the largest anti-racism protest yet seen in the city. [NBC Los Angeles]

» While our attention has been turned to other things, California had its highest average number of new COVID-19 cases in the course of the pandemic. [Twitter / Washington Post]

» A police officer was injured in North Hollywood last night after a suspect who’d barricaded himself in his apartment emerged with a crossbow and opened fire. According to LAPD HQ on Twitter, the crossbow incident “precipitated an officer-involved shooting,” but the suspect was not inured. [ABC 7 / Twitter]

» May jobs numbers appeared to show a marked drop in the national unemployment rate–but it turned out to be a mistake. A “misclassification error” caused numbers to appear to drop when it actually rose.  [PBS NewsHour]

» A new documentary about Bruce Lee is being called a “must-watch” for shining light on racism in Hollywood. Be Water premiered Sunday on ESPN. [USA Today]

» The owners of McCabe’s Guitar Shop, a cultural hub for 50 years, are retiring. The couple cite pandemic fallout as part of the reason. [Los Angeles Times]

» Schools have a lot of work to do to get ready for in-person classes. Deep cleanings, new furniture layouts, creating schedules for pick-up and drop-off that avoid crowding, and more.  [CBS Los Angeles]

» Responding to Backlash, L.A. Pride Issues Apology for ‘Missteps’ in Planning The June 14 event is now being ”reevaluated”

» The National Guard Is Reportedly Pulling Out of L.A. Heavily armed soldiers will no longer be a presence at L.A.’s peaceful protests

» Woman Photographed Pretending to Put Up Plywood in Santa Monica Has Reportedly Been Canned Caught on video, she was shamed by everyone from Pink to LeBron for her self-promotional stunt

Movie Theaters Are Still Closed, but These Drive-Ins Are Open for Business

Business has boomed at Mission Tiki Drive-In theater in Montclair over the last several weeks, as outdoor theaters are the only type allowed to operate in California at the moment. This weekend’s presentation of Groundhog Day aside, it seems like déjà vu to see movies like Knives Out and Jumanji: The Next Level still on the marquee, many months after their initial release.