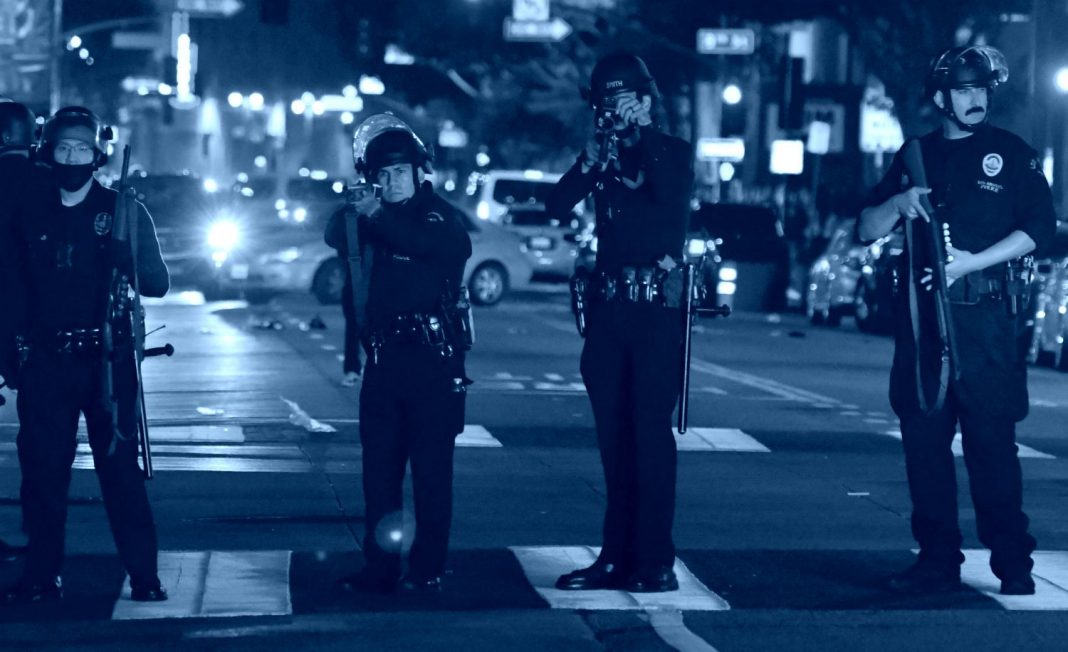 » Videos captured from protests across L.A. document disturbing incidents of police aggression. Footage has emerged of police shooting a woman with a Taser while she lay on a Hollywood street, an LAPD officer driving into protesters near Pershing Square, sheriff’s deputies shooting pellets at teenage boys from a moving vehicle, an officer punching and kneeing a man, forcing him to the ground, and more. [Los Angeles Times]

» Following a companywide town hall meeting during which employees complained of many things, including “alleged abusive behavior toward editorial staff,” Variety editor-in-chief Claudia Eller stepped down from her role, at least temporarily. The impetus for the meeting was Eller’s unpleasant reaction to criticism on Twitter regarding newsroom diversity. [The Wrap]

» Musky boy is going full Trump! After Amazon refused to sell his book on COVID-19 because it didn’t meet their standards, Tesla figurehead Elon Musk tweeted (exclamation point and all) that Amazon should be broken up because “monopolies are wrong!” [NBC News]

» The mayor of Temecula, James Stewart, has resigned after allegedly voice-dictating an email that said he didn’t “believe there’s ever been a good person of color killed by a police officer” in that city. He later told a reporter that he didn’t mean to say “good” and he wasn’t sure why the software he was using included the word. [KTLA]

» A Los Angeles Times op-ed by Nancy Silverton and Michael Krikorian has been criticized for racist language. The authors likened looters to “roaches” and called COVID-19 “That Wuhan, China, bat thing.” [Eater L.A.]

» Movie theater owners say they’re confident many of their screens will be showing movies by mid-July. One trade group estimates 90% of global cinemas will reopen in the next six weeks. [Business Insider]

» California state lawmakers have committed to establish rules for the use of rubber bullets by police. “No one who is simply exercising their right to protest should face possible injury or death because officers are indiscriminately firing rubber bullets into a crowd,” said Assemblymember Lorena Gonzalez. [Los Angeles Times]

» N.W.A’s signature song, “Fuck Tha Police” has skyrocketed in streams over the last week. What possible reason might there be? [Hip Hop DX]

» Meghan Markle Pays Tribute to George Floyd in Address to L.A. High School Students “We are seeing people stand in solidarity, we are seeing communities come together and to uplift. And you are going to be part of this movement”

This Weekend, Stream These Films and Documentaries that Celebrate Black Talent and Black Stories

Spend the weekend with Just Mercy, 13th, and more. Pay special attention to Let it Fall: Los Angeles 1982-1992, a 2017 documentary about a decade of police misconduct in our very city, and what was exposed after Rodney King.