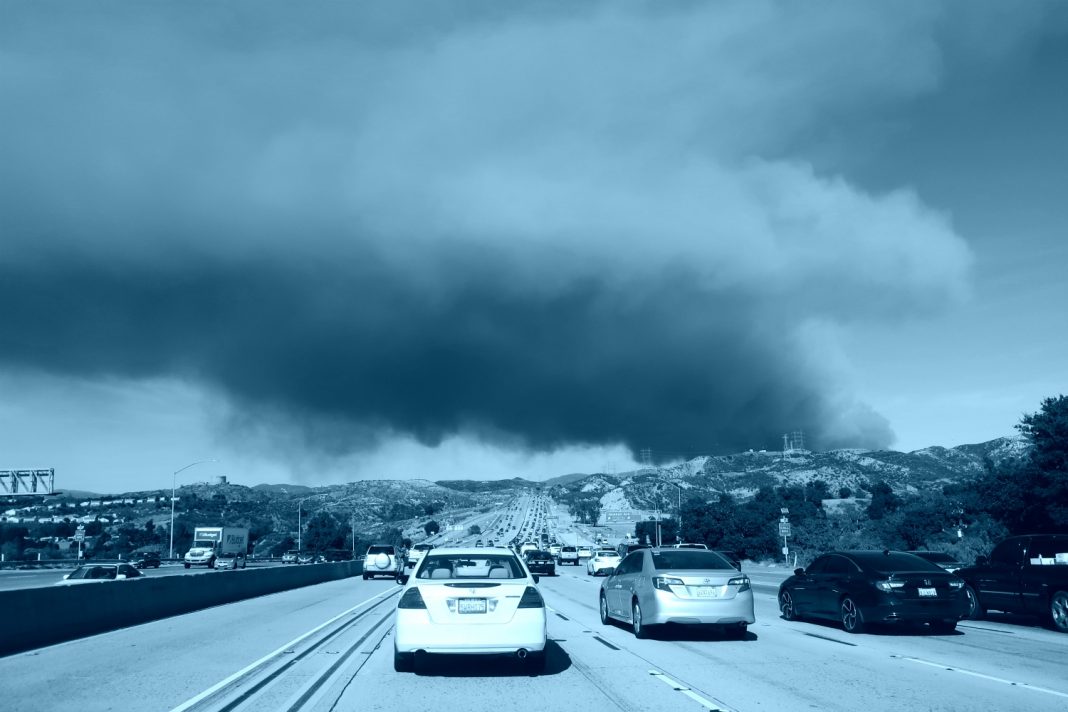 » Some blazes may be receding around the state, but don’t get too comfortable. With no rain in the forecast, “fire season” is expected to continue at least into December.  [Los Angeles Times]

» Thursday marks the year anniversary of the mass shooting at Borderline Bar and Grill in Thousand Oaks. The mother of Tel Orfanos recalls the response she got after passionately shouting “No more guns!” on television. “Within two hours we got messages on my phone,” she says. “The majority were supportive. But there were those people that threatened us. ‘You will not take my gun, boom boom.'” Tel Orfanos had survived the mass shooting in Las Vegas only to be killed at Borderline. [ABC 7]

» On Thursday, a healing garden will be unveiled at Conejo Creek North in honor of the 12 victims of the massacre. [Los Angeles Times]

» Claiming an obscure Academy rule, Nigeria’s first-ever submission for the Best International Film category Oscar has been disqualified for using “too much English.” The film, Lionheart, is partially in Igbo, and partially in Nigeria’s official national language…. which happens to be English. [AV Club]

» According to a new national survey, Americans now rank marijuana as significantly less harmful than alcohol, tobacco, or e-cigarettes. “Ten years ago, we were jailing people for marijuana. Now people see this as not essentially very harmful,” said one Harvard researcher. [Politico]

»  In the wake of selling off and closing most of its stores, Barneys New York has begun liquidation sales. You could score a whole, whopping five percent off a designer bag. The Beverly Hills flagship is one of the only shops still open. [New York Times]

» Christopher Street West, the nonprofit behind West Hollywood Pride, has announced a bid to host WorldPride in 2025. WorldPride launched in Rome in 2000 and moves to a new city each year. [WEHOville]

» One local organization is helping prepare formerly incarcerated people for jobs in entertainment. The program was started by a man who discovered his own passion for screenwriting while serving time. [KTLA]

» Hollywood Power Brokers Are Rallying to Keep a Dem in Katie Hill’s Seat. A high-profile fundraiser is reportedly being organized for their pick: Assemblywoman Christy Smith

» A ‘Data Breach’ at the DMV Exposed Personal Information of Thousands of Californians Social Security numbers, immigration status, and other private details were improperly released

George Van Tassel’s post-war life started off typically enough. In the years after WWII, he was working as a tool and dye maker at Douglas Aircraft in Santa Monica, and living with his wife Eva and three daughters in a 900-square-foot bungalow in Sawtelle. By the end of the decade, he had relocated the family to tents next to a giant rock in the Mojave Desert where he communicated with “space people” who shared secrets about telepathy, immortality, and instructions to build a hemispherical umbrella dome that became known as the Integratron.

Architectural historian Daniel Paul landmarked the unusual structure in 2018, and will explain the art and science of Van Tassel’s midcentury wonder at Zebulon on Wednesday, November 6. In advance of the event, we talked to Paul about aliens, Howard Hughes, and more.