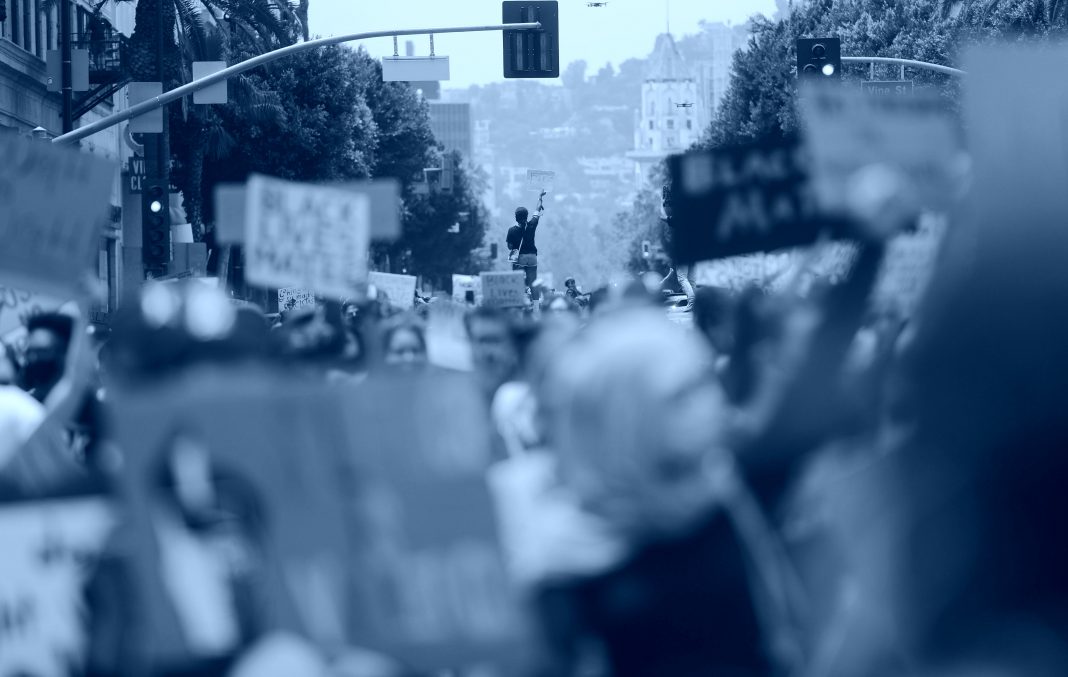 » The rubber bullets police shoot at protesters can kill, blind, maim, and cause other grave harm. Police are not required to document their use of the projectiles, so there is no transparent information about how often they are used–and no legal standards exist for when their use is appropriate. [Los Angeles Times]

» Nearly 70 percent of Americans say they are “sympathetic to people who are out protesting right now,” per a new survey. A majority say they disapprove of how Donald Trump is handling the situation.  [Reuters]

» Murals celebrating Kobe Bryant have gone untouched by graffiti in recent days. Vanessa Bryant checked in on some of the paintings via Instagram and posted her thanks. [Buzzfeed]

» An armed man dressed up in National Guard attire and infiltrated a group of troops in DTLA late Monday night. When he was finally discovered, he was found to be “armed to the teeth” and arrested on assault weapons charges. [Fox 11]

» All the #brands came out with their statements about racism and brutality. Now consumers are wondering how many corporations will act on those statements, rather than simply pay lip service.  [CNBC]

» Mark Zuckerberg is not bothered by his own staff walking out on the job over his decision not to challenge Donald Trump’s comments on Facebook. Leaked audio recordings of Zuckerberg appear to capture him saying that Trump’s “looting and shooting” comments had “no history” of being interpreted as inciting violence. [Vox]

» Military-style aircraft spotted flying over L.A. last weekend were not, in fact, related to protests. They were just here to (checks notes) airdrop thousands of sterile flies. [The Drive]

» Police in Van Nuys Detained a Black Family Defending a Local Business, Mistaking Them for Looters A local TV crew broadcast the incident live, as cops handcuffed the very people that had called the officers over to help them protect the 30-year-old shop

In recent days, thousands of Angelenos have taken to the street in demonstrations expressing anger at police brutality, triggered specifically by the May 25 killing of George Floyd, for which a Minneapolis police officer has been arrested on murder charges. Similar protests have taken place in cities across the country, and may continue for days to come. If you are wondering how to support protesters with financial contributions to the anti-brutality movement, several verified organizations are accepting donations.